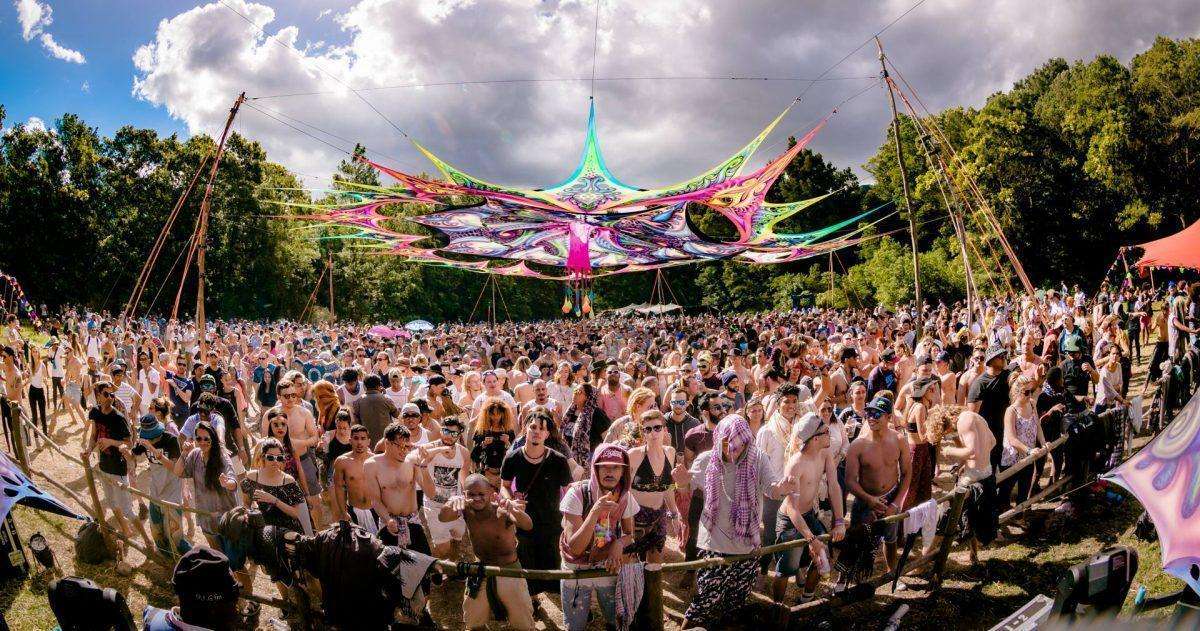 Organik will be celebrating their 10 year anniversary at Gaian Dream 2017 in a few weeks!

To commemorate the occasion, we’ve put together a brief history lesson on how Organik came together and their contribution to the psychedelic trance scene. With the increase in outdoor festivals this season, we’ve put together some reasons why you should attend the upcoming Organik Gaian Dream 2017 taking place on the 13th – 15th of October.

How was Organik started?

Organik started sometime in 2006 hosting indoor psytrance events around Cape Town. The first event took place at Cool Runnings (later known as Roots, now Trenchtown) in Obs, which became their home for the next five years.

Organik weekly Wednesday nights featured local talent and international artists like Japanese duo B-55, during the height of full on and twilight.

Alternative venues for Organik indoors included iconic Cape Town night life names like Rhino Room and the Train Lodge (for ‘Tripping on the Tracks’ in 2007).

Once these indoor events reached attendance around 1000 psytrance enthusiasts, it was only natural to start thinking about hosting outdoor festivals under the Organik banner.

The event was considered a success, with 1500 people attending, even with a last minute venue change from Greyton to Malmesbury.

But as anyone in the event industry knows, hosting outdoor festivals is a completely different ballgame. Their dedication has been tested several times, when in 2010 they were faced with licensing issues at the ‘Change The World’ party featuring Azax Syndrom.

The event went ahead and took place in Stellenbosch despite pressure from authorities, but it was a reminder not everyone’s a fan of such gatherings.

Two years later, at their annual Gaian Dream event in 2012, Organik were faced with downpour for the whole week of the event. This was another casual reminder, that even when you have everything in place, sometimes the weather can be your worst enemy in the game of hosting outdoor festivals.

However, even with these challenges faced, Organik have delivered top notch parties, sticking true to the phrase that has followed them, “Don’t Panic, It’s Organik!”.

Nowadays, Organik has cemented itself on the Cape Town outdoor festival calendar with two iconic festivals. The first, titled ‘Love Project’, takes place around April/May, and is a 2 day 1 night gathering located in Caledon.

The second gathering, Organik Gaian Dream, which has become their signature festival, takes place in October every year and has recently grown in numbers. Their last edition, Organik Gaian Dream 2016, was their best attended event so far, proving Organik have found their groove in an otherwise overpopulated scene.

Starting with the music, this years line up includes the likes of internationals G.M.S, Pixel as well as their new combined project, 3 of Life. The line up is rounded off by a carefully curated list of top tier local stars including the likes of Broken Toy, Dave Mac, Deliriant, DJ Mark, Headroom and more on a THUMPING soundsystem. Psychedelic beats for days!

ZARAZ, who has just returned from ZNA Gathering in Portugal, will once again be bringing the dance floor to life with a custom shade piece and decor setup specifically for Gaian Dream. This will be the teams biggest installation yet from what we’ve heard, so prepare to be amazed by some serious eye-candy!

Moving on to the venue, located just outside Greyon. Organik has always managed to encapsulate an experience beyond the music.

The Gaian Dream venue features a ton of natural beauty with a massive dam to cool down in. The lush fields and cover provided by trees allows you to settle in nature and experience true camping among the woods. There is also a wide selection of food, craft and clothing stalls available throughout the weekend.

Whether you’re a Cape Town local, flying in from South Africa, or a traveler from abroad, you should experience Organik Gaian Dream 2017 from 13th – 15th of October.