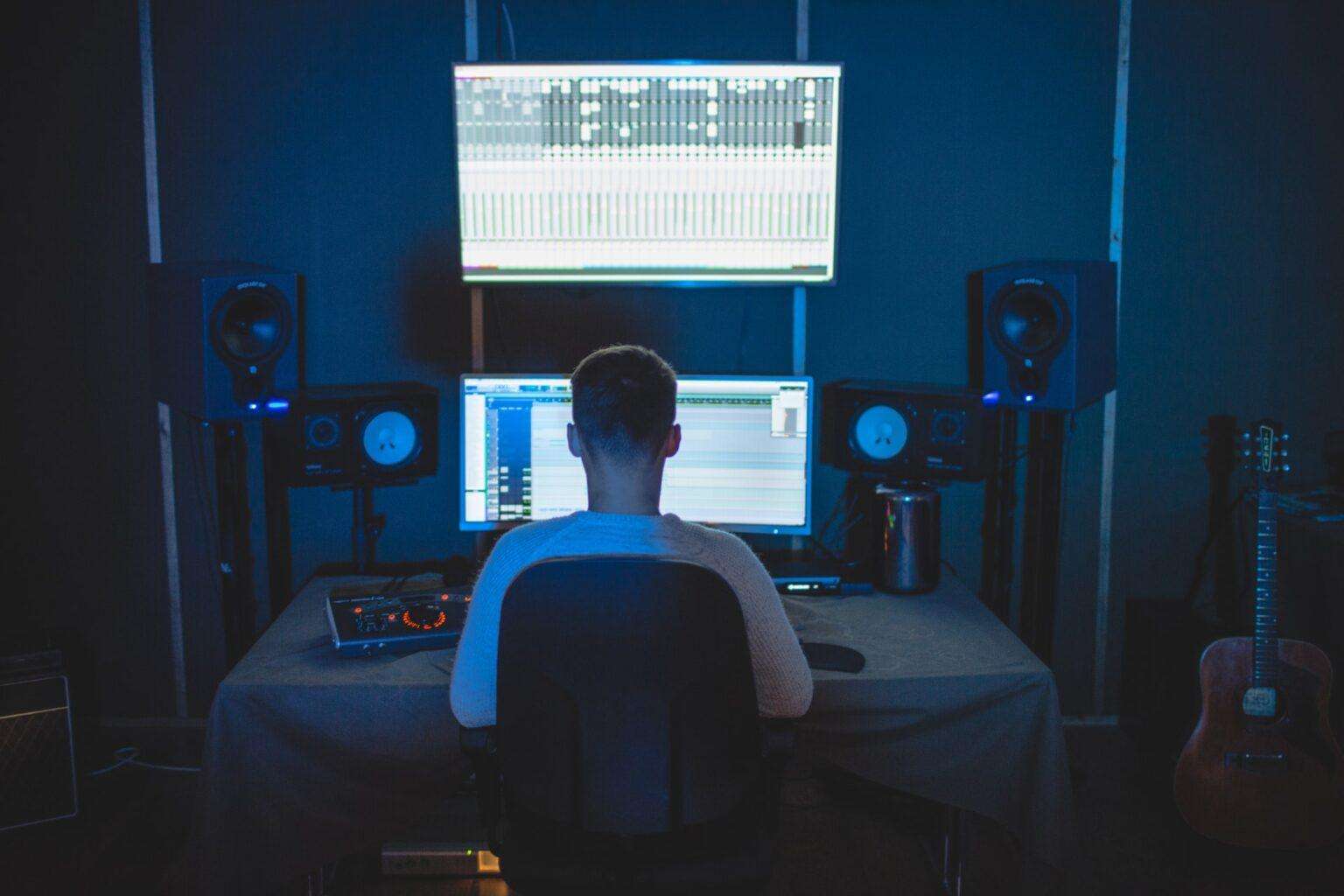 Don't feel like the hassle of building your own computer? Want to find a pre-built PC that is perfect for music production? Here's our top picks off the shelf.

When browsing around, there are a bunch of important computer components to consider to get the most out of your DAW software.

Music production even as a hobby can be quite resourceful. If you’re using a lot of plug-ins, have a large sample library or use multiple channels in your DAW, you’ll need a computer with significant power – especially the CPU and SSD.

A desktop provides benefits of a laptop for music production. You will have an option of many choices and configurations to suit your budget.

If you’re not comfortable putting together the best PC build for music production, then we have some off-the-shelf options below that will work in any music studio.

How To Choose A Computer For Music Production

One of the huge benefits to choosing a desktop PC for music production over a laptop is the price-performance. But you will still need to consider a fair budget, plus take note of a few primary components.

For a music production PC, your processor (CPU) and RAM are important. Plus, you’ll also need fast storage (SSD) and potentially a graphic card, which will take the load off your processor and will allow you to potentially perform video editing.

Cubase 10.5 and Ableton 10 for example recommend an Intel i5 processor or AMD Ryzen multi-core processor with 8GB or more RAM. So you’ll probably want these specifications at a minimum.

The Dell XPS 8930 offers the perfect balance of price, performance and style. But what really caught our eye, is the XPS 8930 Special Edition, which has been kitted out with high-end components.

Included for a reasonable price, you’ll get a an Intel i9-9900K, 64GB RAM, 1TB SSD + HDD and GTX 1050Ti graphics card. The XPS Tower is simply beautiful and works silently. Since it comes with a decent graphics card, you’ll also be able to edit 4k video without an issue.

While this intended to be a gaming PC, this AMD build from Skytech is perfect for music production, especially at a price of under $900. So you get the best of both worlds!

The Skytech Archangel build includes a Ryzen 5 3600 3.6GHz CPU, GTX 1660 Super 6G graphics card, 500GB SSD storage and 16GB RAM that will be a good entry-level machine for any DAW.

If you’re looking for a beautiful computer that’s built all-in-one with a screen, the Microsoft Surface Studio 2 rivals the Apple iMac Pro, but comes at the same appropriate cost and different features.

The latest Microsoft Surface Studio 2 model includes an Intel Core i7 processors, discrete NVIDIA GeForce GPU, large 28″ PixelSense Display that will blow you away, and comes with 16GB or 32GB RAM installed and fast PCIe 1TB or 2TB SSD.

With a sleek look that resembles something extraterrestrial, the Alienware Aurora R10 includes high-end components that make it a brilliant choice for music production and 4K video editing.

More importantly, liquid cooling has been introduced, which means a 70% reduction in noise, an important factor for any music studio. Plus, the computer reportedly runs 30% cooler.

Another popular choice for music production, the Apple iMac 27″ is an all-in-one unit, which means you don’t need to worry about a screen or peripherals.

There are various models available, from a quad-core i5 to an eight-core Xeon processor. If you’re an Apple fan, and want an easy solution, this might be for you.

If you’re looking for something more affordable, but still want to stick with Apple, then the Apple Mac Mini has an 8th-generation Intel Core i5 processor, 8GB RAM, Ultrafast SSD storage and more.

Unlike the Apple iMac above, you’ll still need a screen, keyboard and mouse. The Apple Mac Mini also uses an older 8th-generation processor, which is something to take note of.

If you’re a professional, or just have a lot of money to spend, the Apple Mac Pro can be kitted out with some of the highest specifications off-the-shelf. It’s got a bit of a funky “cheese-grater” design, but if you’re an Apple fan, you probably won’t mind anyways.

The model on Amazon ships with a 3.5GHz 8-core Intel Xeon W processor, 32GB RAM, Radeon Pro 580X graphics card and 256GB SSD storage, but it can be equipped with higher specifications if you go to Apple direct.

What CPU do I need for music production?

The AMD Ryzen 9 3950X is the best CPU for music production at the moment. If you prefer Intel, the i9-10900K is recommended.

How much RAM do I need for music production?

Since DAW software is quite memory intensive, a minimum of 8GB RAM is recommended. If your budget can afford it, rather go for 16GB RAM of more.

How much storage do I need for music production?

It is recommended to have a dual hard drive system, which will allow you to separate your OS, sample-based plugins and audio files.

Is Mac or PC better for music production?

It’s a debate that will never be settled. Buy something that you are most comfortable with. If you are unsure, try both of them in the shops if you have a chance. Since Apple currently uses Intel processors, just like a PC, there’s not much difference between them.