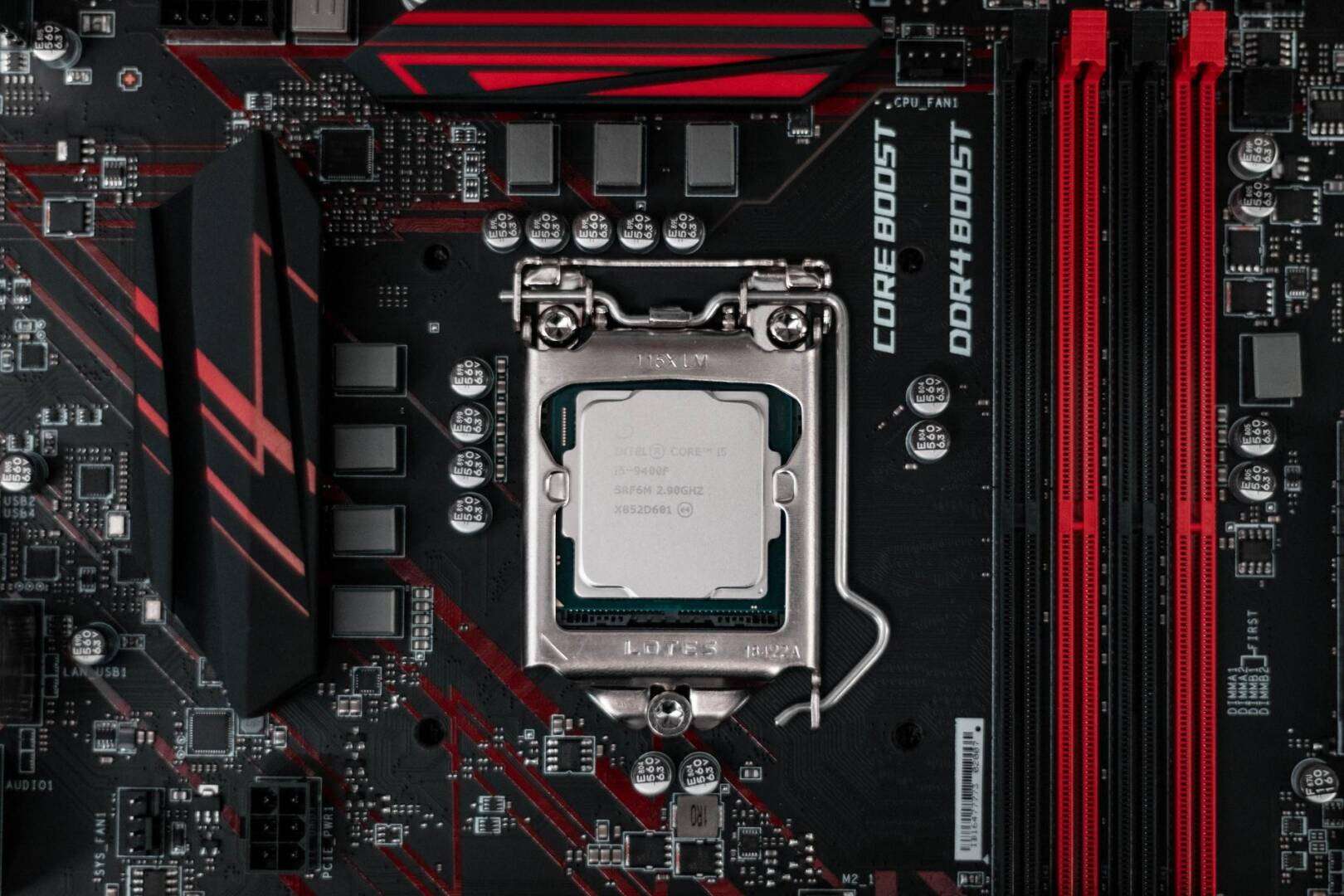 Building a new PC for your music studio? Find the best CPU for music production with our guide, no matter your budget.

When it comes to music production, the software and plug-ins you use can put a heavy load on your CPU or processor, which is one of the most important components of your PC.

You might already be stretching your budget as much as possible, but a powerful CPU will assist when there’s multiple tracks, instruments and digital audio effects. You’ll want something that is capable now and in the future. A smooth working process is important.

When shopping for a new CPU, you will want at least a quad-core process for music production. A dual-core might be sufficient for basic projects, but a quad-core either from AMD or Intel is recommended.

Popular DAW software like Ableton Live requires a dual-core at the minimum, while Pro Tools requires an i7 with 32GB RAM. The clock speed should typically be above 2.4GHz, but the faster the better!

At the moment, I think AMD CPUs provide the best value for money in terms of music production. However, the newly launched Intel Comet Lake CPU range looks very promising – especially the Intel Core i9 10900K in the high-end bracket.

However, you can’t go wrong with either AMD or Intel. Just remember, quad-core CPU at the minimum! If you need Thunderbolt 3 support, you will also need a compatible motherboard w/Thunderbolt 3.

However, if you’re planning on plugging in external devices using Thunderbolt 3, there are limited certified AMD motherboards like the ASRock X570 Phantom Gaming. If it’s not right for you, rather go with an Intel CPU that has many motherboards to choose from.

Right now the AMD Ryzen 5 3600 is at its lowest price ever, and is an absolute steal. For a sub-$150 price, you’ll receive a 6-core, 12-thread processor that includes a cooler too.

From our experience, the Ryzen 5 3600 is perfect for DAW use unless you have a ton of tracks or need strong single core performance.

The AMD Ryzen 5 3600 is an impressive CPU for music production as it features a quad-core with a 4.2GHz max boost. It scores an impressive 2,581 single thread performance score and 17,827 CPU Mark – not bad for a budget CPU!

The AMD Ryzen 7 3700X features 8 cores and a 4.9GHz boost clock, making it an affordable solution for any home or semi-professional music production studio.

If you’ve got a large budget, the AMD Ryzen 9 3950X is the best CPU available for general usage and music production. It features a whopping 16 cores with 4.7GHz boost clock, making any DAW software seem like a breeze.

The AMD Ryzen 9 3950X scores an impressive 39,255 CPU Mark, making it one of the fastest processors in the world. However, it only scored 2,746 in the single threaded benchmark, falling behind its Intel high-end counterpart.

While slightly pricier, Intel are the firm favourite when it comes to building a music production PC. If you aren’t worried about budget too much, have decent cooling or really need Thunderbolt 3 compatibility, then consider an Intel CPU for music production.

The Intel Core i3 10100 is the latest 4-core, 8-thread CPU that should be sufficient for reaching your music production DAW requirements. It’s got a base speed of 3.6GHz that can turbo up to 4.3GHz.

This CPU scores a respectable 2,646 single thread performance score and 9,021 CPU Mark, however similar AMD offerings have 20% more performance for a cheaper price from our experience.

The latest Intel Core i5 10600K Comet Lake CPU makes Intel once again the mainstream favourite. The CPU features six-cores, a base frequency of 4.1GHz and a top boost frequency of 4.8GHz.

During our tests, the Intel Core i5 10600K had no difficulty in single and multi-threaded workoads during DAW usage, including large sessions.

This proves to be a great bang-for-buck music production CPU, but don’t forget you will also need a Z490 motherboard to take full advantage of the processor.

This CPU scores a decent 2,977 single thread performance score and 14,951 CPU Mark, coming in far behind the AMD Ryzen 5 3600, which costs a whole lot less. That’s something to consider – it seems like Intel just can’t keep up.

If you’re someone who needs some of the best single thread performance or a professional music producer, the Intel Core i9 10900K is definitely the CPU to choose at the moment.

It also offers the best Thunderbolt 3 compatibility (withe the right motherboard like MSI MEG Z490 Godlike), so connecting your external devices like MIDI keyboard won’t be a problem.

The Core i9 10900K features 10 processing cores and can reach an impressive 5.3GHz with Turbo Clock. If that’s not enough, you can overclock it too.

This CPU scores a whopping 3,225 single thread score and 24,051 CPU Mark, which is quite a bit above the AMD Ryzen 7 3700X counterpart and the fastest CPU on the list.