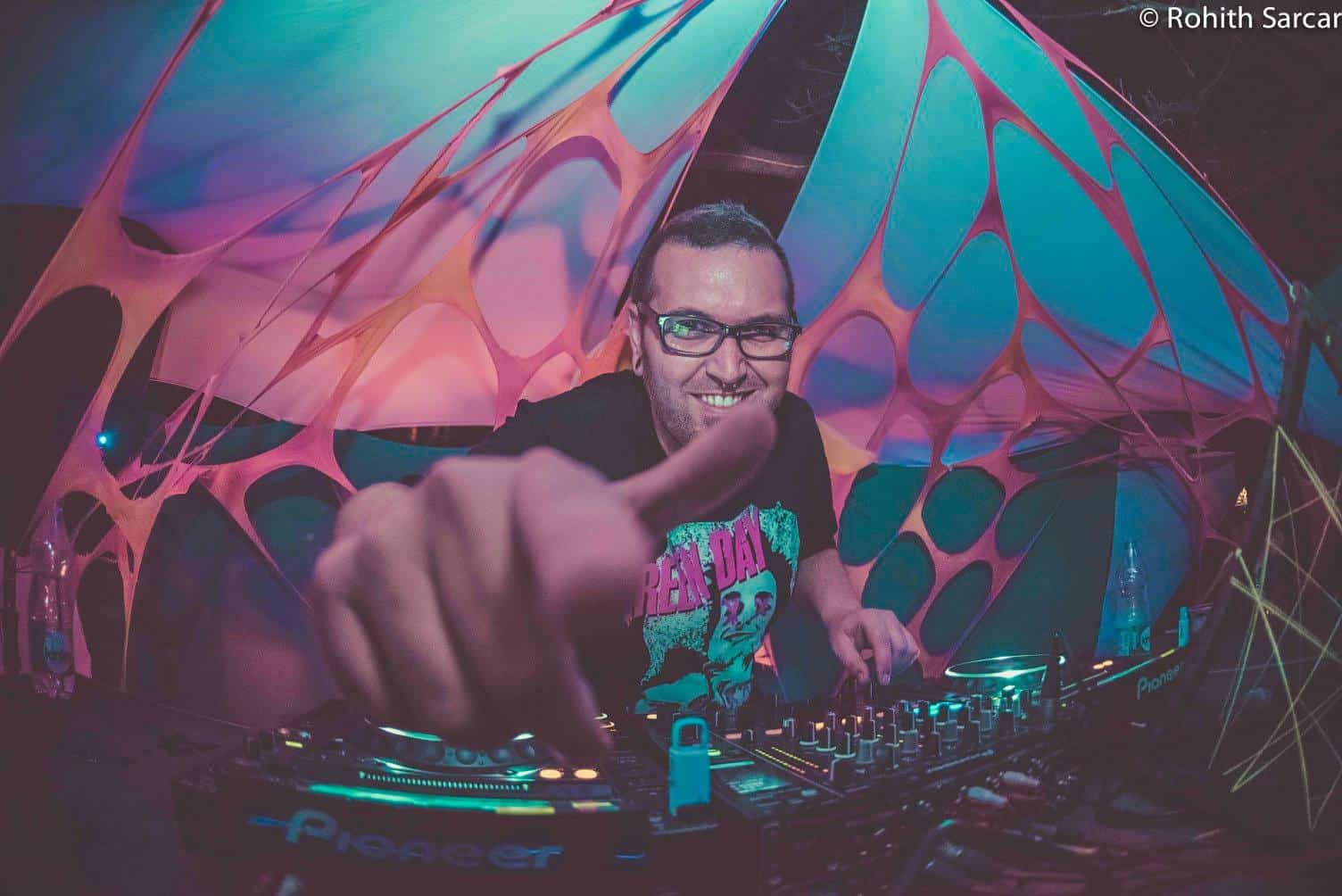 Imagine Mars is the solo psychedelic project of Oshry Ben Simon. A veteran of the psytrance scene, the producer from Tel Aviv, Israel has released on several labels including Nano, HOMmega, Yellow Sunshine, Iboga and his very own Sacred Technology.

Imagine Mars is the solo psychedelic project of Oshry Ben Simon. A veteran of the psytrance scene, the producer from Tel Aviv, Israel has released on several labels including Nano, HOMmega, Yellow Sunshine, Iboga and his very own Sacred Technology.

Hi Oshry. You’ve been releasing as Imagine Mars since early 2017, but have been a producer for over a decade now.

I’ve been around for many years and been involved in several projects.

With Imagine Mars, it’s still fresh and new, yet I’m exploring and trying to find the right sound I want to create. Our scene is getting bigger and bigger every year and I have to say I love it.

Can you tell me about the name Imagine Mars? Does it have personal meaning to you?

When I started Imagine Mars, I was hoping to find a special name for my new project and honestly that was hard [laughs], so I was thinking to combine two words. Mars was something I wanted inside the name, but I couldn’t attached the right word. After listening to John Lenon song ‘Imagine’, it hit me, and it was not the first time I’m listening to this song. Only this time it was special!

What makes Imagine Mars particularly different from your previous projects?

Imagine Mars tempo is faster and new from any other project I was involved. I’m so happy to create something fresh and hopefully different. It’s hard for me to define it,
but I’m proud of the result.

What is your creative process like when working on a track?

It’s always changing. It can start with only the kick & bass, and move on into a story. Sometimes it will start with the introduction. I guess it always depends on the mode I’m particularly into at the moment.

Do you have any special tools in the studio that you love to work with?

You’ve also collaborated with quite a few artists.

Working with another artist can be for me very inspiring, as each one brings his own thing to the track we’re making. I’m also always open to learn new techniques and get different point of view about creation.

You also perform under the alias DJ Osho. How do these sets differ to your Imagine Mars sets?

I always try to keep it psychedelic but on my DJ Osho sets I’m playing in the range of 138-142 BPM.

Tell me about the record label you run, Sacred Technology. Why did you feel the need to form it?

I want to have a say when it comes to music, I was always surrounded with amazing musicians that create beautiful music and I guess I wanted to gather ya all under one interesting umbrella

How would you describe the roster of artists on the label?

Every artists bring something different in his creations, but all of them keeping it Full On and Psychedelic. Our current roster includes Outsiders, Electric Universe, Outside The Universe, Volcano, ShivaTree and some new additions that we will announce soon.

What are your thoughts on South African festivals?

South Africa is a very beautiful place with great people. I always feel excited when I know that I need to return and play in South Africa. The energies in the parties always in high level, people love to party and I love it!

What are your thoughts the scene in Goa and Hill Top?

I love Goa and I love Hill Top. In my personal opinion it’s one of the best events / festivals in our scene. I’ve watched it grow every year and I’m so happy to be a part of it as I’ve performed for the last couple of years. If I can recommend anyone who reads this, definitely make a trip to Goa!

I think for every DJ and producer, playing at Boom and Ozora is a big goal. For me, it’s the biggest gathering in our psychedelic global scene. I think you would have to visit there to understand the magic and the energies you will get. Not only from playing at the festivals, but for partying at the festivals.

Thank for the interview! Anything to add before we finish off?

Thank you for the interview. See you all soon!