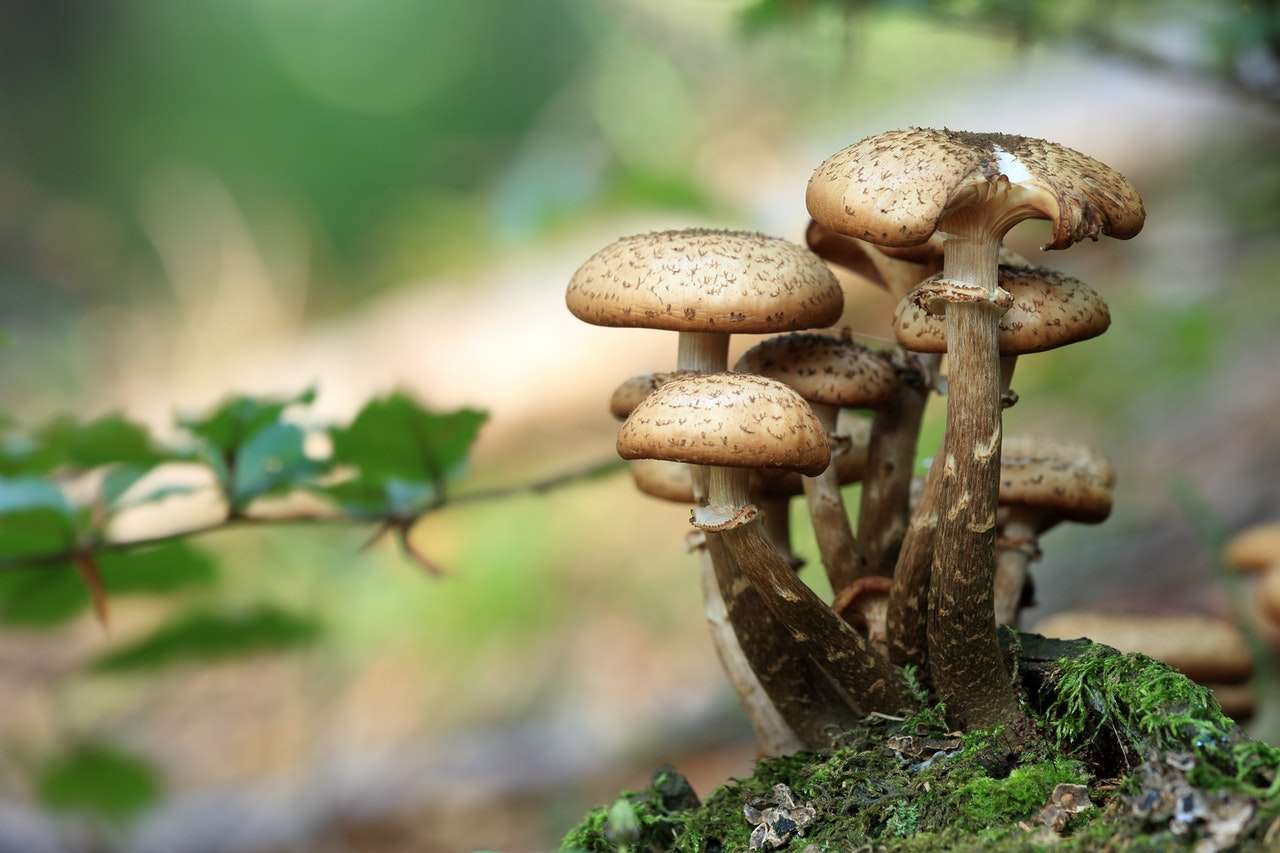 We have put together a massive list of documentaries to help you better understand the world of psychedelics - no matter if it's mushrooms, LSD, DMT or another substance.

While some might be familiar with them in a recreational setting, each of them has a fascinating history and medicinal benefit. Take your pick from below and learn more about the fascinating world of psychedelics!

An award-winning documentary film about treating anxiety, depression and addiction with psychedelic medicine. After years of using prescription medications, Adrianne turns to underground healers to try and overcome her opioid addiction and suicidal thoughts with illegal psychedelic medicine like magic mushrooms and iboga.

Journeys to the Edge of Consciousness (2019)

Journeys to the Edge of Consciousness is a part-animated feature length documentary film by producer / director Rob Harper. Take an animated trip into the depths of the human mind with three brave pioneers of the 1950’s/60’s Aldous Huxley, Timothy Leary and Alan Watts.

An in-depth look at the bizarre psychedelic drug known as The Spirit Molecule. Dimethyltryptamine (or DMT) is a psychedelic drug that can induce out of body or near death experiences, intense hallucinations and even apparent alien abductions.

Aya: Awakenings’ is an experiential journey by journalist Rak Razam into the world and visions of ayahuasca, a powerful hallucinogenic plant medicine from the Amazon, capturing the experience and the western dynamic around it in unprecedented detail.

Alexander ‘Sasha’ Shulgin is the scientist behind more than 200 psychedelic compounds including MDMA, more commonly known as Ecstasy. ‘Dirty Pictures’ delves into the lifework of Dr. Shulgin and scientists alike, explores the world of these scientists; their findings and motivations, their ideas, and their beliefs as to how research in this particular field can aid in unlocking the complexities of the mind.

In this docuseries, Hamilton Morris — son of Oscar-winning documentarian Errol Morris — explores the history, chemistry and societal impacts of some of the world’s most unique drugs. Hamilton’s work is driven by research — his apartment is filled with books on the subject — but he takes it beyond that by going to where the drugs are used to experience them first-hand and find out what happens to the people who use the substances.

On his journey, Hamilton studies quaaludes in South Africa, where they are the nation’s most commonly used recreational drugs, and traces the history of PCP while traveling across America to speak with addicts, dealers and chemists about the substance.

From Shock to Awe asks, ‘how do we heal our deepest wounds?’ An intimate and raw look at the transformational journey of two combat veterans suffering from severe trauma as they abandon pharmaceuticals to seek relief through the mind-expanding world of psychedelics. Recent scientific research coupled with a psychedelic renaissance reveals that these substances can be used to heal PTSD “Post-Traumatic Stress Disorder” for individuals and their families. Beyond the personal stories, From Shock to Awe also raises fundamental questions about war, the pharmaceutical industry, and the US legal system.

In Nepal, an isolated tribe known as the Gurung go on the hunt for a special honey perched high upon a series of cliffs. The honey is known for its hallucinogenic potency, and is often taken for recreational use or medicinal purposes by the villagers. Hallucinogen Honey Hunters takes viewers on a rarely glimpsed journey to this region, and observes the culture surrounding this mystical honey.

By coincidence rather then by design the swiss chemist Albert Hofmann makes a sensational discovery in the spring of 1943. He realizes that he is dealing with a powerful molecule that will have an impact not only on the scientific world. THE SUBSTANCE – is an investigation into our troubled relation with LSD. Told from its beginnings until today.

Through the eyes of renowned scientists and mycologists like Paul Stamets, best-selling authors Michael Pollan, Eugenia Bone, Andrew Weil and others, we become aware of the beauty, intelligence and solutions the fungi kingdom offer us in response to some of our most pressing medical, therapeutic, and environmental challenges.

Neurons to Nirvana is a 2013 documentary film by Canadian filmmaker Oliver Hockenhull. The film examines the evidence for the therapeutic benefits of psychedelic drugs. The production company crowdfunded marketing and distribution through a successful Kickstarter campaign that raised more than $35,000. The film explores the history of five powerful psychedelic substances including LSD, Psilocybin, MDMA, Ayahuasca and Cannabis.

A New Understanding: The Science of Psilocybin (2015)

James Freeman decides to take matters into his own hands when faced with incurable depression. He undergoes a life-changing journey in the Amazon jungle that brings him a deeper understanding and acceptance of self. Along the way, he experiences the healing properties of the tribal plant medicine Ayahuasca and the world around it.

Looking for a miracle, a young woman lands at a healing center in the Peruvian Amazon where shamans minister to a group of foreign psychonauts seeking transcendence, companionship, and the secrets of life and death. Her perceptions altered by the ancient psychedelic plant known as ayahuasca, she bonds with Arturo, a young indigenous shaman who is losing his eyesight.

On a quest for spiritual awakening and healing, a naturopathic doctor and an accountant join others in the Amazon to drink a hallucinogenic brew called ayahuasca or ‘Vine of the Soul’. Their dramatic encounters with the sacred medicine offer new insights into the nature of faith and self-healing through a heightened state of consciousness.

Entheogen: Awakening the Divine Within (2017)

A documentary which invites the viewer to rediscover an enchanted cosmos in the modern world by awakening to the divine within.

An informative and compelling exploration of Shamanic use of Ayahuasca, the extraordinary visionary brew.

Psychonautics: A Comic’s Exploration Of Psychedelics (2018)

Shane Mauss is a killer stand-up comedian with a love for science. This documentary encompasses both of his passions with a unique and informative perspective on the mystery, stigma, and potential medical value of psychedelics. It demonstrates the need for greater scientific research in the field of mind altering substances and teaches the viewer a valuable lesson on moderation.

An experimental documentary about Terence McKenna’s adventure into the Amazon basin and the ideas that sprang from those events, resulting in an eschatological theory of time and a lifetime spent contemplating the power and meaning of psychedelic substances.

This highly controversial documentary explores the relationship between, Spirituality, Religion, and Psychedelics. Lead by “Zappy” Zapolin, the film explores the many myths about reality, and includes first of its kind interviews with top spiritual gurus, celebrities, and people of all faiths, about this intriguing connection, and their personal experiences with spirituality and transcendence.

Throughout history human beings have searched for gateways to spirituality that have included meditation, prayer, and natural substances. The Judeo Christian religions, Vedic traditions, and Shamanistic rituals, all incorporate techniques focused on transcending. Today scientists are able to measure the effects, real and perceived, on the human brain and mind. By exploring how to use the current knowledge and techniques available to society, we can tap into true spirituality, and awakening.

A revealing documentary about the use of Ibogaine for the treatment of addiction and it’s spiritual background. This 50 minute documentary shows the different aspects of this special substance by means of personal experiences and explanations of ex-addicts, treatment providers and experts.

Plant Explorer Richard Evans Schultes was a real life Indiana Jones whose discoveries of hallucinogenic plants laid the foundation for the psychedelic sixties. Now in this two hour History Channel TV Special, his former student Wade Davis, follows in his footsteps to experience the discoveries that Schultes brought to the western world. Shot around the planet, from Canada to the Amazon, we experience rarely seen native hallucinogenic ceremonies and find out the true events leading up to the Psychedelic Sixties.

Mila is a German writer who has spent the past few years traveling the globe recording her experiences with pen and paper. Along the way she's also attended many festivals, cultural experiences, foods and more.
All Posts