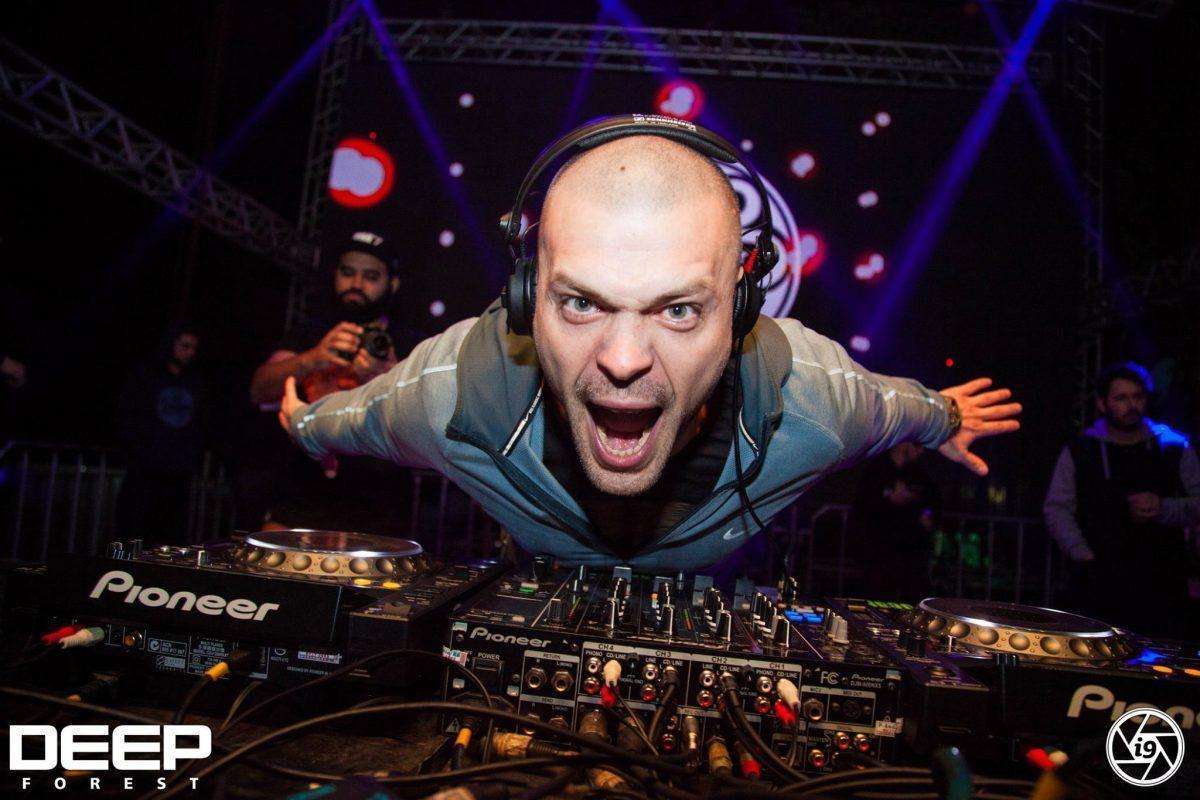 Talpa is Goran Juric. A Serbian native, Goran's unique, groovy, melodic twist on psychedelic trance has been a prominent feature on the Cape Town dance floor over the years.

Talpa is Goran Juric. A Serbian native, Goran’s unique, groovy, melodic twist on psychedelic trance has been a prominent feature on the Cape Town dance floor over the years. In preparation for his upcoming visit, we had a chat with Talpa.

Hey Goran! To kick things off, tell me about your introduction to psychedelic trance in Serbia. How did it happen? When did you form your two projects Talpa and The Riddler?

Talpa : Hey hey! Thanks for having me. It all began back in the 90’s, after attending my first trance party. It was something new and super cool for me and I wanted to be a part of it. Without any knowledge about production or music theory, I began to work on my first tracks. They sounded quite lame! The software back then was quite different, and it was much harder to create anything. Of course, there was also no widespread internet, which even made it harder to find samples or anything to related to music production.

The name Talpa is from the X Files TV Show. The meaning of Talpa is complicated for me to explain in English, but lets just say it’s a ‘monster’. After many years working on Talpa I felt like I wanted to take my music in a different direction. Personally I always liked club music more, I grew up on music like that, but never felt like making it. In 2009 I started to work on my new project The Riddler, which wasn’t focused on any particular style. I like to refer to it as electronic music. It was fun doing it in the beginning, however, I belong to the trance scene. As a result I decided to discontinue The Riddler project.

How does the sound of each project differ?

Talpa has always been described as carnival, circus music. Which I guess wasn’t far away from the truth. I always wanted to create music with stories, lots of melodies and simply be different or unique. I think not everyone was fascinated by The Riddler project – it’s more clubby music but with lots of Talpa influence. In 2010 I actually temporarily stopped producing music for my Talpa project to focus on The Riddler, however since last year I’ve focused on Talpa. As a result, you can hear a lot of The Riddler in the newer Talpa tunes, which I find to be a winning combination. Some old fans don’t like it, but I definitely have gained many new ones!

How has the sound of each project evolved over the years? How have your production techniques changed?

I am a very lazy person when it comes to learning new things – so mostly I learnt everything from my own mistakes. Some things took me years to understand. I guess it was the best way to experiment. The way of producing regularly changes every year with new software on the market. I personally use no hardware, even though I have bought a couple of things, I find software is the best way to express myself. Recently I’ve had a problem with my DAW since I’ve used Acid Pro from day one. Unfortunately they stopped updating it so I had to switch to something new. After trying pretty much everything on the market, I decided to continue with Cubase, but even after 9 months I still don’t like it and as a result my creativity suffers.

I can’t say much about. I have no idea what’s going on. I don’t visit parties nor do I even play in Serbia. Maybe once a year. I grew up in the city where you could only find Techno music. Even today if I want to go out for a party, I will definitely choose some club music over trance. There have been many trance parties in my life, with a lot more to come, I hope!

You’ve released a number of albums, but has it become more appropriate to release EPs in the digital age? What are your thoughts?

Yeah, if you ask me, albums are no longer interesting. You can always keep your music fresh by releasing EPs. Albums take time to create, and some tracks you make in the beginning no longer sound as fresh and good as the ones you make in the end. I can’t remember the last time I heard an album with more than 3 good tracks on it. I decided to release only EPs in the future – this way people will have my music before it gets old. Previously, all of my albums were released at least a year after I finished my last track.

Tell me about your relationship with TesseracTstudio and the music they are currently releasing?

TesseracTstudio was an idea of a two young people (Zyce and Flegma) who were releasing their music for other labels. After some time they decided to cut the middleman out and release their music by themselves. The idea was to release and promote other artists from Serbia and give them an easier way to release their music without any obligations, papers and what-not. Most of the artists are from Serbia and we know each other very well and are all good friends. Talpa’s music doesn’t quite fit to this  psy progressive story but that doesn’t really matters because we all focus on quality music no matter what style we do. Last year we had our first TesseracTstudio party which went really good, so we decided to keep this tradition every year and make more and bigger parties in Serbia so that people can have chance to hear all of us at one place.

What are your thoughts on the music coming out of the South African scene? What have you heard about our scene?

I can’t say I know much about the South African scene. I know of a few projects like Artifakt, Sad Paradise, Headroom, Shift and a few others. Most of them I have met around the world and so I have become familiar with their music. But as I said, I know very little about the trance scene and the electronic scene as a whole. However, I have heard many great stories and positive things from other DJs and artists who have visited, so I’m sure I’ll be sharing the same feelings after my visit!

I am really looking forward to experience South Africa and stomp at a crazy outdoor safari bush party! Do you have lions and stuff? Just kidding!