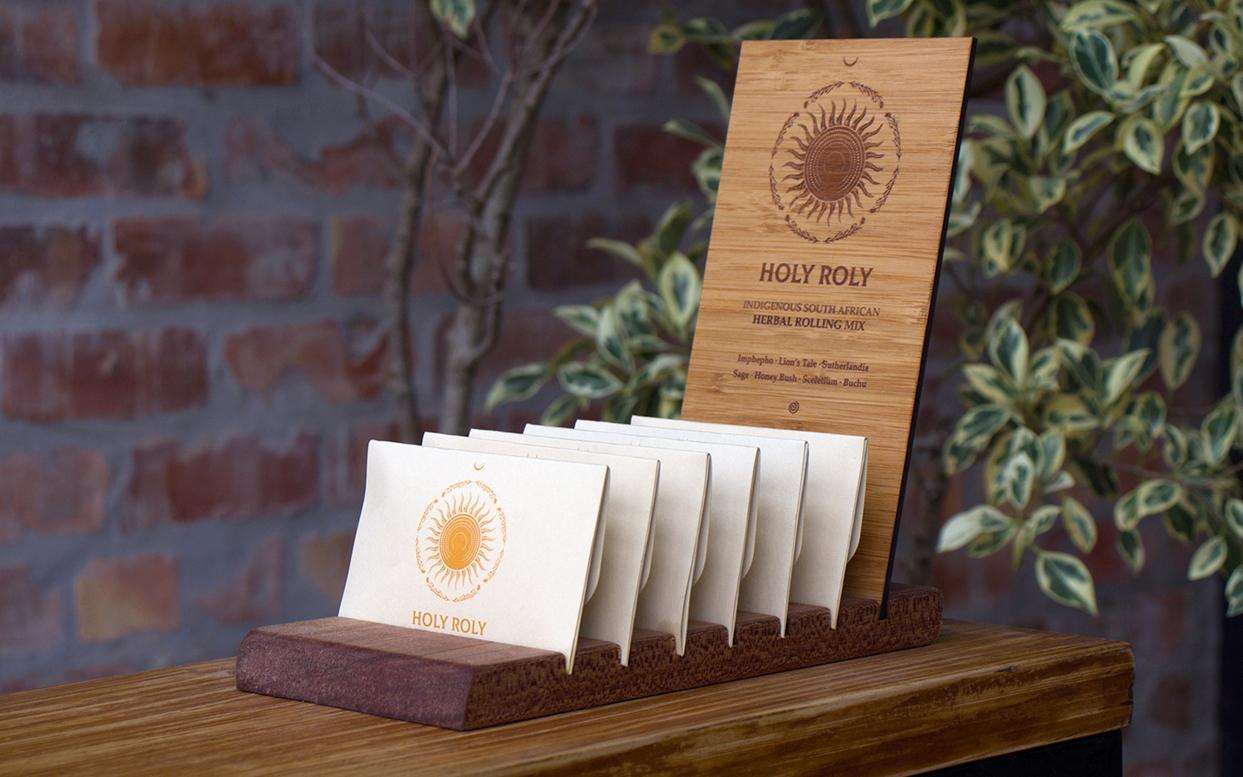 Have you ever wanted to ditch the tobacco in your joint, but need something to replace it for an even burn? Enter the Holy Roly herbal rolling mix, an alternative to cigarettes in your spliff.

Holy Roly is a new South African company born in the Garden Route. It’s first product, an indigenous Herbal Rolling Mix, is made up of 6 Fynbos herbs including Imphepho, Sceletium, Buchu, Leonotis Leonurus, Sage and Honeybush.

The creator, Martin Glinister, is a herbalist from the Wilderness. Growing up the area, Martin learnt about the flora in his surroundings and their functional properties, embarking on a decade-long process of exploration and refinement.

Holy Roly’s natural tobacco substitute is 100% organic as it’s grown and harvested in the wild by hand on a small scale. There’s zero nicotine or unwanted additives.

At first glance, the texture of the Herbal Rolling Mix is a bit surprising – it is more “fluffy” in comparison to regular tobacco, which can take some time getting used to when rolling.

For the smoking experience, there is a slight change in the taste and smell. However, it proves to be excellent for keeping the joint alive in comparison to a “clean green”.

The herbs pair well with smoking weed as they provide increased calmness and focus. Sceletium, for example, is a known anxiolytic, meaning it has antianxiety properties (reduces anxiety). Furthermore, it has been shown to assist with nicotine withdrawal, if you’re trying to ditch tobacco or stop smoking cigarettes.

For cannabis smokers, Holy Roly Herbal Rolling Mix is worth trying at least once. It might not be for everyone, but its potential health benefits over chemical-ridden cigarettes is a good enough reason.