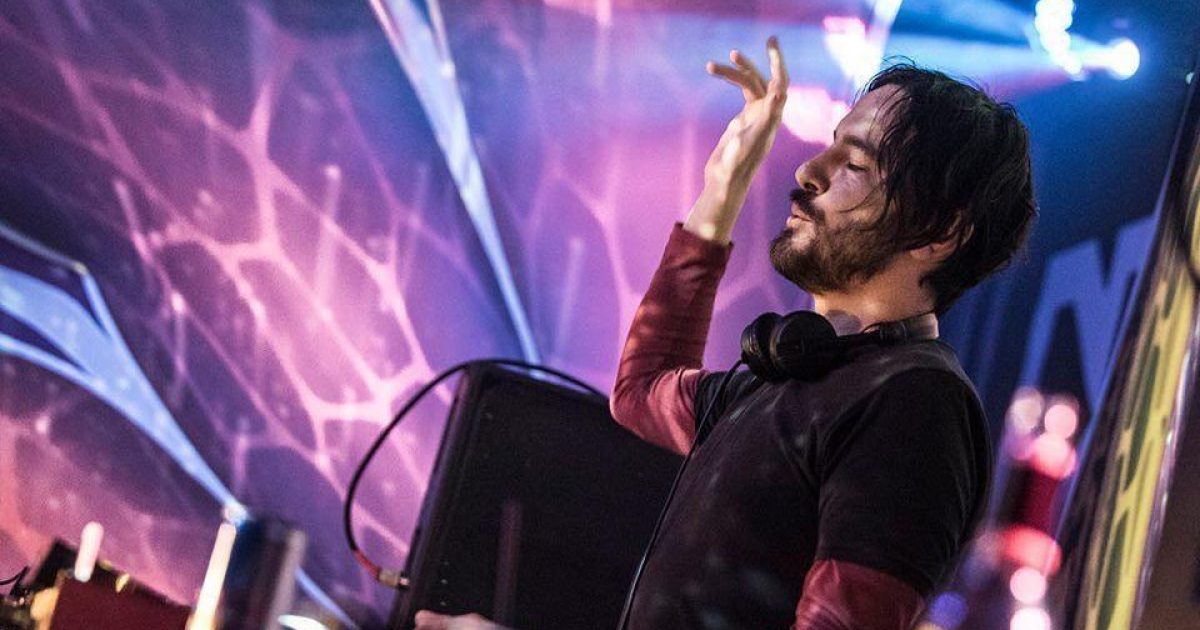 Egorythmia is the progressive psytrance project of Macedonian producer Boban Lazovski. Since launching his solo project Egorythmia in 2008, Boban has been on the forefront of the psychedelic scene.

Egorythmia is the progressive psytrance project of Macedonian producer Boban Lazovski. Since launching his solo project Egorythmia in 2008, Boban has been on the forefront of the psychedelic scene.

Hi Boban! I believe you grew up in Macedonia. What was the psychedelic scene then? Was it inspiring for you?

Egorythmia: Actually, Macedonia has pretty rich psychedelic scene since the 90s. Today it is much more commercial, where in the past it was the underground of the underground. Of course, it was very new and inspiring at the time, like I found my secret magic. I knew I wanted to be a part of it right away.

You’ve been releasing as Egorythmia since around 2007. Were you making music prior to that?

Egorythmia: I started making music around 2001 under several psytrance projects, none of them solo. Around 2007, I found the beauty of solo production, more intimate in the creative process. I would work in a shared project again, since I found my unique expression.

How do you feel your productions and techniques have changed since early on in your career? Do you think you’ve maintained your own signature sound?

Egorythmia: Production is forever changing. A lot, in fact. The new technology opens new frontiers in the structure building technique. I believe it is important to keep the sound signature, but keep up with the technology. I have built a recognizable sound, I think, mostly by using minor scales

What would you say the highlights of your career are so far? And what’s still on your bucket list?

Egorythmia: I would say performing on Boom Festival in 2012 and 2016 are the highlights. At the moment I am finishing my album, and I have a couple of side projects in different genres waiting. It’s really exciting.

You’ve mainly released EPs and compilations. Do you think the album (LP) format is dead? How do you see people consuming music in the future?

Egorythmia: I think in general the album format is dead, in electronic music. I want to pack and close a cycle of almost 10 years work under the project Egorythmia . The future is already here and it’s called pay per play!

Tell me about your relationship with IONO Music and why they are the right fit for your music?

Egorythmia: My first release for Iono was almost 10 years ago and they helped my career a lot. Back then progressive trance was not popular as it is today, so I can say we grew together. I released for other labels as well, but I feel at home with Iono.

You’ve worked on some great tracks with various artists. Is there anyone who you click really well with in studio? What makes a good collaborative artist?

Egorythmia: When the style is fitting well and the communication is smooth, you can do a great collaboration. You have to be flexible, but productive as a team. I experienced this with E Clip, Darma (Undercover), Zen Mechanics, Dual Resonance, Major 7 and a couple more.

Are there any up-and-coming DJs and producers that have caught your attention recently?

Egorythmia: Yes, they happen to be from my country. Dual Resonance (Spirit Architect), Modual and Djantrix. They are fast progressing on the scene.

Egorythmia: Yes, my debut album coming up in October. It will be called Nocturnal. I will play some of the album tracks on your event.

Egorythmia: Thank you for the invitation and see you soon! Lets make this party memorable