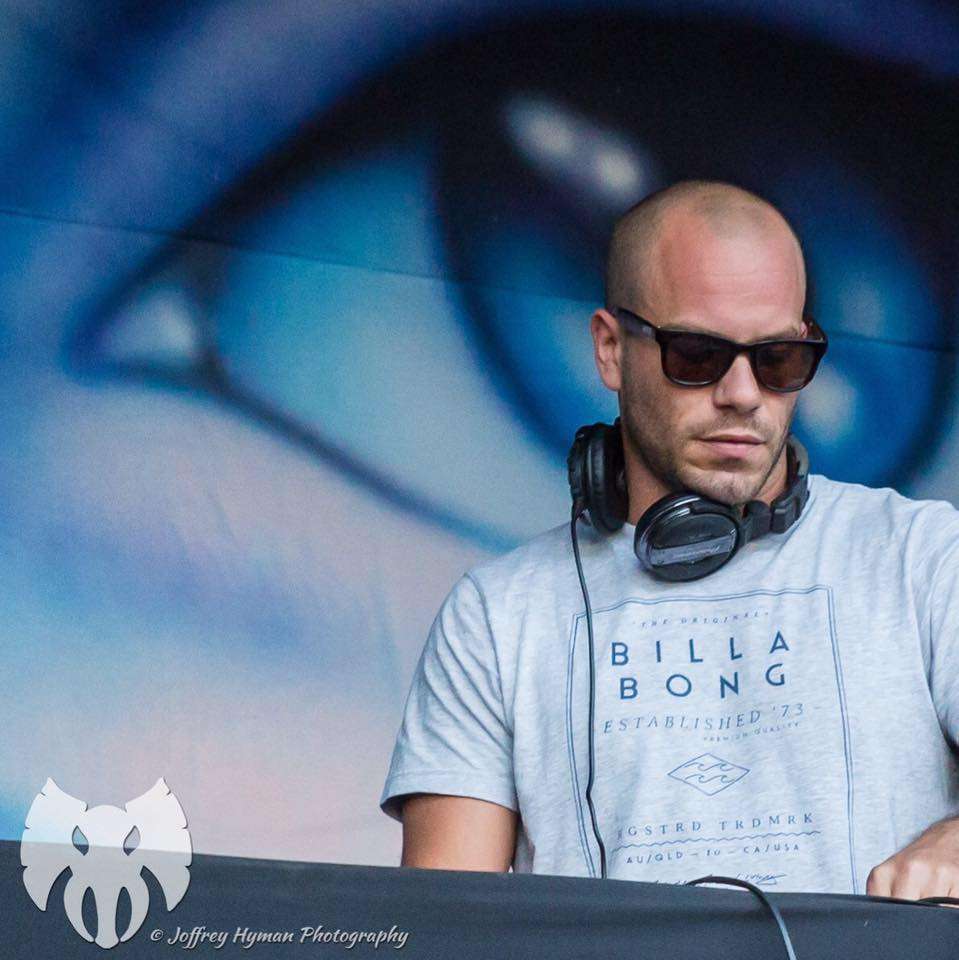 Italian producer Andrea Lunghi (Dust) entered the psytrance realm almost a decade ago. Since then, he’s released 2 full length albums and a handful of EPs on his home label, Looney Moon Records. His groovy night time psychedelic music has taken him across the globe, including sets at Boom and Ozora Festival. Dust is set to return to Cape Town this weekend, to perform at Alien Safari Masqued Ball 2017.

Psymedia: Hi Andre! To kick things off, were there any events or experiences that led to you becoming a DJ and producer? What was the scene like in Italy when you started?

Dust: Hi guys! Well, I started about 12 years ago, coming from the techno scene. Some friends of mine brought me to a illegal rave in a forest, not too far from my hometown. A friend (DJ Pulsar) was playing and I really enjoyed the music! Some time later, I went to visit him in his studio and then I started producing more as a hobby while I was still working in fashion business.

Dust: Right now there are many different Psy scenes in Italy. The best parties are definitely in the area of Venice, Rome, Florence and Turin. Also, in Bologna the scene is pretty alive, but it’s mostly about progressive and annoying triplets .

Psymedia: What other countries would you say have a strong underground psychedelic following?

Dust: From my own experience I’d say France , Germany and India.

Psymedia: Have you had any teachers along the way? Who have been your greatest inspirations?

Dust: As I mentioned in my previous answer, my first ‘teacher’ would be DJ Pulsar, even if I would call him more a friend who shared some knowledge. Then, my inspirations have been Nick (Panick), Adam (Headroom) and Tim (Sensient).

Psymedia: How would you describe your sound? How has your music taste and skill progressed through the years? When is it best suited for?

Dust: I normally like to play in the evening or right before the night music starts, but I guess it’s mostly because I like to sleep at night [laughs]. I’m still trying to understand if my music progressed. Anyhow, to my ears it’s always not good enough and it feels like I never get to the standard level of quality. I’m not sure how I would call my style, my aim is to make “music” (I would rather call it noise ) with a big groove factor and quirky sounds without going too melodic and preferably staying away from cheesy cliches.

Psymedia: Tell me about your relationship with Looney Moon why it’s the right fit for you? What makes a good label?

Dust: Pretty easy. It’s where I started and together with DJ Phobos and DJ Fog we created our own sound over the years . I can’t think of any other label for my Dust project!

Psymedia: How did your collaboration with Lunatica come about for the recent EP entitled Hippie Blaster?

Dust: I made the first track together with Miguel for the previous EP called entitled Masala Overdosa. That track worked pretty well and lots of friends in the scene have been playing it for the whole season in Goa and last summer in Europe. As a result, we decided to make more music with the same direction.

Psymedia: You’ve released as various aliases. Do you have any other permanent projects at the moment besides Dust?

Dust: I’m currently collaborating with Obliviant (Liftshift and Justin Chaos). We will play our debut set (as Loonacy) at Ozora Festival this coming summer. I’m also working on my new project together with my girlfriend. It’s at a slower bpm and less noisy. The first EP might be released on a very famous South African label.

Psymedia: You’ve released 2 albums so far, can you tell me about how you selected the titles and how the albums differ? Are there plans to release another full length album?

Dust: The titles? It’s mostly bullshit that randomly comes to my mind… the first album was a showcase of my own sound, the second was all collaborations with friends. I’ve been trying to write a third album for long time, but lately I’m too busy with gigs to sit down and make a full length album. That’s why all my last releases are 2/3 tracks EPs.

Psymedia: What are the biggest challenges you face when making tracks for an album as opposed to individual single releases or EP?

Dust: The biggest challenge is keeping the tracks unreleased, waiting for the other tracks to be done. I always feel like releasing them at a certain point and waiting to have ten unreleased tracks takes too long!

Psymedia: This won’t be your first time in South Africa. Why are you excited to be back?

Dust: The first time I performed in South Africa was at Rezonance NYE Festival 2009/2010 in Cape Town. I love your country, the land, the food (especially biltong), the wine and the people, of course! Alien Safari, for me, is one of the best, if not the best organization in the world. It feels like Christmas for a kid when I get a gig with them!

Dust: Yes, my new project “Xuan” hopefully before the summer. Another couple of EPs from Loonacy, one EP from Assault Junkies and hopefully I’ll find some time to make some Dust music too !

Psymedia: Thanks for the interview, see you at Masqued Ball! Anything to add before we finish off?

Dust: Thanks for your time guys, big hugs from Goa. See you in one week, can’t wait!