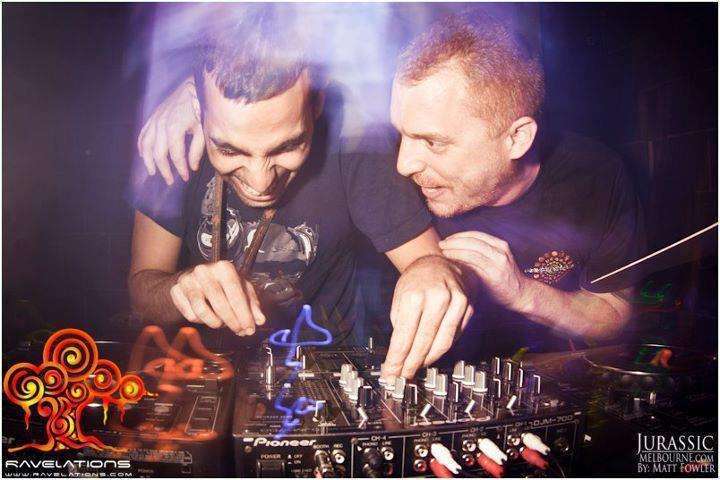 Israeli duo Eyal Gershon and Saar Davidov, more commonly known as Abomination, are back in town this weekend!

Israeli duo Eyal Gershon and Saar Davidov, more commonly known as Abomination, are back in town this weekend! With a career spanning almost 10 years, including 3 full lengths, we have been fortunate enough to catch Abomination rock our dance floors from time to time over the seasons which has built up a solid local following. But their return to Cape Town for The Village presents The Gathering 2014 this weekend will be special, as Abomination have worked hard in the studio on new material. We decided to have a chat with Saar from Abomination, to discuss the duo’s history, new material and what he loves about Cape Town.

Psymedia : To start off, tell me about your early years starting out and working together as a duo. You released your first album on Nexus Media, were you at all influenced by some of the music from South Africa?

Abomination : In our early years all we wanted to do was make music. We both travelled to India and the experiences we had made us want to focus on psychedelic trance, We were young, and the experience made a huge impact on us. Our sound was and still is highly influenced by South African music. Shift is the biggest influence for us out of South Africa.

Psymedia : You produce and perform as a duo and have collaborated with numerous artists. What’s the success to a long-term professional relationship, and finding good artists who can collaborate with your style?

Abomination : Well, our relationship has been amazing. We were friends before we started producing together and the amazing ride we had has brought us closer together. Having a good relationship has been very helpful in maintaining a collaboration over the years. Finding a good artist to collaborate with is very important to us. We prefer working with other artists in the studio, so someone who is easygoing and has a sense of humour makes the process more enjoyable.

Psymedia : You have incorporated some other instruments in your music. What advantages do they have over electronic hardware and software? Who influences you outside the psytrance world?

Abomination : Well, we actually don’t use too many instruments that are not from the electronic world. However, we do try make it sound like it’s a real instrument. Outside the psytrance world we enjoy a number of genres – including most types of rock and metal, as well as other electronic acts like Knife Party and Lets Be Friends to name a few.

Psymedia : Your EP entitled Return to X was released a few months ago. Are you returning to an older sound? Your latest EP, NICOLAS C.A.G.E, was released a month ago. How do the EPs differ?

Abomination : The EP Return to X was an attempt to find our old sound and bring it back to life. We quite enjoyed the ride, it was very interesting to go back to that sound again. We might try to use some of these sounds in our new work in the future. The title of our latest EP, NICOLAS C.A.G.E,  was a good idea by our manager Roy Insanix of Mechanik Records. We used Nicolas Cage’s voice for the samples of the tracks, so it was a fitting name. It’s a great title that catches the audience and makes them want to learn more about the EP.

Psymedia : After several full length releases in your career, it seems you’re going the EP route now. Do you think the full length format is dead? Where do you see the music industry headed in general?

Abomination : I don’t the full length format is dead, but these days when you want to stay relevant it’s harder to close yourself in the studio to produce a whole album. The world runs at a faster pace than before, and I think releasing Eps is a good way to satisfy the fans hunger for new music. With regards to the industry as a whole, I think the next step is free downloads and streaming, which we can see already.

Psymedia : This won’t be your first time in Cape Town. What are some of your best memories and why are you excited to be back?

Abomination : It most certainly wont be my first time and hopefully not my last. I love Cape Town – the people, the parties and the city. I also have many friends that make me feel at home when I am there. I always enjoy my stay and the experience at previous parties are really hard to forget,

Abomination : The next release will be a remix we made of one of your town’s favourists, Deliriant. Mechanik Records are releasing an EP next week full of Deliriant remixes and we’re on it alongside Shameless, Outer Signal and more. Be sure to check it out, you will love it.

Abomination : Thank you for the interview, lionbru. I want to invite everybody to join us at The Village presents The Gathering 2014. It’s going to be epic! We have a lot of new surprises coming your way soon. Cheers, Saar.