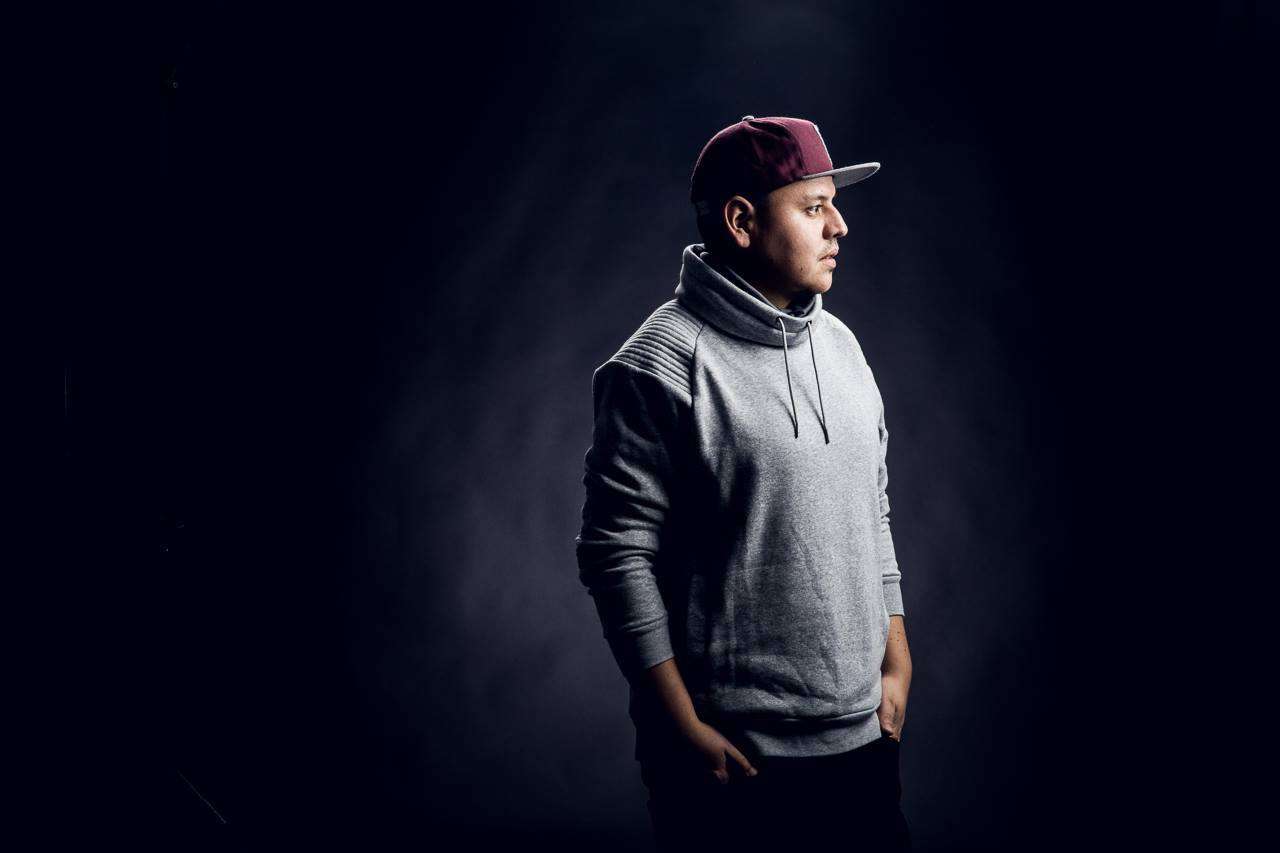 Danish artist Vice will join us in South Africa for the first time in two weeks, to play at Cape Town's quickly growing party, Sirius.

Starting his career in 2010, Martin launches himself into an orbit around global Trance scene with his project Martin Vice, setting himself a place among the Progressive stars. Martin is already well-known at this moment, being one half of the project Time In Motion only to again join forces in 2013 in the form of the side project “O.T.B” together with Phaxe. In 2015, Martin creates yet another project at the Iboga Records studios together with label boss Michael Banel, MVMB.

Psymedia : Hello Martin. To kick things off, tell me about introduction to the electronic scene. When did you start DJing and producing?

Vice : I have always been interested in a broad spectrum of music, ever since I was young. When I turned 17 I started to focus on mainstream Trance and the (back then) not so mainstream genre of Hardstyle. After traveling to Holland, where I attended some of the biggest events in the scene, I decided to start DJing. The goal was always to have something that would make the crowds go nuts! Catching a plane to Amsterdam, to shop for vinyls, was a way of beating the local DJs at dropping some fresh tunes. However, I still wanted more, and so I began producing similar stuff to what I was listening to.

Around 2000, my good friends dragged me to try an underground party in Copenhagen. I was hooked! Thanks to artists like X-Dream, Infected Mushroom, Sub6, Sonkite, FREq and Vibrasphere, my life took a huge turn. My home, in terms of feeling where I belonged, musically, was found, along with some great sources of inspiration.

Psymedia : You were in the project Time In Motion for a number of years. At first was it different producing under your solo alias Vice?

Vice : I wouldn’t say it was so different producing my own tracks. It gave me more freedom to do exactly what I wanted to do. However, I would say I had a great deal of freedom while I was working in Time In Motion. One of the biggest differences is not having someone give me the look with raised eyebrows and say “really?” If I had spent a long time designing some weird sound or just having that extra pat on the back if the loop was indeed banging.

Since I’ve always been interested in production quality, my attention in that sector has always been big. Lots of experimentations are always going on, but I feel that the sound quality has improved with time. I feel there is a nice evolution in sound going chronologically through the works. It’s a real ‘fuck yeah’ feeling, in terms of how the productions have changed, but also looking at what the tracks actually says in terms of ideas and feelings, there’s a big difference from where I started with Vice, to where I am today.

Psymedia : How have your productions changed/improved over the years?

Vice : Basically my goal in the beginning was to write melancholic ideas and put more expression into the works. I was writing straight from the heart, and felt good about the individual tracks. However, I had an experience while playing my first Vice live sets that reminded me it’s important to also write party tracks, and get some more energy going. Rhythms have always been my thing, but as it turned out, here in Europe and Germany, the off-bass and rolling-bass was much more accepted than a groove-bass all the way through the set, at least in my opinion. This definitely made me reconsider my approach to producing music. The goal, of course, is to put the party into gear!

Vice : We met a long time ago in Copenhagen at a big venue. Kevin was performing a DJ set that impressed me. After his set I grabbed a hold of him, finding out that he was a fellow Dane that just started releasing tracks under the name Phaxe. At that time, I was working on my former project, Time In Motion, and we were also just starting to release tracks. We sort of found it natural to hang out, and eventually started working on collaborations.

Since then, we have pretty much been sparring partners for many years. Finally, we decided to join forces around January of last year. Both of us are learning a ton of tricks from one another, and trying to push our productions, sound-wise, and idea-wise. We actually had a ton of versus tracks in the making, with only a few being being released before O.T.B. One worth mentioning includes Phaxe & Vice – It’s Always Sunny.

Vice : O.T.B stands for Obey The Beat! Think Hip-Hop, now say it! It’s like how we all come under a spell in that moment when the whole crowd unites during a break and explodes after the drop. It’s about everybody jumping or losing themselves to a beat, and how different ryththms make us stand make us move. We live to obey the beat!

Psymedia : How would you describe the sound of each of your projects?

Vice : Well, I think one of the differences in character of the two projects is that Vice is more about heavy rolling basslines, and possibly a bit more Goa influences. However, recently we are also working on some new O.T.B tracks that have that oldschool kinda vibe, twisted leads and hypnotic arpeggiators. O.T.B has a more off-beat kind of feel to it, although we are trying to not lock ourselves as artists doing a set in a particular style.

I’m currently more into cinematic, kind of big atmospheres, and I’m listening to a lot of Dubstep and Drum & Bass artists who really nail this cinematic feel to some of their tracks. I am also trying to incorporate a more serious kind of undertone to most of the new tracks. I wouldn’t want to use the word eerie, or evil when describing the music, but we all know that grin we make if someone drops a tune that has ‘that’ dark atmosphere that builds up to ‘that’ drop. It just makes the nose wrinkle!

Psymedia : You’ve done several remixes and collaborations as Vice and O.T.B. How do these usually come about? Are you working on any at the moment?

Vice : I guess through being involved in the scene for so long, it has helped to get the contacts and connections to be at a point where one is sitting next to, or working online via Skype, making tracks together with other people or remixing tracks that have been stuck in the head from good parties or festivals. A lot of the time, it’s been through meeting great people whilst sharing the same stage. That has ultimately led to some cool bromances, and tracks being born.

Another example, which can bring you together, could be mutual interests in ideas for what kind of tracks you want to write. I am currently working on a new project, together with the Iboga Records label boss, Banel, also known as Behind Blue Eyes. The story for us, is that we are both really into Techno music, and have always wanted to make a more hybrid fusion of Techno and Progressive, without having to involve all these breaks and bassline changes which happen to be the characteristic of Progressive. We wanted to try bring out the more oldschool, longer and more subtle kind of productions to light again. We worked on one track, which led to another, which has led to around 6 new tracks within the space of a few months. Good fun!

Psymedia : Tell me about 432 Records alongside Phaxe, Morten Granau and Joel. Why did you decide to launch a label and what has been the most challenging aspect you’ve faced in regards to the label?

Vice : Well, I have to say, in the most humblest of ways, that I have never been in a more active gang of brains before. We all know each other very well, through years of working together, and have always been helping each other out in any way, as friends. When Joel launched Iris Music Booking & Management, it brought all of us even closer together. It seemed like a natural step to make our own label. It’s the result of lots of hard work, from all of us, and wefeel we are ready to present our collective and personal take on Progressive trance. This is why we decided to launch our label.

We constantly come across challenges, with regards to the label, but we are also four minds that are relatively quick to find a solution. I guess, I can imagine, that the challenge will always be to stay true to our idea in releasing our own style, and not fall for the easy way and just try to imitate top chart tracks. However, I’m pretty confident in our abilities, and I know we all look forward to show you guys what we are about!

Psymedia : Are you a biltong fan yet?

What I’m most excited to see in the country is the opening of the fifth bag of Biltong in a row, and the meatsweets to follow. A friend of mine always brought me a bag or two back in the day, after visiting his family. I was addicted to it, even before opening my first brew. As a Dane, I think that says a lot! I’m definitely also looking forward to check out the wildlife, and see Table Mountain and the views on offer. Oh yes, and food. Lots of local food!

Psymedia : Thanks for the interview!

Vice : My pleasure, yeah can’t wait. Lets do this! I would also like to thank everyone out there for your support and thank my dear friends Morten, Kevin and Joel for just being who you guys are, one love! Also a special thanks to my queen of all and everything, Eleonor, for the massive support, motivation and love that makes all the hours behind the screen possible.