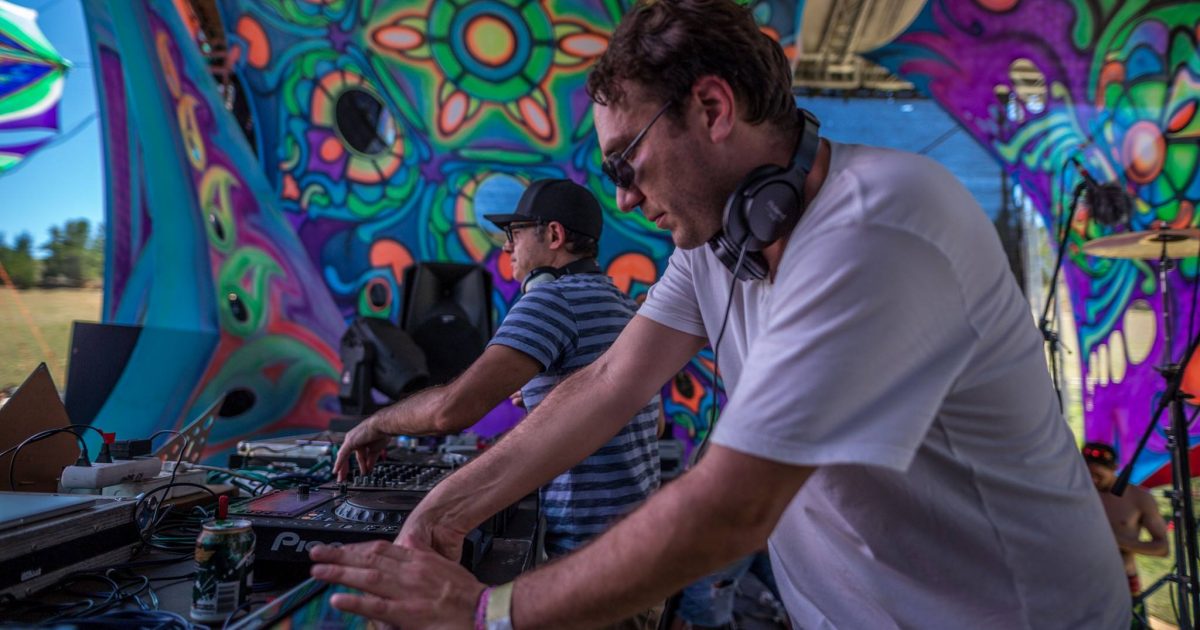 The Commercial Hippies are Anton Raubenheimer and Gareth Tacon. The duo met as two up to no good students in school, and little did they know their friendship would go beyond the classroom corridors

The Commercial Hippies are Anton Raubenheimer and Gareth Tacon. The duo met as two up to no good students in school, and little did they know their friendship would go beyond the classroom corridors. Fast forward to 2013, Anton and Gareth have shared more than ten years on the stage as The Commercial Hippies. Gareth, along with his brother Regan and Anselm Guise (The Electric Ant) also formed Nano Records, who have only grown from strength to strength, housing some of the most iconic releases from South Africa and abroad.

I believe you guys met after DJing around the Cape Town scene. Why did you decide to form a duo?

Hi there. We actually first met in school, where we were both thrown out of class for misbehaving and got introduced in the corridor outside the classroom. We always shared a passion for music, and had similar tastes, and soon after finishing school started DJing breakbeat and bigbeat in Cape Town, having a residency at 206 for a couple of years. After attending many psytrance parties we decided to start producing the tunes and eventually the idea for The Commercial Hippies come around.

Tell me about the tongue-in-cheek alias?

The name itself is really a commentary on the psytrance scene and how we see ourselves and most others in it. We still very much maintain the classic “Hippy” ideals in that we believe in freedom of expression and other lifestyle choices, however at the same time it is still obviously a commercial scene. These factors combined lead us to “The Commercial Hippies”. Essentially we (everyone in the psy scene) is a Commercial Hippy to an extent so we thought it was an appropriate name which at the same time also shows that we can laugh at ourselves.

Both of you have had some form of classical training. Does it make a difference?

Yes it definitely contributes. All musical experiences and knowledge adds to your approach, and a broader understanding of music as a whole gives you more insight into creative possibilities. We have always pursued different musical avenues and are currently also writing material for a new electro project The VAriable with which we are set to release our first tracks this year. Other than that we are also currently writing material for a funk/rock side project which we have been busy on for the past while.

Tell me a bit more about this side project The VAriable?

The VAriable is an electro house project. We’ve mostly just been experimenting with what musical direction to take it in, and are finally figuring out the sound we want to push. So far with The VAriable we have done quite a few remixes and collaborations and we will still use it for most of our more mainstream collaborations or productions but our “live” sound is only really taking shape now, so expect to hear some exciting releases coming soon.

Does your broad sound attribute back to classical training or broad taste?

I guess it goes back to having broad musical tastes. We strongly believe that there is great music in every genre, and whenever we write a track we let the song decide where it takes us creatively. This could mean introducing some rock guitar into a track, an electro bassline, or an orchestral mid-section. I suppose it all just comes from experimenting and seeing which road turns out best.

Tell me about The Bakery Studios, a multimedia production house.

The Bakery Studios started out as a music studio and over the last couple years has grown into a Multimedia Production House, where along with Music Composition, Sound Design and Artist Production we offer Filming, Video Editing, Animation, Motion Graphics, Web Design, Print Design, Interactive Design, Photography and pretty much everything multimedia related. You can view our work and get a better idea of what it’s all about by checking out our site or following us on Facebook.

Tell me about remixing local artists outside of psytrance?

Lark and P.H.fat are great! Not a hard selection at all. We really love their unique sounds, and it was an honor to remix those tracks. There’s so much awesome talent coming out of South Africa at the moment and it’s really exciting to be a part of such an original and fast growing scene.

Gareth, you’re one of the Nano Records founders. What inspired you to start a label?

Nano Records was started as one of South Africa’s first psytance labels. At the time there weren’t many artists coming out of South Africa, and the few that were didn’t have many platforms to release off of. Ans, Regan and I decided it was time to change this and so we got Nano Records up ‘n rolling and soon after started adding non-South African artists to the label.

It really is crazy to think that it’s been 10 years already! So much has happened and it’s been quite the experience. Not all fun and games and a lot of hard work but we’ve loved the journey so far, and feel honored and privileged to have played our part in this unique scene for the last decade or so.

There’s obviously been a shift in the music industry.

Yeah, there’s been a huge change in the music industry over the last 5 years. Music sales are almost a thing of the past and artists’ income is now more sourced from live performances or selling music for adverts, movies, games and the like. The industry is still very much in a state of change and the new model hasn’t quite been figured out yet but the dust does seem to be starting to settle.

As much as the internet and file sharing has taking away the majority of sales it has also opened up a more direct line of communication between the artist and audience, which is obviously a huge plus in terms of promotion.

Has it been a battle balancing your duties?

Yeah, for sure it can get tricky juggling all the different projects. For the most part Regan has been holding the reigns of Nano Records for a while now, which has left me with more time to work on The Commercial Hippies, The Bakery Studios, The VAriable and my other endeavors.

Unfortunately there are only 24 hours in the day so it really just becomes all about prioritizing and time management. It definitely makes it easier, loving what I do, so it never really feels too much like work.

You released on album alongside your brother under the alias Hydrophonic. Have you guys thought about releasing some new stuff together?

Definitely, the discussion has come up a couple times, and I think somewhere in the not too distant future we will write some more Hydrophonic tracks together. It’s really all just about finding mutual free time in our equally hectic schedules, but I’m pretty sure it will happen sooner or later.

How has Origin been over the years?

One of the main things that I think sets Origin Festival apart from some of the other festivals is the positive energy. I know it sounds cliché but, in my opinion, it truly is one of the best festivals in Cape Town to show off what the collective party spirit should be all about, but don’t take my word for it, go there and see for yourself. You won’t be disappointed.

Tell me a bit about the other two festivals Nano Records is associated with – namely Earthdance Cape Town and Glade Festival in the UK which features an Origin stage.

Earthdance is another really special event that Nano Records was involved in for many years. It’s a global festival that celebrates the international dance community and raises awareness for multiple causes. Each year all the Earthdance events (over 60 global events in 2012) link up with the idea to create a more united vision for peace and awareness.

Glade Festival was born out of the Glade stage from Glastonbury festival in the UK. It is an electronic music festival that encompasses most of the dance genres. Nano Records is one of the joint hosts of the Origin stage at Glade, which is the psytrance stage at the festival. I’ve been to all except one and can tell you it should definitely be on your bucket list. Perhaps the last item on the list though, as you just might not make it out alive.

Thanks for the interview! Any last words?

Nope, I think that pretty much covers it, except to say thanks for all the support over the years, and that it has been an absolute honor playing to all the smiling faces on all the dance floors around the globe for the past 10 years, and that we are looking forward to sharing lots more fun and games in the future…