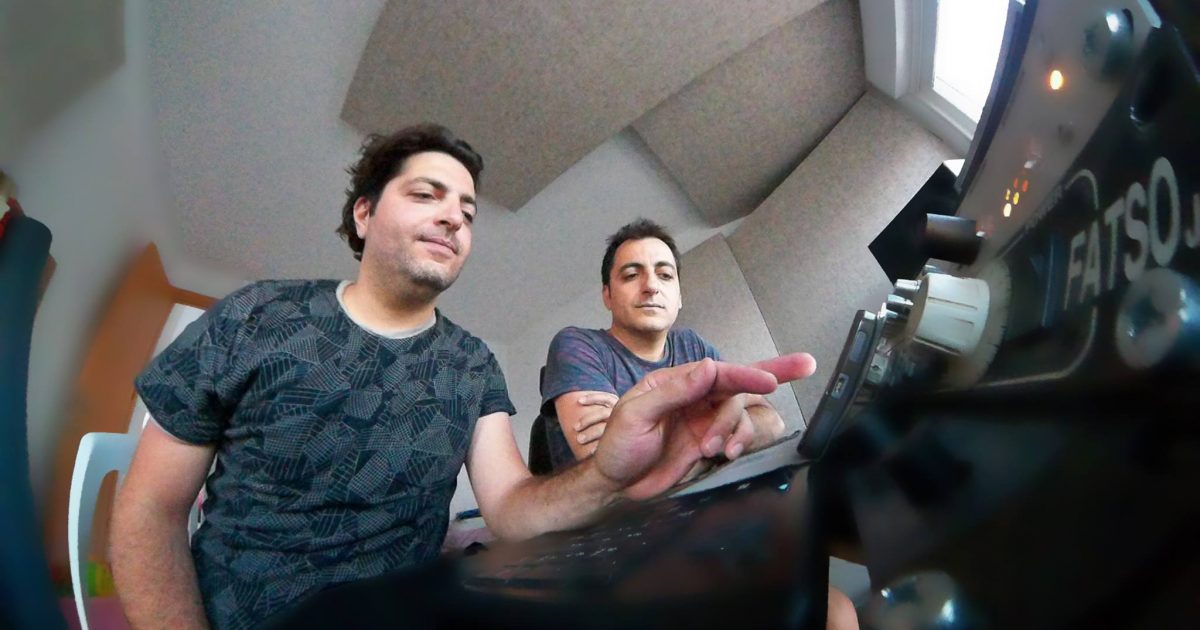 Sub6 is Golan and Ohad Aharony. The Israeli brothers turned to electronic music in the late 90s, and their attention to detail has lead to high praises in the studio and on the dance floors. It has been a few years since Sub6 visited our shores, and they will be returning next weekend at Labyrinth

Sub6 is Golan and Ohad Aharony. The Israeli brothers turned to electronic music in the late 90s, and their attention to detail has lead to high praises in the studio and on the dance floors.

Psymedia : Hey Ohad and Golan! So you guys are siblings, and have been making music together for close to 20 years now. Tell me about how you guys started out in a band, and eventually made the transition to electronic music.

Sub6 : We grew up more or less on the same influences, naturally as brothers, ‘big bro’ always had an impact on the younger and that crafted our minds well for the future, I guess. We played in several bands and jumped at any opportunity to jam with friends and musicians. The transition to electronic was not for making electronic music, it was actually a tech driven thing. We used to say, ‘what? You can layer your channels on top of each other with a simple soundcard (Gina by Echo) on your personal computer at home?’

It was fascinating, because until that time, it was all about ‘midi studios’, the concept of lots of hardware synthesizers and samplers slaved to sequencers and playing on ‘one take’  into a recorder. You had to be some kind of octopus to manage all of it at once, and still your editing possibilities were so poor. Lots of gear, lots of mess, big expenses, and then suddenly the era of post editing your channels arrived, plus the rise of software synths. The result was another mini revolution in electronic music, and we were right there on the top of our vision!

Psymedia : And when you were in bands you played numerous instruments. Have you incorporated any in your electronic work?

Sub6 : We play and have a non-justified sexy collection of guitars, basses and drum sets. They are like the statues of our youth, standing there in the studio, begging for maintenance. They are used rarely in trance productions but the intuitive skill of it, and what we learned from it is priceless. If we use them, they will be manipulated samples, bits and pieces.

Psymedia : You guys have been a part of the HOMmega team for a number of years now. Tell me about working with the label, and how they have grown since you joined?

Sub6 : Landing directly with HOMmega was the best thing that happened to the development of Sub6. It was the right time, place and people. It gave us a lot of productive peace and huge exposure, especially in some countries where the local scene was developing simultaneously. HOMmega has definitely grown since then, and become the stable rock of Israeli Psytrance, and beyond.

Psymedia : Last year you released a double album entitled Future Kids Material. Tell me about the title of the album, and how it came together? The collaboration with MC Jah-Natan is awesome!

Sub6 :  Future Kids Material was based on that ‘2nd album phenomena’. It is basically the feelings and thoughts that every artist faces after releasing his or her first album which is considered to be a success in the terms of his scene. We wanted to give more than we can, and the remixes were flowing into our mails regularly, so the idea just came naturally. The work with MC Jah-Natan was flawless and fun like always. We wanted to make a relevant message there, which is something that he does naturally. Regarding the title, it was just like that, everyone gets it differently. One of our thoughts, for example, is dreaming that in the far future some teenager will discover this old recording and will totally enjoy it and think it’s special. Just like when we discovered a 7″ vinyl of a Dutch synth pop band from 86′ called The Robots – Robots in Love and thought, this is weird, way ahead of its time. Something like that [laughs].

Psymedia : You guys have presented yourselves as bringing the psychedelic trance culture to the mainstream. Does it not counter the true aspects of Psytrance?

Sub6 :  We didn’t mean to sabotage the ‘true aspects of Psytrance’  and those different opinions are flattering to us. We worked with the very inspiring vocalist and writer, Michele Adamson, which gave us a pop direction. Also at the time we made a bootleg remix of  ‘Leftfield’ and ‘Afrika Bambaataa’, and some Reggae/Dub/Trance style tracks like ‘Teder Beseder’ with Pixel and ‘7th Son’ and suddenly our sets were full of vocals, with a good taste in our perspective, and we don’t think we hurt any of the psychedelia. A voice is an instrument as well! Just as you can take the synth sounds of Astral Projection or Goa Gil, and produce the most cheesy tracks ever heard, that statement in the question was written years after it and definitely not to present us at the starting point. It just happened, we sure love Psytrance in its ‘Goa’ essence – we’ve been fed from it like babies.

Psymedia : You guys have been largely credited for fat production. Tell me about how a typical Sub6 track is put together and any 3 tips for producers?

Sub6 : A typical track will probably be constructed only after having a main ‘theme’ which could be an interesting baseline, or a dirty sample from older music, and around that theme – things are evolving. If that main idea is not good enough, we feel kind of hollow with it and will probably go back a few times around. But we look for simplicity, without clichés now. The beauty is in the simplicity, we learnt a lot around this and we still do, that is the first tip I guess. The second tip is the less digital processing that is possible, the healthier sound-wise, technically speaking, and also it’s less time/focus consuming in the studio. The third tip is a massive cliché, get ready… be yourself and don’t imitate others – works like a charm!

Psymedia : Does your approach differ at indoor versus outdoor? Does each country’s party still have their own touch at indoors?

Sub6 : Our approach does differ at indoors, but we get the feeling right there on the spot. Our last experience in South Africa was a few years ago, but we still remember it and it was pretty amazing. The people are musically open minded, very happy and raving in general. We just loved it! At Labyrinth we will definitely dropping some new stuff, we’re looking forward to it! Most definitely, each country has its own nuances that lift the crowd up, and some other parameters like the sound, indoor vs. outdoor, which will make us play differently.

Psymedia : Thanks for the interview! Any last words before we finish off?

Sub6 : Thanks for having us here and letting our word out on Psymedia, it’s a big pleasure.