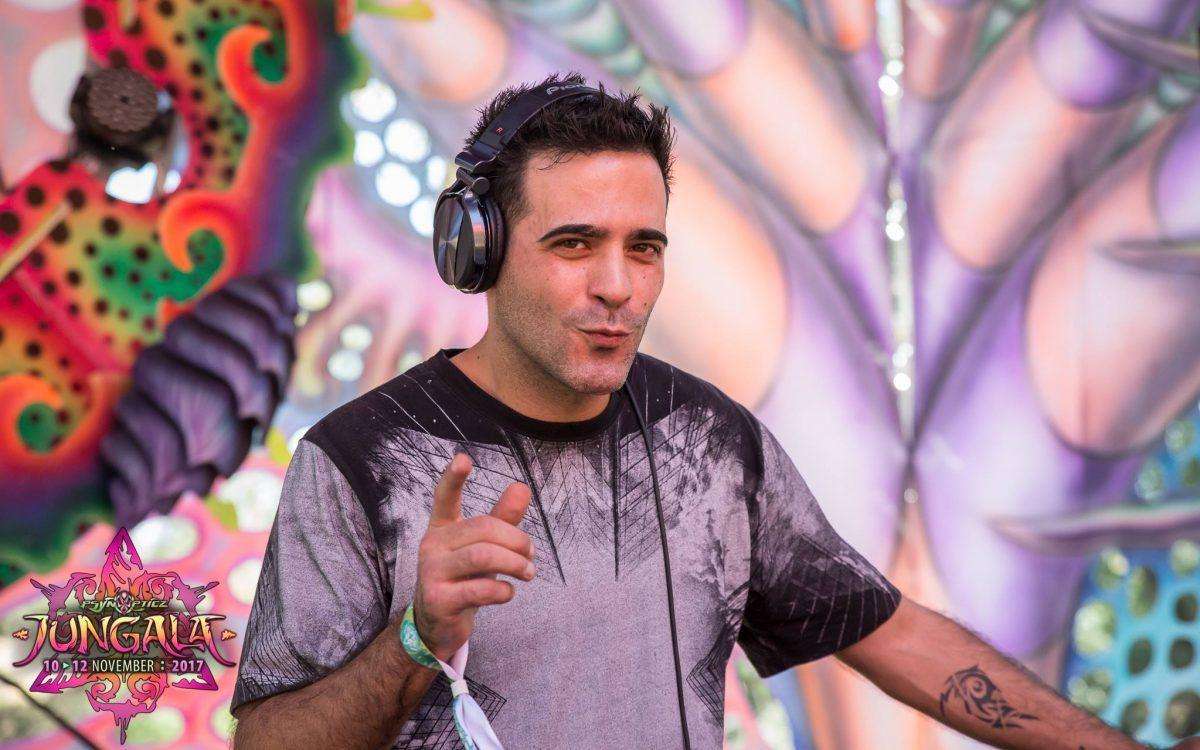 DJ Space Byrd, also known as Bruno Roque, came across psychedelic trance more than a decade ago and has represented South African label PsynOpticz Productions since 2008

DJ Space Byrd, also known as Bruno Roque, came across psychedelic trance more than a decade ago and has represented South African label PsynOpticz Productions since 2008.

Psymedia : Hey Bruno! To kick things off, tell me about how you came across psychedelic trance? What was the Portugese scene like at the time? How did you come up with the alias Space Byrd?

Space Byrd :  Hey! Since a very young age the taste for music was evident in me. My first contact with electronic music was through an uncle. As a kid I heard the acid music he used to play. The first psychedelic experience I had was at the beginning of the new millennium, when I started attending parties.

At the time trance parties didn’t have the dimensions of today. There were fewer parties, but in return they were all of great quality and a great atmosphere. In 2006, after a good party, my friend and I decided to take a DJ course. DJ Ren specifically taught me. It was at that point it became necessary to create a name for my project. I chose Space Byrd, inspired by some old producer names like Space Tribe, Space Cat and Byrd because birds are a symbol of freedom.

Psymedia : You’ve represented South African label PsynOpticz Productions since 2008. Tell me about your relationship with the label? Are you inspired by any South African artists?

Space Byrd : I actually became aware of PsynOpticz Productions through MySpace. After a long conversation and sending a couple of demos to Calvin, he invited me to represent the PsynOpticz team in Portugal. My relationship with the label could not be better – I receive huge support and promotion by PsynOpticz Productions. Yes, I am inspired by many South African projects, specifically Phyx and Rabdom L. For me, South Africa is like a factory of monstrous psy producers!

Psymedia : This will be your first time in South Africa. What have you heard about our scene and what are you most excited about?

Space Byrd : For many years I have heard the best about South African parties and the professionalism of the promoters. At the moment I am very excited to come play and bring back stories overseas.

Psymedia : After being a DJ for so many years, how do you evolve your skills and make your sets stand out?

Space Byrd : I’m always trying to keep tuned and informed with regards to news in this medium. Through the internet and chatting to friends who share the same test. I have also been increasing my personal collection of CDs, and every day I try to train myself a bit. That’s where I’ll be doing my experiments.

Psymedia : You’ll play at Vortex Parallel Universe this weekend followed by Jungala Festival 2014 next weekend. What can the dance floor expect from your set(s)?

Space Byrd : Surely the best of me. After so many years of dreaming of this moment I will give it my all. The dance floor can expect a set with some old classics coupled with a lot of fresh sounds. I really hope all of you enjoy my set and I get to see a lot of huge smiles. For me, this is the true essence of music – to transit joy and good vibes.

Space Byrd : I’m collaborating for the second time with Calvin (SwiTcHcaChe) in a new compilation that will be released in the near future on {psy.ology}. It will be called VA – PsynOpticz Collections : TWO (compiled by SwiTcHcaChe & Space Byrd). Soon all the information will be available. Keep posted to my page and {psy.ology} page.

Psymedia : Thanks for the interview! See you at Vortex Parallel Universe and Jungala Festival 2014! Anything to add before we finish off?

Space Byrd : Thanks a lot for the opportunity to share my words with all of you! Lastly a special thanks to PsynOpticz Productions for making this dream come true!