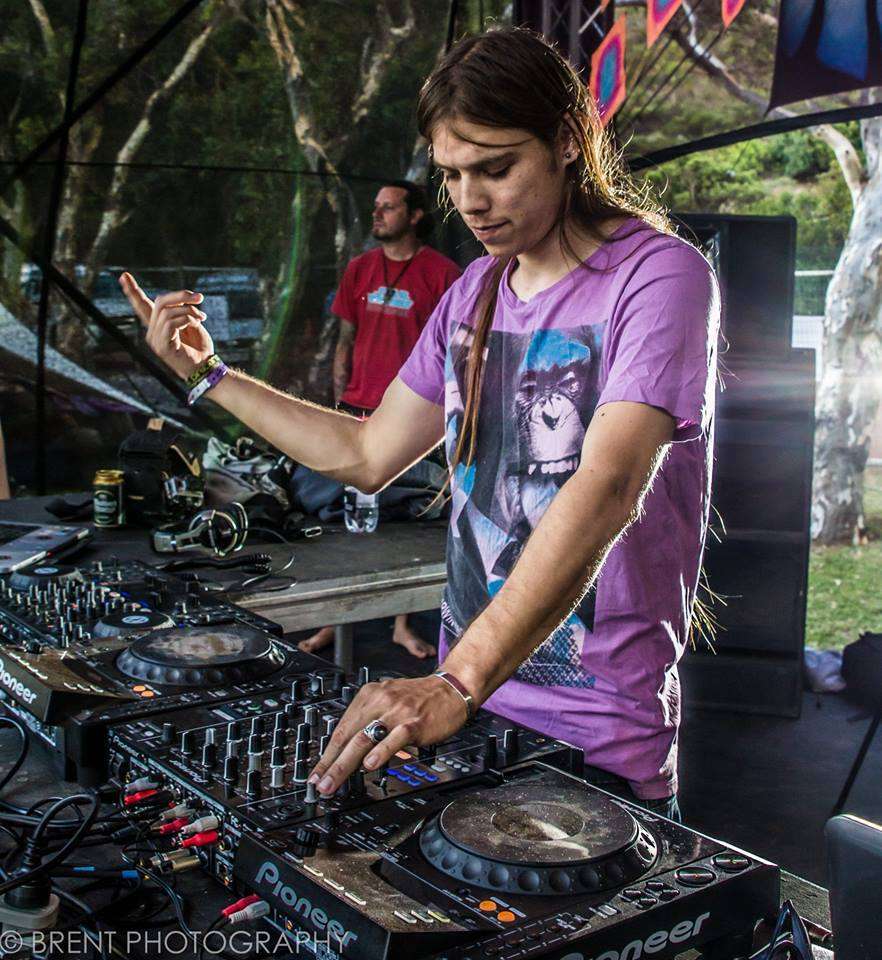 Shameless is Shay Menachem. The Israeli DJ and producer has been involved in the scene for more than a decade, sticking to his true love on psychedelic night time beats. In South Africa he’s built up quite a following, particularly thanks to his style and releases on prominent South African-based labels including Kaos Krew Records, Psy.ology, Timecode Records and MMD Records.

Psymedia : Hey Shay! To kick things off, tell me about your introduction to psychedelic trance. What drew you to the scene?

Shameless : My love for electronic music was from an early age. In 2001 I began performing as a DJ, and then two years later began producing. Psytrance had always taken my ears to another dimension, and that was a big draw for me. It took me a few years to really get good at it and find my sound, since there is so much to learn with regards to DJing and production. Spending a large amount of your day, ass-to-seat, is most definitely required! I also ended up studying sound engineering at Yoav Gera – School of Sound, which was a big help.

Psymedia : How has the psychedelic trance scene in Israel changed over the years?

Shameless :  For me this is a bit controversy. The Psychedelic Trance scene has most definitely become more commercial. At one point everything was still intact with a lot of magic. It’s a shame times have changed.

Psymedia : In your opinion, what will give life to the Full On style again?

Shameless : That’s not an easy question for me to answer. I don’t really know what the solution is. The times have changed due to a number of reasons, including people’s drug preferences among other things. The atmosphere is definitely different, at least in Israel. I hope the younger generation will live it again!

Psymedia : I believe you’re working on a remix of Deliriant’s track Unstoppable. What’s that been like? What makes a good remix?

Shameless : Yeah, I am almost near completing the track. So far I have enjoyed every minute in the studio working on the track. It’s really great fun. I really like the style of Deliriant. A good remix, in my opinion, is the ability of the artist to bring a new story with aromas of the old. Innovation is the key word! When you like an artist’s style, like in the case of me with Deliriant, a ton of ideas come to mind. It will be released soon, I hope you like what I did to the track!

Shameless : You need to have good co-operation and common agreement of both parties. Things like cuts, sound, story and more need to be discussed. It’s just two brains that are responsible for creating one track. There’s more of a challenge and it can be interesting and fun!

Psymedia : Are any of your side projects currently active? Nature Disaster?

Shameless : No, Nature Disaster is in the past and is not happening anymore. However, I am working on a new side project with my brother Orca. We will release more information as soon as possible and are working on completing an EP.

Psymedia : Do you think the internet has helped your career?

Shameless : Yes. The internet has helped a lot, I would say. It has opened up numerous ways for an artist to promote him or herself. Your following can increase due to the internet. It’s only been a positive thing, I would say. It also changed a lot. People went from ordering CDs to downloading them on Beatport in a second.

Psymedia : This will be your first time in South Africa. What have you heard about our scene?

Shameless : I have heard only amazing things since the moment I started with Psytrance. I have always wanted to play in South Africa and now my dream will come true! I cannot wait to kill the dance floor in Cape Town at Alien Safari Masqued Ball!

Shameless : I would like to say a big thank you to Alien Safari for the support! Love you guys, and see you all at the party for a crazy time!