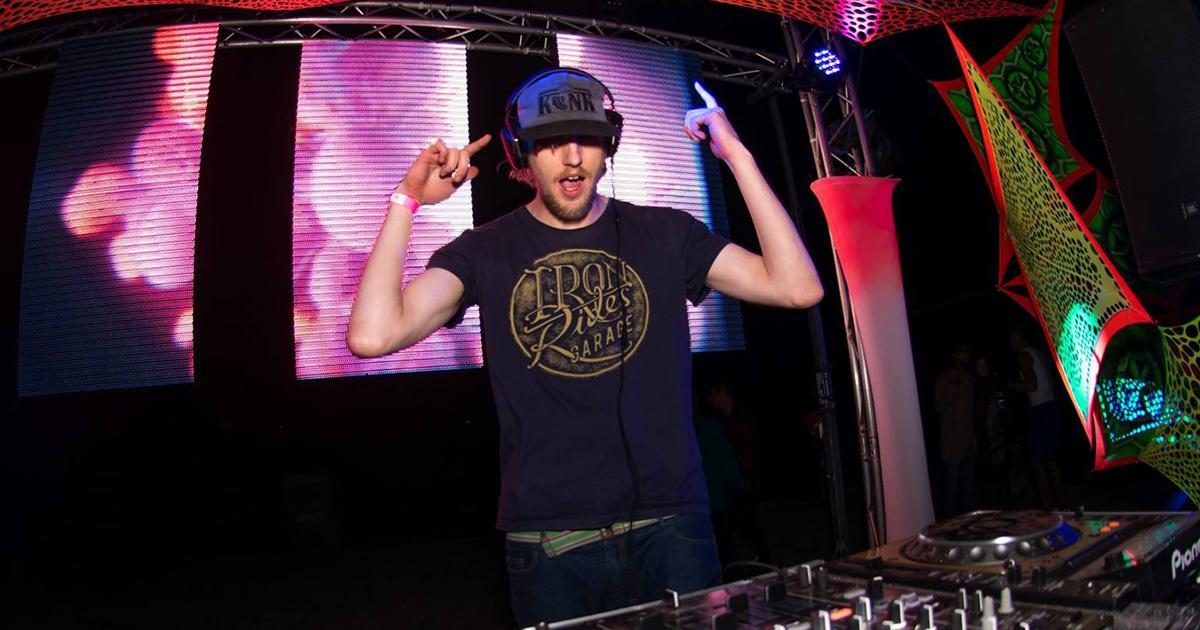 Rubix Qube is the solo project of Kieron Grieve. His interest in Psytrance was obtained through an older sibling, which eventually led him to studying sound engineering and music production at CityVarsity, where he met Carl (the other half of Biorhythm). Besides his two Psytrance projects, Kieron has also added Jam Jarr, a glitch-hop duo to his resume.

Rubix Qube is the solo project of Kieron Grieve. His interest in Psytrance was obtained through an older sibling, which eventually led him to studying sound engineering and music production.

At CityVarsity, he met Carl to form the project Biorhythm. Besides his two Psytrance projects, Kieron has also added Jam Jarr, a glitch-hop duo to his resume.

How you got involved with psytrance? I believe you spent some time refining your sound.

Howzit, howzit! I got involved via my brother who kinda shaped my perception of the Psytrance scene years before I even went to a party. When I finally managed to get some mates to come with me to an outdoor festival, I quickly realised how awesome the music was and how strongly I felt about contributing to this beautiful scene somehow.

I was knee deep in getting to know Reason 2 and Cubase VST at the time, trying to translate what I knew on piano and guitar into a computer was pretty easy, given that school was somewhat boring in comparison. I attended CityVarsity, which was good for engineering knowledge, but more for networking. I met Carl (Luna) there and from there I got involved with The Village and co-founded Biorhythm.

After my first Village and MMD party in 2008, it was pretty much set in stone that this is was I was going to focus on – this type of sound, with these types of people, in this kind of nature.

How often do you pick up the guitar? When is it beneficial for electronic production?

I do play guitar when I have the time. I have an Ibanez electric, a vintage nylon string and a twangy steel string. Guitar has always been a part of my life and I try incorporate it into the songs I make if I can’t synthesize a particular sound or melody I have in mind.

I’ve also done some small session guitar work for other studios, but nothing fancy. I love playing guitar, it’s the one thing I can trust on if the power gets cut! [laughs]

Your first side project is Biorhythm alongside Luna. How does the sound differ to your solo project? What’s your live setup like?

Biorhythm is really an amalgamation of ideas between Carl and I. Compared to the Rubix Qube sound, it’s got more layers and intensity – but it can be more groovy and melodic. Even if they sound similar at times, it has to be fundamentally different because there are 2 different approaches joining into one.

It depends on how feel and what we experience from festivals and parties here and overseas, but generally we sit down in the studio and make whatever comes to mind at the time. We interchange our roles as Biorhythm, both in the studio and live. Carl is a trained drummer and I’m an amateur guitarist, so we both learnt new electronic instruments and hardware based on those experiences.

We use the Virus TI 5 octave, Roland SPDS Drum Machine and iPad for most of our outdoor live sets. We have had guitar instrumentalists and extra synths, but this setup seems to work the best for the sound we’re going for.

You also perform alongside Bakaman as glitch-hop duo Jam Jarr.

Paul and I met at a Village party, funnily enough. I was engineering the Friday night when we had a multitude of alternative live acts playing – Bakaman and Spando performed and I thought it would go really well with some of the more random songs I’d been working on. We got in the studio and made the Jam Jarr version of Lazers & Vaginas, and there’s been more of that ever since!

Relaxation is not something I try to feel in the studio [laughs]. Paul and I are usually quite busy so finding the time to exchange ideas and make something tangible each session is pretty hard.

Creatively, the backing tracks are all over the show. I prefer to keep it that way so Jam Jarr can be my creative ‘playground’ where the solo Rubix Qube is more like a creative ‘battleground’.

It is a massively different process from the Psytrance sound, but I think the Rubix Qube sound sometimes comes through without any intention. The various electronic scenes in Cape Town are huge, and thankfully we are able to play our sound to the majority of them based on the glitch-nature of genre.

Have you been busy in the studio?

I’ve been a bit quiet on the marketing side for the last few months for the Rubix Qube act, but certainly not time wasted. It’s different when there is no deadline and it’s your own project, you know, you can really take the time to make it exactly what you want.

I’ve been doing a lot of versus tracks with students and producer buddies, but at the moment I’m in the testing phase of the album tracks.

Have you considered making something geared towards the day time, maybe a progressive project?

It’s been quite an interesting experience, being in the ‘twilight’ scene while the prog scene exploded the last season. I expect lots more of it this season, but that doesn’t mean I’ll be starting a prog act any time soon [laughs]. I’ll be trying my hand at all shapes of Psytrance for the album, so you can judge the ‘proggy’ track on there when it comes out!

At the moment I’m really enjoying some of the progressive trends here without me having a prog alias, and until I have some earth-shattering progressive ideas I don’t think you’ll be seeing a solo progressive side project from me any time soon.

I instinctively steer clear of any suggestions to start more aliases, but I have seriously considered this option based on positive feedback, so who knows! Time will tell.

You’ve also been involved with sound design for applications and games.

I have been involved with a few games on iOS and Android devices. It can sometimes be quite challenging. It’s not like you find everything in your sample bank somewhere. I’ve have to spend some time researching and experimenting with different techniques. It’s hard work but the fun involved is immense.

What’s it like being a part of The Village family since its inception?

It’s ultimate gees. These handful of guys take it upon themselves to create The Village, the village style of music, the village parties.

I feel like I make Village inspired music, and it’s humbling to be a part of the whole experience. I love that twice a year, I can count on seeing the whole community there working together to make something greater than themselves.

Aside from being able to perform there every year, contributing to that experience is really killer – but it’s something everybody does, just by being there you are making the level of parties increase in quality.

Thanks for the interview. Any last words before we finish off?

Thank you guys for the interview! I’ll see you in the front-everywhere!