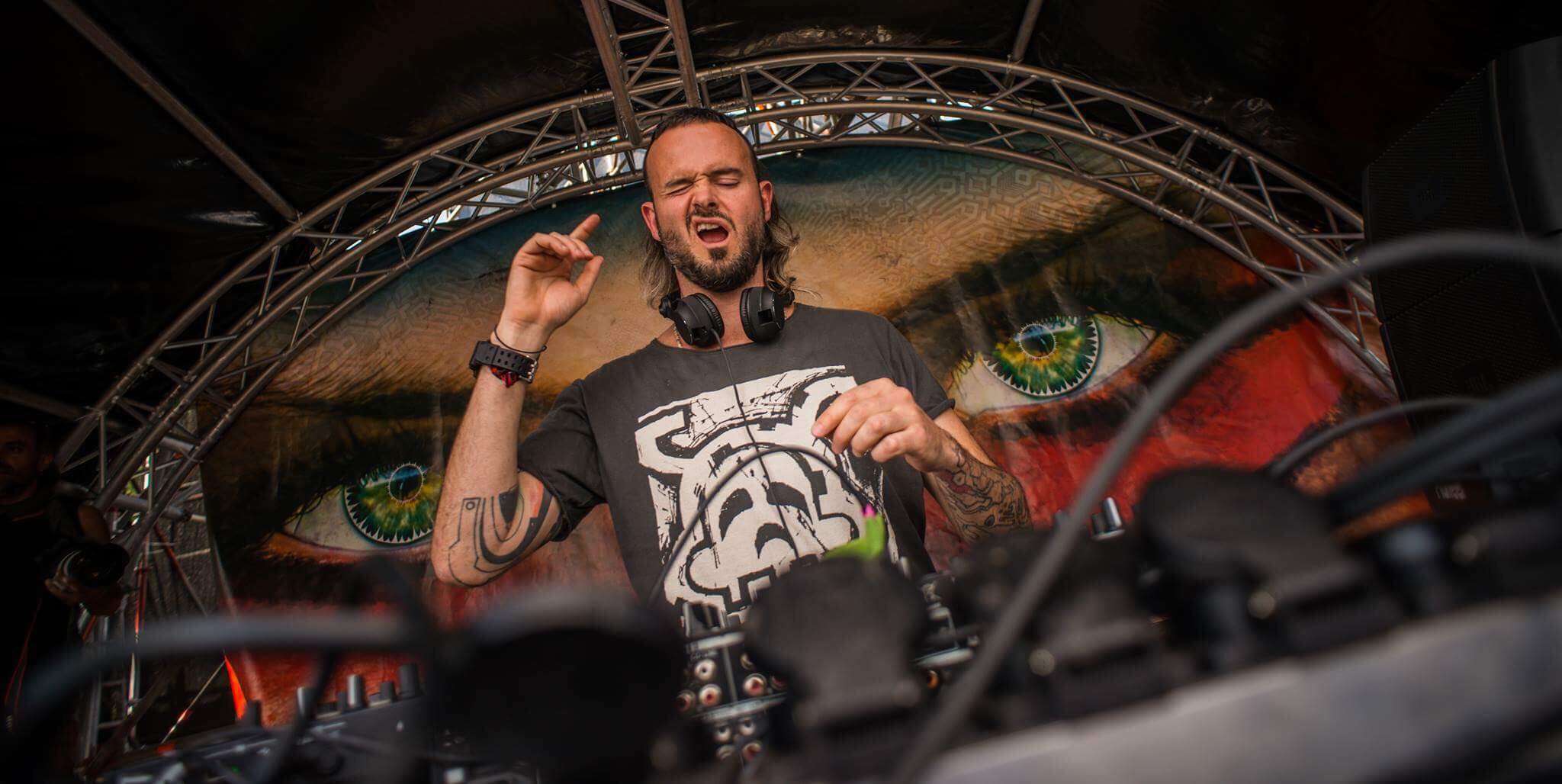 Rinkadink is Werner van Jaarsveld, an ex-South African living abroad with a home base in Spain. Since relocating, Rinkadink has become a huge name, playing major festivals around the world.

Hey Werner. You’re originally from Cape Town but have since relocated. How did your career start?

Around 1995 I started going to psychedelic outdoor parties because I loved the psychedelic elements in nature. At the time I was DJing genres such as Drum & Bass and Happy Hardcore and I really disliked Trance music.

My friends and I would party together but usually when they would go to the dance floor, I’d wander off into the bushes and check out the plants and insects. One day a friend of mine dragged me to the dance floor – the music and the dancers all combined to put me in a state of mind that I’d never experienced before.

Did that manage to capture your attention?

From that day on I was hooked. I decided there and then that I wanted to learn how to make dance music. The crowd’s reaction to the music was just so much more powerful than what I had seen in other kinds of parties at the time.

I got home from the party and installed a cracked copy of Cubase on my PC – it hardly worked. Then I called all my friends to borrow whatever crappy synthesizers and samplers they had lying around and a few months later I had a somewhat functioning studio. Back then the PCs were so limited that pretty much everything had to be triggered by MIDI: the kick drum, the sounds, everything. You couldn’t just load sounds inside the PC and expect it to play properly – it was a nightmare.

Making electronic music today is awesome! It’s like living in the future.

What’s the meaning behind the name Rinkadink?

Rinkadink is an old slang word from 100 years ago that means ‘cheaply or badly made’ or an unprofessional or incompetent individual or organisation. I just liked the sound of the word – it’s got bounce.

Out of your three full length albums, which has been the hardest to write and why?

They all had their ups and downs – I think the most recent one was hardest because at the time I started making it I had already begun to want to change my style and experiment with different music but I forced myself to focus on the full-on genre and write ‘straight down the line’ psychedelic dance floor music.

The production on your tracks have improved considerably since your debut album Rabbit from the Darkside.

I think a critical ear is important, as well as comparative analysis between your own music and the music of your peers and idols. I think I was just totally complacent in my level of production and up my own ass for way too long – I just didn’t care.

Now that I’ve moved into slower BPMs and more rhythmic and harmonic music I feel like a veil has been lifted around me and I can think and produce with greater ease and precision.

Tell me about your relationship with Alchemy Records.

In 2012 I took it on to rejuvenate the label, bringing in new kinds of music to what we used to release, and generally making myself available as a channel for new artists.

A number of years ago you mentioned in an interview how easy it is for someone with little or no musical training to put together a track.

The technology is just like paint and canvas – given the same tools most competent people would produce identifiable work. A good dance track doesn’t necessarily have to have any musical elements at all.

The producer just needs to have a sense of rhythm. Artists differentiate themselves by applying creative thought to the track that need to be made, by coming up with their own ideas of getting from A to B without mindless copying of already written music.

It’s a fine line to tread: making music that you think is fresh and creative and getting people to dance to it and declare it good and valid.

Thanks for the interview and see you on the dance floor!