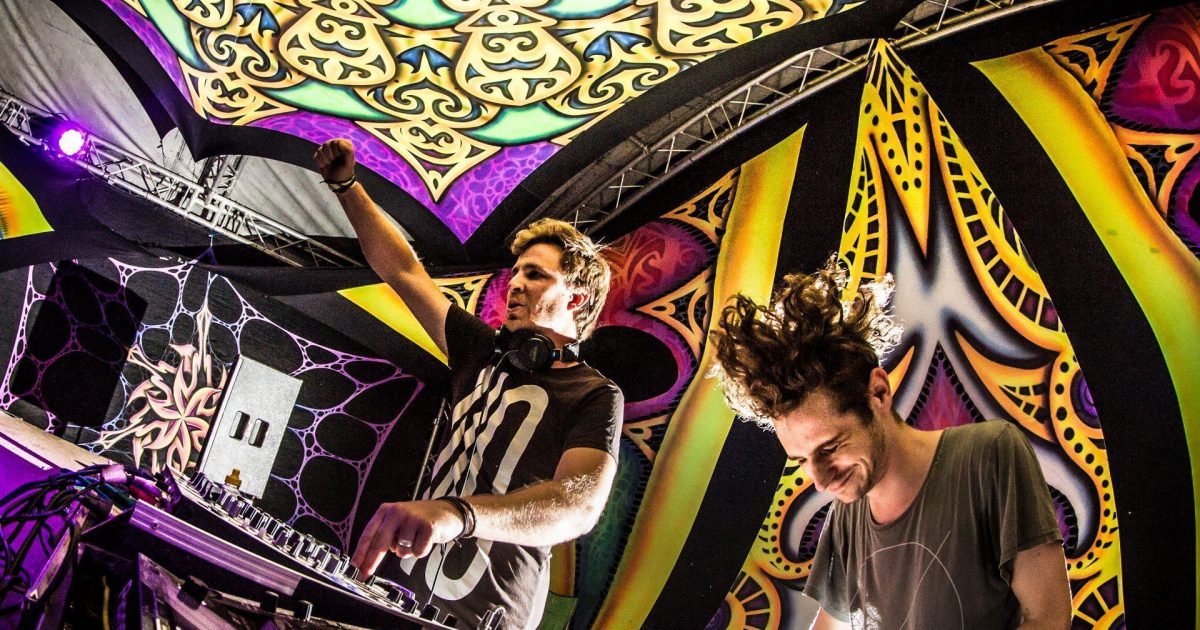 These 2 dudes have been playing at some of Cape Town's finest parties since 2006. Back then they were still battling the forces known as high school, yet with a bit of dedication and a ton of hangovers they quickly gained a reputation for being one of the most solid high energy duos in the Cape

Plusminus is Mike Van As and David Coe. These dudes have been playing at some of Cape Town’s finest parties since 2006. Back then they were still battling the forces known as high school, yet with a bit of dedication and a ton of hangovers they quickly gained a reputation for being one of the most solid high energy duos to rock our dance floors.

Psymedia: Howzit guys! Who is Plusminus and when did you guys form? Why start out as a duo?

Plusminus: Plusminus is myself, Mike Van As, and David Coe. We started DJing together about 8 years ago while we were in high school. House parties and then Gandalfs is where it all started. We would play there every Sunday night. Go to trance parties on Friday, party till Sunday then go play at Gandalfs (for bar tab) then go to school on Monday half asleep! I have no idea how we pulled that off every weekend for like 2 years. We were good friends that started together just as fun and nothing more. We had no idea that one day we would be playing at the parties we attended so often.

Psymedia: I gotta get this out the way and I’m sure you know it’s coming – Who is Plus? Who is Minus?

Plusminus: Hahaha. I think we’ve been asked that over a thousand times. In the beginning when we chose our name (which came from not having a Jog wheel on our “CDJs” when practicing. We couldn’t afford proper CDJs then so we bought cheap knock off ones with little + and – buttons to change the pitch whilst mixing). I called Dave up one day and said what about minus as a DJ name. He laughed at me and said “what about Plusminus because there are two of us” – and it stuck. For some reason people call me minus and then laugh I don’t know why. Neither of us is plus or minus.

Psymedia: Are you guys into the same kinda artists or do you each have particular tastes that get included in a Plusminus set?

Plusminus: We both started out loving the harder and dark night stuff, anything from 147BPM to 149BPM, but now it seems to be swaying towards day time styles. We still do play both even though daytime more flowing 145 is what we seem to be into. We normally play the “transition set” between a pretty hard night time act and a more morning act – or vice versa. But our love for the harder stuff is still there tho – there still is nothing better than a high energy hard Technodrome or Antispin dancefloor killer!

Psymedia: Do you guys ever produce tracks?

Plusminus: We have been writing music for a while but we both are really busy so studio time is scarce. We have a few finished tracks that are played every now and then we just don’t say anything hopefully we should have some stuff out.

Psymedia: Would you ever transition to production over DJing?

Plusminus: No, we will definitely stay with both. DJing is way too much fun! We also don’t have the time to produce full time.

Psymedia: Have you guys ever played outside of Cape Town?

Plusminus: We have played in Johannesburg a few times, PE, Grahamstown and Jefferey’s Bay. They were all so great. people all over South Africa are super friendly and know how to party. Playing at Wacky Woods was definitely one of the most memorable (or not – depending on how you look at it!) We would love to play abroad one day -I think that is what most artists work towards, so hopefully sometime in the future we can make that dream a reality.

Psymedia: Have you guys had any formal training that you’ve benefited from?

Plusminus: We both studied Sound Engineering but we learnt how to DJ on our own way before that. We used to skate home as fast as possible to Davids house after school and mix all day every day before we ever played anywhere in front of a psy crowd.

Psymedia: Who takes care of what during a set? Do you each have specific jobs?

Plusminus: We take turns in the mix but look out for each other while the other one is mixing like with timing or volume. Most of our mixes happen with four hands.

Psymedia: This will be your third Sprung in a row, correct? I think you guys are the only ones to do that so I’m sure the Alien Safari peeps dig your vibe! Does Sprung mean a bit more than some of the other parties, being the ‘official’ start to the season?

Psymedia: What are you currently listening to? Maybe some clues as to what peeps might hear at Sprung? I know you digging that new Antispin album – shoo!

Plusminus: Haha, yeah, we are loving the new Antispin album at the moment. Well, without giving too much away, you can definitely expect to hear some Antispin, Technodrome, Magneto and Brain Hunters.

Psymedia: Thanks for the interview guys. Is there anything else you might want to mention to end off?

Plusminus: We would just like to say thanks to everyone for all the support over the years. Its been amazing to see the scene develop and grow over time. Also a big thanks to all the organisers for all the time and effort they put into throwing these amazing events (and for letting us jam at your parties!) See you on the dance floor! This season is going to cooook!