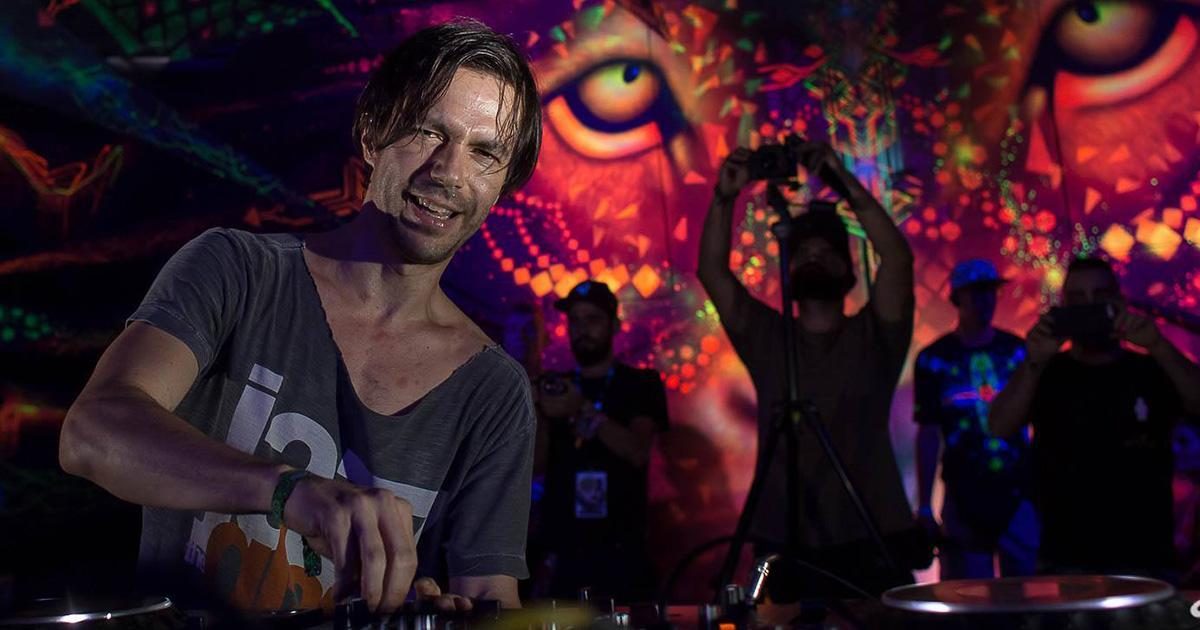 The Israeli artist started producing at the turn of the millennium, yet only had his first visit to South Africa last year for Earthdance. He's been back since then too, for New Years, and now we'll have him for a third time this weekend at Alien Safari Sprung. Pixel will play second-to-last on Sunday, just before Psybreaks master Hedflux takes over to close the party.

Pixel (aka Eli Biton) is an Israeli psytrance producer who has collaborated alongside the likes of Astrix, Domestic, GMS, Tristan, Freedom Fighters and more. Since his debut album Reality Strikes Back in 2004, Pixel has been a regular on the festival circuit. He is known to make appearances in Goa, India during the season.

Hey Eli! To kick things off – tell me about your earlier years [being introduced to the psychedelic scene], and learning from Domestic.

I was introduced around 1999 – 2000 at the turn of the millennium. I used to live with Domestic back then and parties were magical. After DJing for a bit, I felt the need to make my own tunes, but I lacked a musical background.

Learning to produce was kind of fascinating – I really had to learn from the ground up. After a year or so of toying around in the studio, I released my first tune Black In Black Out, which surprisingly became quite a hit.

With only one track behind my name, I started receiving international gigs. My first international appearance was in May 2001. I was moved by all the feedback I received and decided this is what I want to do with my career.

You have released a few albums. Are full lengths still a viable choice?

I’d love to do another full-length album. However, it’s not easy, as I’m kind of a slow producer. Travelling a lot makes it even harder to sit down in the studio. Nowadays, I guess, a few EPs spread throughout the year makes more sense than a full-length album. We are in a very fast consuming time these days – lots of information flowing in, which leads to a short attention span.

How has your sound [and production skills] changed since Reality Strikes Back days?

Well, my sound has changed quite a lot. Firstly, I’ve acquired new skills and experience over the years. Naturally, I’m always looking for the next trick and techniques to include in my productions.

Secondly, technology has seriously evolved. The software is stronger, offering better tools for the producer. I’ve also expanded my studio over time, buying some nice hardware units. That’s made a significant impact on my sound production.

You mentioned you’re a slow writer. Do you think artists are releasing tracks too often, with the intention of merely using their tracks for advertising purposes?

Yes, as I mentioned before, I’m kind of a slow producer. I like to pay attention to the smallest details – that just takes time.

Fortunately in the last few months I’ve managed to finish quite a few tracks, so I guess you’ll be seeing more releases soon. As for other artists, well, I’m up for producers releasing a lot of music. The only thing that bothers me is that a lot of the tracks sound too similar, made from the same sounds and techniques. A little more diversity would be much appreciated!

Many of your recent releases [over the years] have been collaborations. Do they mainly take place in studio or over the internet?

All of them were made in the studio – either my own or others. There is something about sitting together at the same place, brainstorming with each other and feeding ideas. This couldn’t happen over the internet.

What are your thoughts on South African psytrance parties and festivals?

I just love the South African psytrance scene. There are such lovely people – everyone smiles at you. The dance floor is responsive. People really seem to follow the sound, which is I like a lot.

You’re welcome. I’m really looking forward to being in South Africa again – lets have a blast!