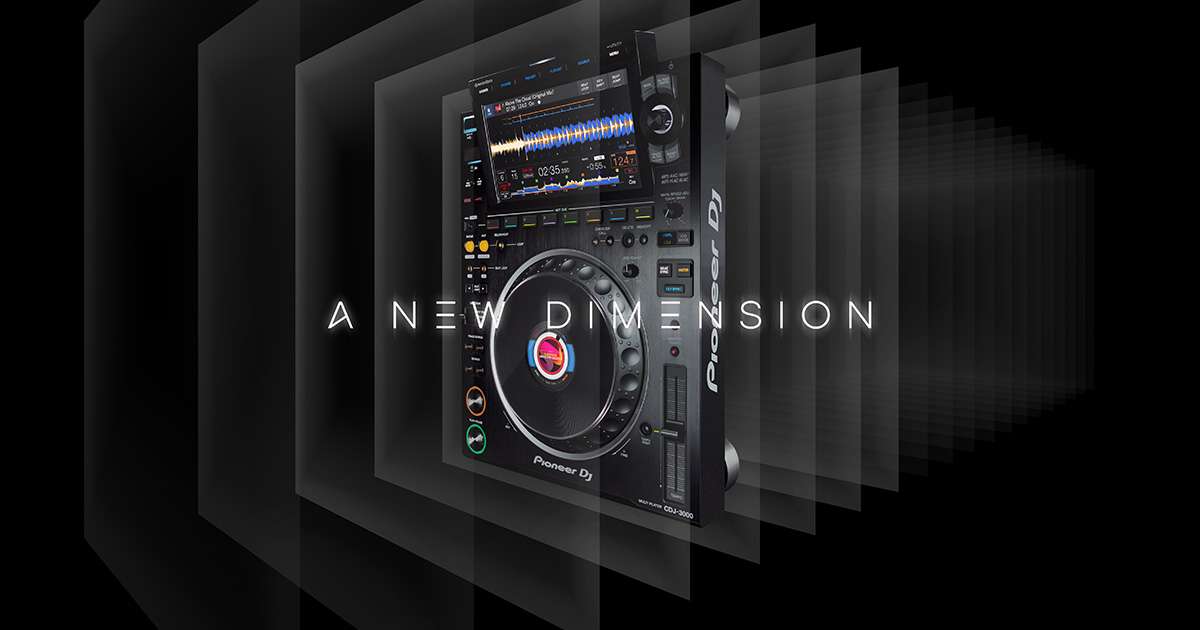 After months of speculation and sneak peaks, Pioneer DJ has finally revealed more information about the latest CDJ in their range, called the CDJ-3000.

The new CDJ-3000, priced at $2,299 each on pre-order, includes a MPU unit that has enabled Pioneer to implement new features that weren’t possible before, and introduce more via updates in the future.

The MPU has the benefit of stable performance and a smoother experience, like fast-loading tracks and Hot Cues. Furthermore, the unit also has a Gigabit Ethernet connection for Pro DJ link, allowing audio files to be shared across USBs and SD cards on up to six CDJ-3000s in combination with the DJM-V10 mixer.

The touchscreen has also been improved on the CDJ-3000 in comparison to the CDJ-2000NXS2 – it’s now at 9-inches and a higher resolution. Its up to 150% brighter too – which is great for low-light situations.

For the jog wheel, Pioneer has gone back to the drawing board too. The team said “it feels slicker than any unit we’ve ever made.” There’s a screen in the middle of them and the touch latency has also been reduced.

Rounding up its features include Beat Jump, Hot Cue and an 8-Loop Button. The CDJ-3000 is also iPhone compatible, which means you can play recordbox-analysed music off your phone – perhaps you don’t need a USB stick anymore? The Pro DJ Link Lighting also allows you to easily synchronize lighting to the music too.

While the Pioneer CDJ-3000 looks like a great unit, it’s more of a evolution rather than a revolution. It’s also disappointing that it still can’t analyze tracks on-the-fly, or integrate into any online streaming platforms like Pioneer’s very own rekordbox cloud or Beatport LINK.

Pioneer have also released the CDJ-3000-W and DJM-900NXS2-W, exclusive versions of the new flagship multiplayer, the CDJ-3000. The DJM-900NXS2 has also been given its own white version. Pioneer stamps each one with a distinctive plaque featuring a unique serial number.