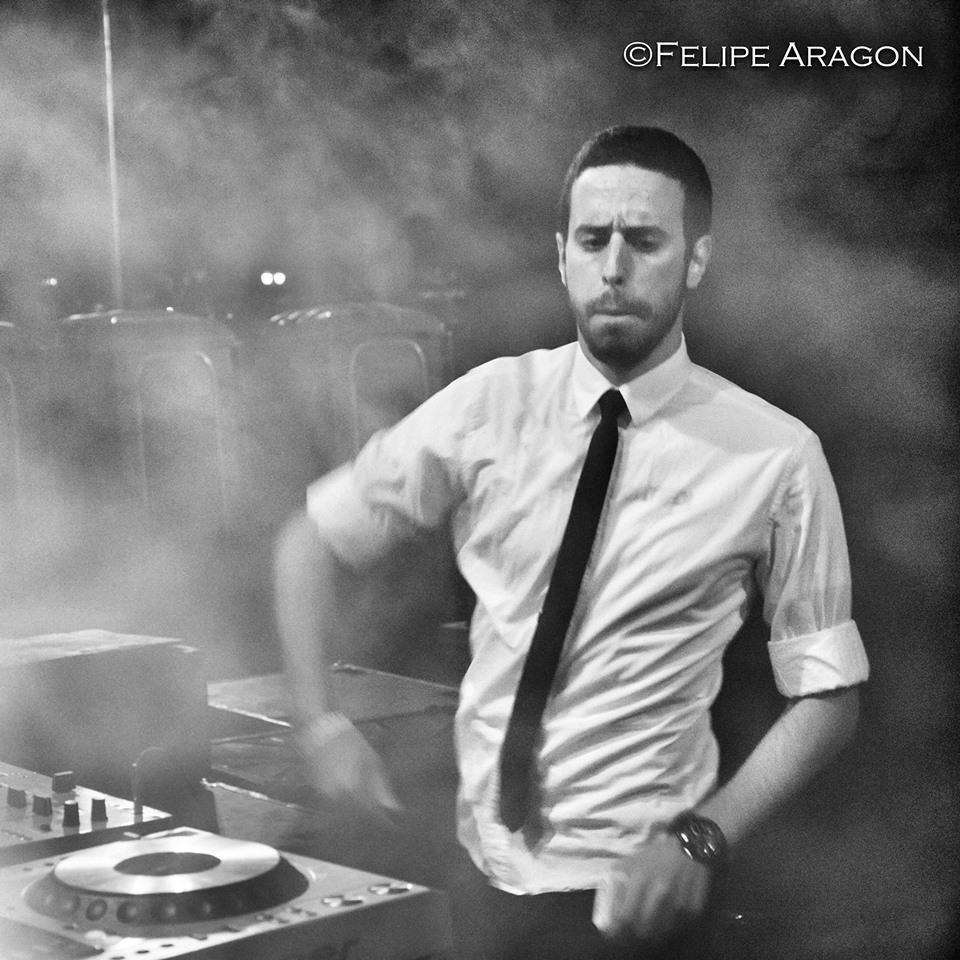 Mr. Suit is the solo alias of Maor Bargig, also known as Echo Logic. Roughly 7 years ago he started the latter project, whilst Mr. Suit followed in early 2013. Both projects will grace Cape Town’s dance floor for first time at Rezonance NYE Festival 2013-2014. Mr. Suit will also return later in the year for Alien Safari Sprung 2014.

Psymedia : Shalom Maor! Tell me a bit about yourself – how were you introduced to Psytrance?

Mr. Suit : Hello! My name is Maor and I live in the center of Israel. I have producing music for almost 8 years, starting my career off with my first project Echo Logic in 2007. At the start of 2013 I began my second project, Mr. Suit. When I was young my brother introduced me to electronic music and my ears loved the sound. When I discovered Psytrance and saw how people reacted to the music, I wanted to produce my own beats. I remember listening to the music, trying to figure out how to make the sounds. I never took any courses or lessons in production, so I was in front of the software all day trying to work it out for myself.

Psymedia : This year you launched Mr. Suit. Why did you decide to start a Progressive project? How did the name come about?

Mr. Suit : I decided to start Mr. Suit because there is a bigger crowd right now. I love Full On, but over the years you can get tired of high BPM music. Was I hesitant to do it at first? Sure! It can be hard to make the move to Progressive after producing Psy for so many years. With regards to the name, it is actually quite a funny story. The first time I was invited to play as Echo Logic in Japan, in my stupidity, I thought I needed to wear a suit to look formal for the Japanese Immigration, even though I realized it would not be comfortable to wear for a 12 hour flight. As I finished my sweaty journey and arrived on the other side, while waiting for my bags for a very long time, I dreamt of taking the suit off and having a shower. My luggage never turned up, thanks to the airline company losing my suitcase, and that’s when I realized I would be stuck with the suit for longer than I had initially planned! Two hours later I was on stage, playing for the first time in a suit – a lot earlier than I thought it would happen in my life.

Psymedia : What’s it like being a part of the Blue Tunes family?

Mr. Suit : As everyone knows, Blue Tunes Records is one of the biggest labels for Progressive Trance today. I was exposed due to the following in Europe, a ton of good artists on the roster. Working with Blue Tunes has been an amazing experience so far, they are like my second family. Sirko (Symphonix) is always pushing the artists and giving them his full support. It is a good feeling to know your manager wants just as much success for your project as if it was his own.

Psymedia : I believe you’re busy wrapping a new Mr. Suit EP. How will the new release differ from your previous two EPs?

Mr. Suit : With my new EP I will try to shape a new sound to match my exact emotions and bring them to my audience. My new stuff is influenced by daily life, and what is going on in my head at the moment. Of course, I have musical influences from my past productions, and some of the music I’m currently listening to like Classical, Rock, EDM and Progressive House. In my new material I will try focus on warmer sounds and create a unique vibe. A combination of more commercial music and progressive trance, if you will. So far it’s going great, and the feedback I have received is amazing.

Psymedia : What have been some 2013 highlights for you?

Mr. Suit : I began Mr. Suit not too long ago, and have already released two EPs that became Top 10’s on the Beatport charts, receiving a lot of love and support from all over the world. I have had amazing experiences with this project in such a short time, and it will also be my first time in South Africa soon, which is definitely a highlight.

Psymedia : What have you heard about the South African scene?

Mr. Suit : First of all, I want to begin by saying I am a huge fan of South African Psytrance. I have spent many days and weeks listening to the style so I’m very excited to play there. I have heard many good things about the South African scene, as most of my friends have already played there and returned with amazing stories. I have heard it’s a colourful crowd, with beautiful people, extremely good energy, and plenty good vibes on the dance floor!

Mr. Suit : My new EP Five Stars will be released on Blue Tunes Records in early January. It will include a fresh remix of a Nok and Ruback track. It’s going to be a bit different from my previous releases, more punching sounds to be played on a dance floor.

Psymedia : Thanks for the interview! See you at Rezonance NYE Festival 2013-2014. Anything to add before we finish off?

Mr. Suit : I love you, South Africa! I am really excited to drop my beats over there! See you soon!