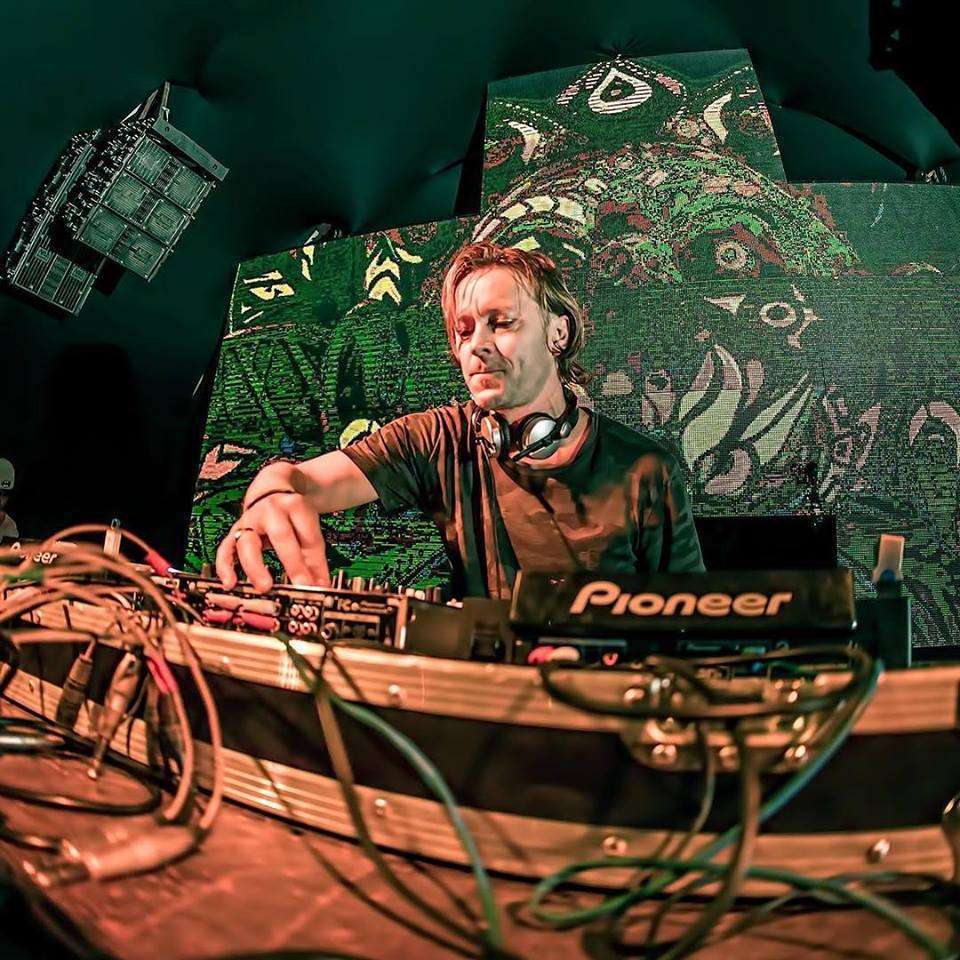 Swiss artist Mekkanikka is back in South Africa, returning for two outdoor festival appearances. His first performance will take place at Twilight Open Air Festival V6.0 in Johannesburg, followed by the {psy.ology} Festival debut in Cape Town. A long-time member of the scene, Mekkanikka has close ties to a number of important names in the scene including CPU and Mad Maxx as well as record labels Nutek Records and United Beats Records. We decided to have a chat with Mekkanikka ahead of his visit to South Africa.

Psymedia : Hey Nicolas! To begin, you were born in Switzerland before making the move to California. San Francisco is known for being a music goldmine. How did the area influence you and others to eventually form the project Biodegradable?

Mekkanikka : Hi. I moved to California in the first place for the music scene. Switzerland has a tendency to make bankers and watch makers. I didn’t feel it was the best place for musicians. San Francisco has always been a city with a strong psychedelic influences. It was great to be part of such a scene for the time being. We ended up very influenced by all of it, the early Burning Man scene, the great underground clubbing/warehouse parties led us to start Biodegradable.

Psymedia : After the debut album Phaser in 2002, you went your separate ways and formed your individual projects Mekkanikka, CPU and Mad Maxx. What led to the separation? How did your years in Biodegradable benefit your early solo career?

Mekkanikka : We actually almost never performed Biodegradable except in California and a few other places. Back then we were all living together in a warehouse with the studio and sometimes working together. Having 3 strong musicians being confined into one project became too much and we all wanted to explore our own musical sides. The influence of Biodegradable was not so strong I guess, the scene around us was influencing us much more.

Psymedia : You’ve been involved and released with CPU’s Nutek Records for quite some time too.

Mekkanikka : Well actually I left Nutek about 4 years ago. I felt my musical direction was taking me away from the so-called Nutek sound. I have been involved with United Beats Records since then and I am partnering with Max (Mad Maxx) and Bart (XSI) on this new venture.

Psymedia : United Beats Records is a few years old now. What’s it like working with a new label considering how rocky the music industry is?

Mekkanikka : It’s been a few rocky years since the whole scene moved into the digital format, but it feels we are finding ourselves more independent from distributors and more in control of our music/projects. United Beats Records has been growing a lot lately and I believe it will grow stronger within the next year. Lots of great music will be released in the coming year.

Psymedia : You’ve released several albums in your career. Do you think the format works or do listeners want music quicker in EP format? How much do you think the physical packaging, artwork and titles of tracks contribute to the artist’s vision?

Mekkanikka : Well I still enjoy a full album, 2-3 tracks in an EP doesn’t quench my thirst, whereas 9 tracks tell you a story, it allows the artist to fully express himself. The physical packaging has lost it s value of course, but this already happened when the music industry moved to CD format. Vinyl was a true work of hard with great covers. It really was a way to express the whole vision of an artist.

Psymedia : How would you compare the sound and production of your work now to your earlier years? Do you mainly make use of hardware or software? Take me through the process of writing a Mekkanikka track.

Mekkanikka : My sound has changed quite a bit over the years. I appreciate when artists evolve. My first album on Spirit Zone was made with sampler, synth and a mixer all hardware and then the output of the mixer was recorder onto a DAT machine. Later on I moved into the digital world using only digital plug ins and synth. Right now I am back to the full analog spectrum of thing. I write with Logic using plugs, but then I run everything through a Summing device (Egret-crane song), Analog EQ (JDK), analog Compressor (Millennia TCL-2), Analog convertor (BURL b2) and a new toy called M/S Mastering by SPL that allows me to split the stereo signal into a Middle/Side signal, so I can treat the center and the side separately.

Psymedia : Does it surprise you members of Biodegradable are still active in the scene so many years later? How does collaborating now on tracks differ to your Biodegradable years? How has the scene changed?

Mekkanikka : It doesn’t surprise me since we all were deeply involved with music back then. The process was very different back then given the gear we used to use and the technological leap forward that has happened over the past 10 years. Sounds have become chunkier and the sound system themselves have evolved quite a lot, allowing for a more precise enjoyment of the music. Nowadays you can collaborate without even being in the same physical space, just over the net, which gives a whole different meaning to the word collaboration.

Psymedia : This won’t be your first time in South Africa, having been here for a few outdoors. What have your previous experiences been like and why are you excited to get back here?

Mekkanikka : Yes, I am very excited to be back in South Africa. I really enjoy the dance floor down there. People are full of energy and are really going for it. This time I will come to Johannesburg and it will be a first for me. Looking forward to discover the city and the scene.

Mekkanikka : I am working on a new album at the moment, I haven’t found a name yet, hopefully it will come to me during the tour in South Africa. I also have a track called “Magical” that will be released on Party Smart 2 with United Beats Records.

Psymedia : Thanks for the interview. See you at psy.ology festival. Anything to add before we finish off?

Mekkanikka : Can’t wait to come down leave the fall here in Europe and enjoy the parties in a full South African spring action !