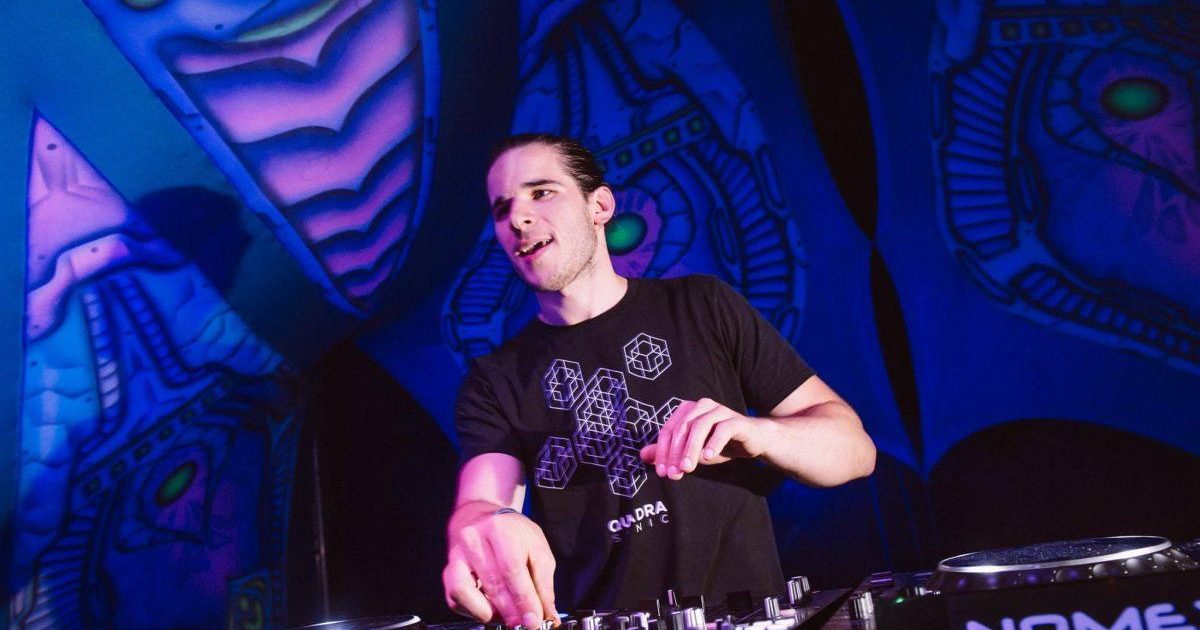 Whilst preparing for Universo Paralello in Brazil, we contacted Andreas to chat about his solo project Materia, his relatively new side project Mindfold alongside Brainiac, and to capture some of his 2013 highlights.

Materia is the solo project of Austrian producer Andreas Moser. Now a veteran of the scene, Andreas has released under several aliases including Materia, Mindfold and most recently Quadrasonic.

Hey Andreas! To kick things off, tell me a bit about yourself and what attracted you to the psychedelic scene in Austria?

Hello! My real name is Andreas and I grew up in Salzburg, Austria. In my early teen years I played around on a Roland MC-505 groovebox, mainly focused on sound design rather than any particular style of music or genre.

I first learned how to create sounds around 1998, and began experimenting with tracks which turned out to be something along the lines of atmospheric-acid-techno.

Shortly after, I discovered Psytrance with a bunch of friends who were eager to become DJs. Psychedelic music directly caught my attention, and I decided to create it myself!

What’s the scene like in Austria at the moment?

Materia : We have a vivid trance community within the bigger cities in Austria. In the capital of Vienna, parties take place every weekend with international lineups, and promoters work hard throughout the year to throw events. Even during the winter, festivals take place. We are surrounded by some big happenings!

You’ve been with 24/7 Records for the duration of your career. What is your involvement with the label?

24/7 Records was founded by Alex (Astralex) and Jakob around 2006. I have been a part of the label since the very first second as an artist and designer.

Over the years I have gradually become the mind behind most of the activities and I’m so happy to have gathered great artists that are able to perform and create on an international, no-holds barred level in terms of quality and commitment. We are always trying to push the boundaries of Psytrance with every release.

I still see an album as a showcase to present a musical journey by an individual artist. Even though people are not really into buying CDs anymore, in my opinion, an album is definitely worth more on the market than an EP.

However its value is not reflected in sales. The digital age has made our music quite ephemeral and with it comes the pressure of releasing regularly which generally doesn’t lead to quality. For me it has been quite hard to compete in such an environment.

While some artists finish tracks in a couple of days, I tend to spend weeks or months on some tunes.  I just hope some people do notice the hard work I put into my music.

Tell me about your project Mindfold alongside Brainiac. How does it differ from your solo projects?

I discovered his music 6 years ago after his first few tracks featured on compilations and I ended up contacting him on MySpace. We met for the first time in Munich to work on a track together, without ever considering we might have a more permanent project in the future.

Our first collaboration track was called Mindfold. He is a creative machine and our workflow together is much faster than when I am on my own. Today my solo tracks are a bit less Full On, and working on tracks with Brainiac feels like a competition for crazy ideas. We mostly end up having 3 tracks put together into 9 minutes of high power trance! We have a lot of fun in studio and whilst travelling together, so I think we are a pretty good match.

What’s the best piece of advice you received early on in your career?

In my first years of production I learnt so much, spending countless amounts of hours in the studio with good friends like Astartica and Illicit. We were so thirsty for knowledge!

However, when I started I never really had some sort of mentor, because there were very few artists involved in Austria at the time. As a result, I taught myself through trial and error, and I developed my own ideas. However, the best advice I received through my family is to keep producing music I appreciated, and I believe art can only arise from passion!

I would like to thank all the listeners for supporting my music over the years who have made it possible for me to carry on my work.

Secondly, not to forget my friends and co-producers who have helped me evolve my career even further.