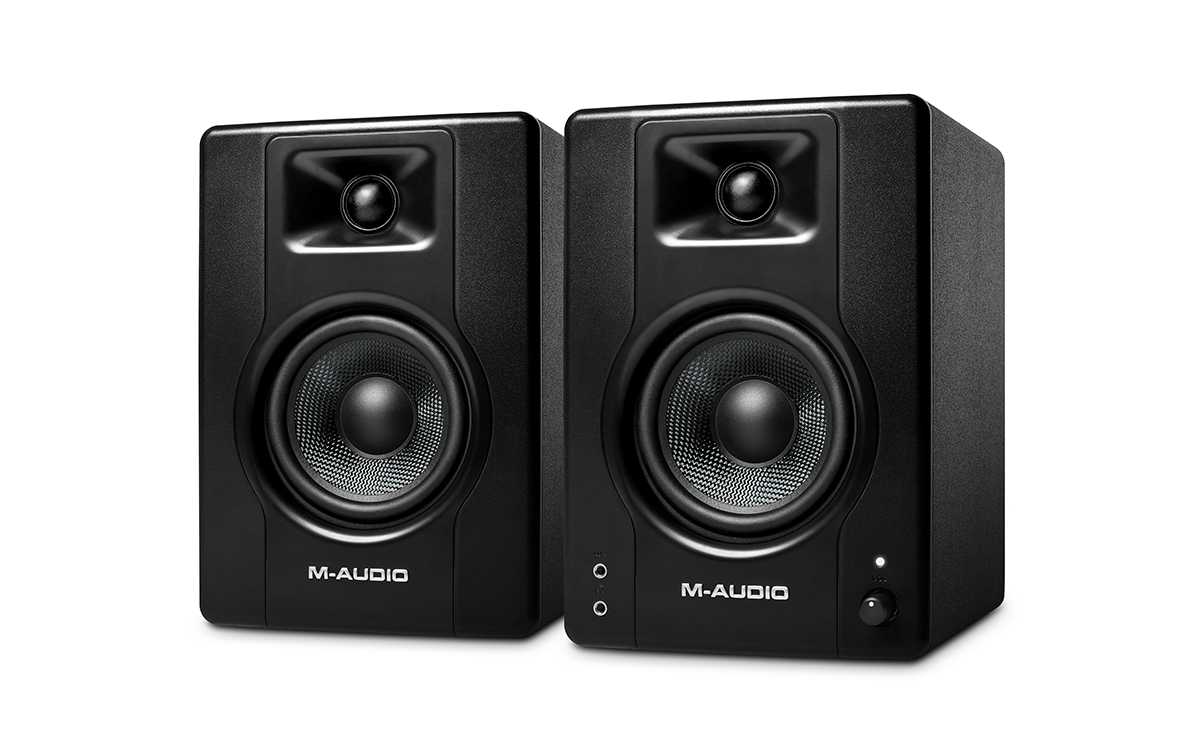 M-Audio has released two budget-friendly multimedia monitors that work as an all-round solution for listening to music, watching movies, live-streaming and music production.

At 3.5” and 4.5” woofers for the BX3 and BX4, they are otherwise identical and are housed in an acoustically-inert MDF cabinet. While these aren’t intended for high-end users, consumers now have the option to purchase a decent set of studio monitors for under $100.

The speakers also included high and low EQ controls, plus 1/4″, 1/8″, and RCA inputs on the rear panel. On the front there’s an 1⁄8″ aux in and headphones output

Either are a great choice for beginner music producers too, as M-Audio has teamed up with Avid to make a special version of their DAW software called Pro Tools | First M-Audio Edition that’s thrown in.

Plus M-Audio also includes 20 Avid Effect Plugins that help users record, mix, and edit any audio project. Not bad to get started as a music producer!