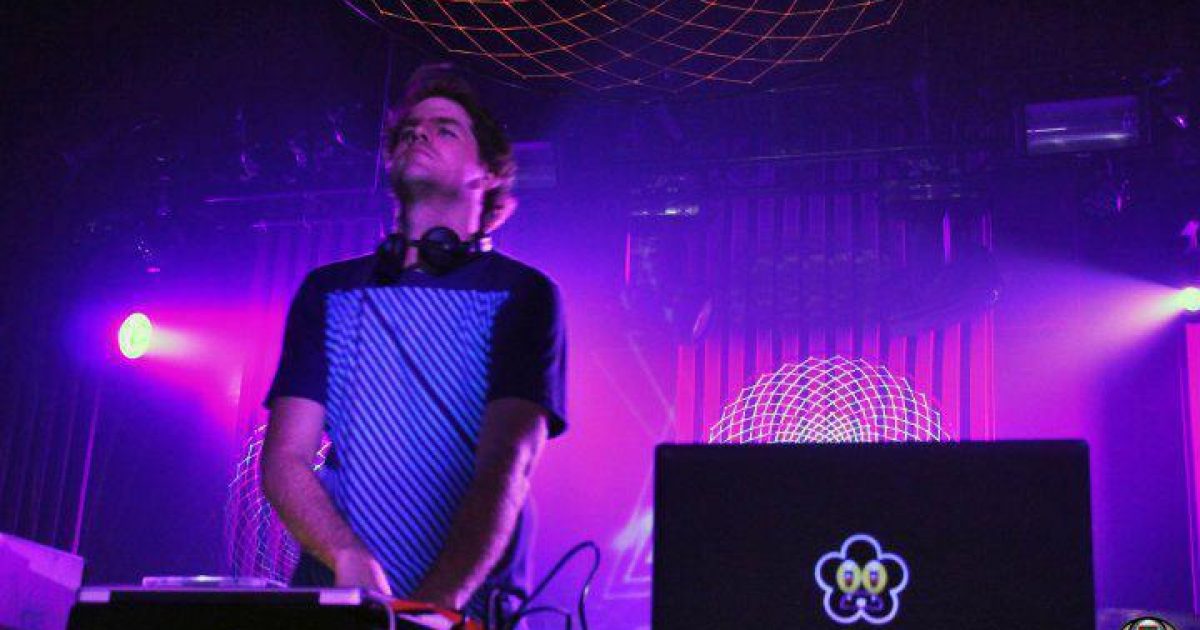 It's been 20 months since we last spoke to Gerhard Olivier, also known as Lost & Found. This Saturday Lost & Found will take the stage alongside Deliriant, for an epic 2 hour special set to close Olmeca Tequila presents Psymedia vs MyCityByNight FINAL ROUND.

It’s been 20 months since we last spoke to Gerhard Olivier, also known as Lost & Found. Since then, the South African living abroad has a lot to say about the local and international scene. Things have changed – in terms of the music, the organisers and the attendees. He’s also busy working on a follow-up to his debut album, Decoder. This Saturday Lost & Found will take the stage alongside Deliriant, for an epic 2 hour special set to close Olmeca Tequila presents Psymedia vs MyCityByNight FINAL ROUND.

Psymedia : The last time we spoke was at the end of 2012. What’s been the biggest changes for you?

Lost & Found : My focus has shifted a lot since then. I’m not interested in “playing the game” and following trends anymore. You only live once and if I am going to dedicate my life to making music, then I’m gonna make music that is truly an expression of me. I’m not gonna dilute my vision by trying to be accepted on the Beatport top 10 or whatever. So I have taken a more “outsider” stance in terms of self-expression in the trance scene. 100 fans that truly believe in my music who are interested in dissecting it means much more to me than 10 000 people who only like me on Facebook because they’ve heard who I am or something. There is a definite void in terms of individuality in the trance scene now and I don’t see the use in confining my sound in order to fit in. As they say I would rather fail at originality than succeed in imitation. That is my vibe at the moment.

The individuality thing actually became really apparent to me when Artifakt stopped playing and mastering. I worked with him from day 1 so when he told me that he won’t be doing mastering anymore it was quite a turning point. He was a very important artist in our scene because he created his own sound and rocked dance floors with class. In a way I’m carrying on the torch. So after all this time I had to find a new person to master my music. I’m very fussy with this so it was kind of a big deal for me. Now I am working with Scorb, he seems to be even fussier than me, so that is perfect.

Production-wise, I used to edit the shit out of everything. Nowadays I like to keep things a bit more gnarly. Theres less focus on it being just right. I try to make things a bit looser and more fluid. Capturing the vibe is the main focus.

Psymedia : You’ve been back in Cape Town for a few months. As a South African living abroad, have you noticed any transformations in our scene?

Lost & Found : Yes, I must say the scene definitely went through quite a drastic change. I would even go as far as saying that the essence of what the scene is about has been lost. For one thing: there used to be a distinctive “South African sound” that was unique to our dance floors which in turn made a big impact worldwide. We had the Timecode/Nexus sound and we also had the Nano sound. Nano is for sure one of the top labels, if not the top label in the scene right now and much respect to them, but in the beginning they introduced a new sound coming from South Africa. So we had a South African sound that covered almost the whole spectrum of trance. This is simply not the case anymore. I don’t know what the reason for this is, possibly it’s because there aren’t new producers coming from South Africa that push their own sound? In my opinion, the sound you hear at parties in South Africa now is a much more homogenous sound in line with the rest of the world than what we had before. So in that sense there is a danger of losing what makes us unique, if we haven’t lost it already.

Also, it is clear that psytrance has now reached “critical mass”, so in turn we have more normal/regular people who are coming to the parties just because it is popular. There is nothing wrong with this in itself, but the problem is that artists and DJs kind of dumbed down their sound to make it more accessible and easier to dance to. Tracks with build-ups and drops get the best reaction because they spell out to the people on the dancefloor what is happening next. This pulls you out of the “trance” that trance music is supposed to induce. Another observation is that things are clearly more political between promoters than before.

Psymedia : While you’re back you’ve been working with Deliriant. What’s it like working with Shane? I believe the tracks will be released as an EP?

Lost & Found : Working with Shane is cool because he is quite easy going. When we work together there’s no competition to see whose sounds can feature the most. Sometimes when you collaborate with someone it can be a pain when the other artist gets attached to a sound he/she made and doesn’t want to see it removed when you don’t like it. I have had a few collaborations shelved in the past because of factors like these. It’s important not to take anything personally during a collab and focus on what is best for the track. I like collaborations where both artist’s individual styles virtually dissolve into something neither would have done on their own. So in that sense, Shane is not a pain in the ass!

Psymedia : Last time we spoke you were already working on a follow up to your début entitled Decoder. Has the writing process been different? How might the album differ?

Lost & Found : The new album will be called Consumed. The previous album Decoder was looking into the future and trying to be “perfect”. Now we are in future that Decoder envisioned and it’s not all that great. With perfect production comes a loss of humanity. Trance sounds like music for robots these days. There are no mistakes, no remnants that a human was actually involved in the music making process. Nowadays – every kick, high hat or lead sound is too clean and over produced. People always say “old is gold”. Old is gold because the music had production mistakes that gave it a lot of its magic. Most of the new updated remixes of old classic’s like Deedrah – Reload has almost none of the vibe that the original had (with all due respect). It’s because the original was rugged and bad ass. Another example is Sub6 – El Novation (trance mix), I loved that track. Now there is a new version that has no vibe. So with all this in mind, the new album is much more dirty and human than Decoder. Dirty doesn’t mean distortion, it means that the sounds have natural artefacts that tells a story in itself.

Psymedia : You’re scheduled to play for 2 hours versus Deliriant at #PSYMCBN on Saturday. This will be your first time playing together. What’s going to make it a memorable set?

Lost & Found : We are attempting to make the whole set a mashup of our styles. You will hear for instance a known Deliriant track with known Lost & Found leads on top and vice versa. For people who know our stuff it will be exciting to see how it all fits together.