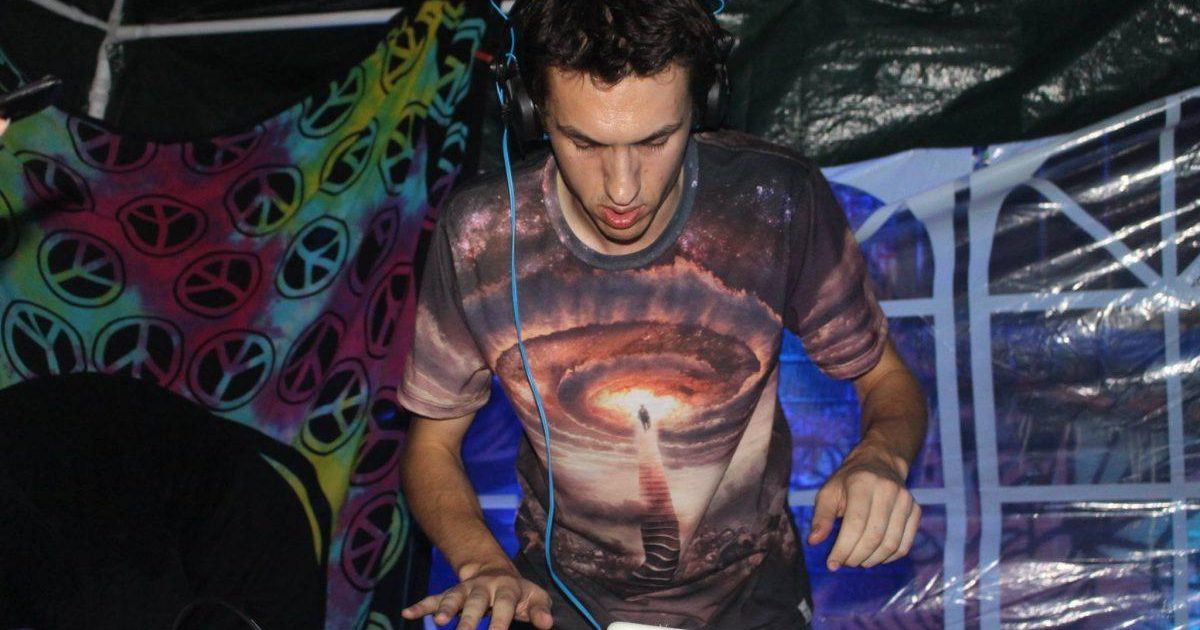 He's been an active participant in the Australian scene for almost a decade, primarily focusing on night time and twilight Full On. After cementing his role as event organiser, two years ago Richard founded Replicant Records to help grow the genres within Australia and abroad.

Glacial is Richard Sloane. He’s been an active participant in the Australian scene for almost a decade, primarily focusing on  night time and twilight Full On. After cementing his role as event organiser, two years ago Richard founded Replicant Records to help grow the genres within Australia and abroad.

Psymedia : Hey Richard! To kick things off, tell me a bit about yourself and your introduction to the psychedelic scene?

Glacial : I’ve been involved in the Psytrance scene in Australia for around 8 or 9 years now. I first started listening to the genre in my last year of high school thanks to a like-minded friend and quickly became hooked on both darker Psytrance and the South African twilight Full On sound. Eventually a friend and I created an event organization called Sonic Circus which led to around 6 indoor events in which we featured acts like Khopat, Principles of Flight, Illegal Machines, Rubix Qube and Biorhythm. Eventually my partner decided to step aside which led to us ending that venture, and in more recent times I’ve founded my own label, Replicant Records, and started doing events in collaboration with longstanding Melbourne organizers Fool Proof.

Psymedia : What’s the Australian psychedelic scene like at the moment?

Glacial : Varied. We face a few challenges including our distance from the rest of the world and our relatively small population for a country as large as ours, but that’s not to say that there aren’t some great parties.  Musically speaking the prevailing styles don’t always align with my tastes but I’ve met a lot of amazing people and had fantastic experiences I’ll never forget thanks to the scene back home, we have some beautiful venues as well so its definitely worth checking out if you’re ever in Australia.

Psymedia :It sounds like it’s similar to South Africa in some ways.

Glacial :Similar in many ways, different in others. I think the concept and basis of parties are universal for the most part, with that being said no two scenes are identical. The age of the crowd at our parties is on average much older. There are a lot more 30 somethings back home than I see at most events here. The musical flow is quite different too, we actually sometimes have a bit more darkpsy back home but much less night or twilight Full On, and as a general rule a bit more progressive as well. The prevailing prog sound is a lot different too. Zenon Records is based in Melbourne (my home city) so that darker prog style gets a lot more play than it does here. Glitch hop is integrated with the Psy scene as well, so you generally get a few glitch sets at a lot of parties. That’s not something I’ve ever run across in South Africa. Event size is another one, our population is from memory around half of yours and the capitals are very spread out, due to that there are just less people who actually party than there are in the major South African cities which obviously impacts on the events. With that being said, our biggest few parties are probably a bit bigger than yours. This weekend in Melbourne Rainbow Serpent is on which in its larger years can hit 15,000 to 20,000 people. This year the pre-sold tickets have completely sold out which means the site capacity will probably be reached at some point. The general feel and atmosphere is quite similar though, in many ways we have quite a comparable culture and outlook.

Psymedia : What made you want to start a label?

Glacial :  I saw what I saw as a bit of a void for labels supporting the heavier yet melodic night time, twilight and even morning music that I enjoyed.  I approached it as a chance to give something back to the scene and genre that had given me so much enjoyment over the years by not only supporting the music I love and the people who write it, but by enabling and encouraging more of it to be written.  A lot of the music we’ve released in many cases would never have seen the light of day if it wasn’t for the us and the compiler coming up with a concept and direction for the release. As much as some people feel that record labels might be a thing of the past in the digital age, I think they’re a vital part of the industry, both in terms of maintaining quality control and in promoting and supporting artists and music in general.

Psymedia : What’s been the most difficult task about running the label, and what do some of your duties involve?

Glacial : The most difficult part has probably been the booking aspect, its definitely a challenge being based in the middle of nowhere compared to the rest of the worldwide scene. The other major challenge in my view is piracy. I don’t view the label as a money making venture, for me the music comes squarely before profit but we would like to be able to pay the artists what they deserve for the countless hours spent slaving away to perfect each track, a big thanks to everyone who’s supported the releases thus far!

As for duties, essentially everything. Running the website and social media platforms, maintaining the artist roster and release schedule, working with artists and label DJs to decide what releases and what tracks come out where and when, and then the promotional aspect as well. I’ve got a relatively specific style and sound in mind for the label so I take quite a hands on approach in order to maintain that.

Psymedia :Is there a solution to the piracy problem beyond increasing sales?

Glacial :No obvious single solution. I think there are a few key causes of the issue besides how easy it is to just download without paying these days. To me possibly the main one is is the flood of music coming out since technology has allowed anyone to become a producer. In some ways its been a positive thing in that you no longer have to be particularly wealthy to do it but its also led to what I see as a complete disintegration in the consistency and quality of a lot of the music that’s coming out. Not just in terms of the twilight Full On we release but within the genre as a whole, you have to wade through 20 average, poorly produced or carbon copy releases to get to one or two decent quality ones. Even though I do it I can completely understand the average person not wanting to spend hours on end wading through the Beatport charts to get a couple of tracks that they actually like. Another is the price of music at the moment. Quite often it can be a comparable price or even even cheaper to buy a physical CD than it is to buy WAVs of an album online. We’ve got some plans to fix that for our own releases in the near future but its a widespread issue that I think is definitely having a big impact on whether people can be bothered buying music or not. I also think a lot of people don’t quite understand how much time and effort can go into making, perfecting and polishing the tracks they enjoy and how little an artist can get at the end of the day if everyone just pirates everything. Compliments on music are nice but they don’t help pay the bills or motivate you to keep writing and releasing music.

Psymedia : Just over a year ago you threw the first Replicant Records outdoor with Fool Proof. Are there plans to host more parties?

Glacial : Definitely, we collaborated with them the year before last for our first joint outdoor with Antispin and Sinerider headlining, and we also organized an indoor a few months back with Absolum & Transwave.  Volume 2 of our outdoor is happening in a few months with Brainiac and South Africa’s Rabdom L making the trip down under this time around.

Psymedia : Tell me about your relationship with South African label MMD Records? How did that happen?

Glacial :  I met Zion Linguist in Australia many years ago and approached him about playing for MMD. I’d been listening to the labels releases for a number of years and wanted to be a part of what they were doing.  From there I was introduced to head honcho Lyle aka Archive and we hit it off really well. Despite having my own label and also playing for 3D Vision I’ve maintained the MMD connection as its something that’s important to us, this trip to Cape Town was actually to play at the annual MMD outdoor but unfortunately that wasn’t to be. Lyle and me are currently compiling a release together so its a partnership that’s continuing to grow and evolve.

Psymedia : This won’t be your first time in South Africa. From your previous experience, what do you think of our scene?

Glacial : For me its an amazing scene and an equally amazing country, in many ways its the spiritual home of the style of music my label releases.  My last trip included sets at some great but quite diverse parties including the Easter Vortex, The Village and Jungala Festival, all of which were fantastic in their own respects. MMD fell through this time but it’ll be great to catch up with a lot of friends made on my previous trips, and to knock out a versus set with Strain at Astral Africa.

Glacial : Thanks for your time! If you want to find out more about what we’re doing check out samples of all our releases on Soundcloud, or have a look at our website. Hope to see some of you this weekend!