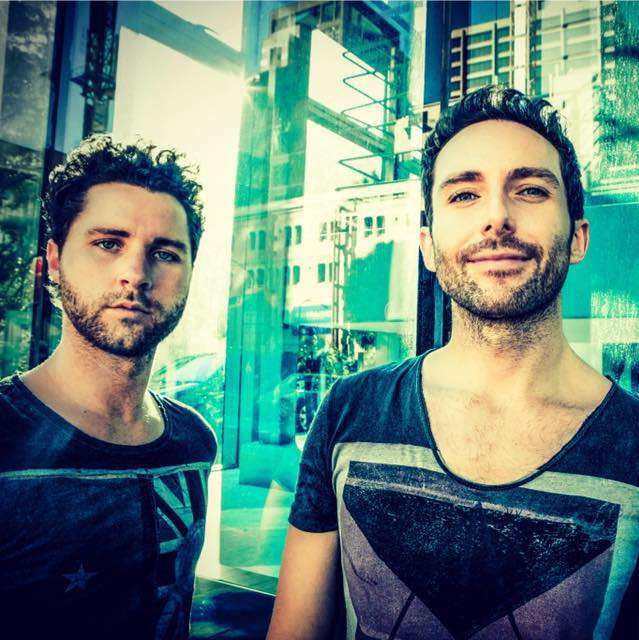 Future Frequency is the Progressive Trance project of Avalon and Sonic Species. The duo made their debut at Ozora Festival, but for two successful solo artists like Leon & Joe, it was a breeze.

Future Frequency is the Progressive Trance project of Avalon and Sonic Species. The duo made their debut at Ozora Festival, but for two successful solo artists like Leon & Joe, it was a breeze. We begin the interview a decade ago, when the two met each other at an illegal rave.

Hi Leon and Joe! How did the two of you meet?

Leon : We met on the dance floor back in mid 2005 in the UK, at an illegal rave in the forest. The rest is history!

Joe : We actually met many years ago in a classic UK party City called Brighton, where we both lived, worked and well, partied.  We got together to do a track for the debut Avalon album and that hit Beatport at number 1 so we decided to also do another versus track for the Sonic Species album.

After these 2 tracks it was clear to us that our sounds merged well together and whilst at the UK’s Glade Festival a couple of years ago we decided to make a kicking slower BPM project together. In the midst of an epic party session in the most ultimate UK electronic music festival, Future Frequency was born!

Do you think being from the UK and having different influences has allowed you to create a unique sound with FF?

Leon : I like to call it Psychedelic Progressive. I think what gives us the edge is coming from our full on trance background. It gives the project that extra edge and different/vibe and sound to other projects. UK underground progressive with a twist!

Joe : UK is the archetypal party place…we’ve been having raves since the stone age, so it’s kind of part of our heritage and culture.  Underground outdoor parties in the UK have been a massive source of inspiration for us both for Future Frequency and originally for our solo projects.

The other main source of inspiration for our new sound is touring together and experiencing quality dance floors across the planet and being inside those magic party moments when time seems to stop still.  We are creating a hybrid sound that is progressive BPM but with slamming beats and epic riffs.  If anything I think our music will get even more kicking as we experiment with lower BPMs.

Do you feel like day time full sounds are hot right now?

Leon : The great thing about my Avalon project is it has a range of 138-146. So I can take the journey anywhere the dance floor wants. I really can see full on is making a huge comeback worldwide, the global dance floors have been responding to it massively.

Joe : From my experience over the last couple of years touring, some of the most ultimate dance floor moments have taken place with heavy hitting positive full on trance. Nano Records and others are pushing this sound as always and from what I can see globally, we seem to be moving into a golden age of full power trance once again.

Leon : Playing the last day sunset slot at Boom Festival 2014. It’s the Mothership of all festivals. I worked my whole career to earn the honour to play that set. Doesn’t get any bigger gig then that in this scene, one of the most amazing experiences in my life. Words can not describe how it made me feel.

Joe : Playing Boom Festival 2014 on the final afternoon in a row with all my friends, Avalon, Tristan, Zen Mechanics, Burn in Noise, Zentura, KIN and Shane Gobi was the best moment of my career and actually my life.  I believe that I had been building to that moment for over a decade and it just felt so natural and so right to play that slot, that year with that crowd.  I couldn’t have imagined a better party moment to play.  There was some serious love in the air that day. Epic!

Leon : See you on the dance floor Cape Towners! Always one of my favourite crews to party with!

Joe : You have a thriving Trance scene and electronic music in general seems to be blossoming over in South Africa.  It’s amazing to see and I just wanna say keep up those party vibes, keep dancing and keep smiling!