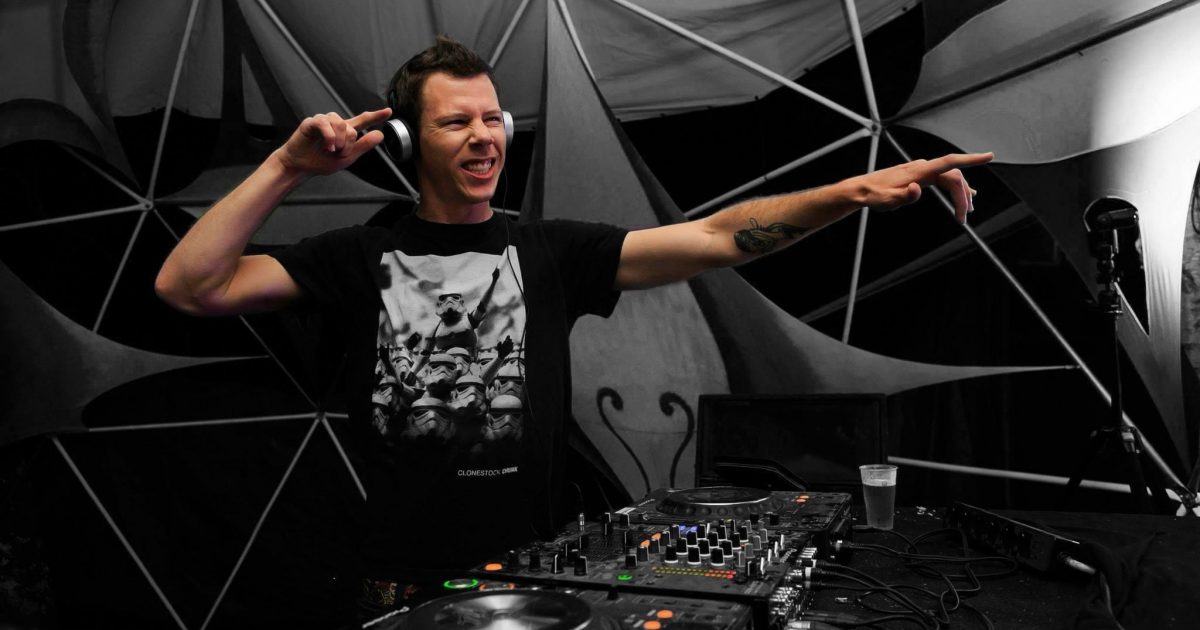 Frozen Ghost is Barry Wynn. The always humerous, slightly infamous Valley born and bred artist has definitely become a dance floor favourite with his clever vocal samples, dark atmospheres, a drop of funky goodness, and a hint of groove to keep you moving through the night

Frozen Ghost is Barry Wynn. The always humerous, slightly infamous Valley born and bred artist has definitely become a dance floor favourite with his clever vocal samples, dark atmospheres, a drop of funky goodness, and a hint of groove to keep you moving through the night.

Howzit Barry! So you’re from The Valley (more commonly known as Fish Hoek) and been involved with the psy scene for quite some time now. Take me to the start?

Heya! Yep, truth is I am from The Valley, served my first 18 years there. It’s a sleepy town which has played a rather large roll in South African night-time Psytrance in general. A few of the locals who have made an impact being Hiyarant (Hiyamyzo), Zion Linguist, Rubix Qube (Biorhythm), Ironstein and Mr Jack (Terror Mental), Excell and our favourite DJ Archive.

My first psy experience was indeed at Alien Safari in 2001, besides the obvious first love (music) I instantly felt strangely comfortable and have been ever since. The name Frozen Ghost is an alias from PC gaming days when we were younger. I didn’t see it being any more than a couple of head-shots and a few curses from the enemies at bay.

That’s how you met Stu (Hiyarant), who you produce with under the name Dirty Motion?

Stu and I went to the same high school, he was in the ‘metal head group’ along with DJ Archive and I was a just another surfer punk as much as they knew. We didn’t really notice each other until finding connection in Psytrance music a few years later.

Coming from playing bass guitar in a “circus-style” hard rock band (if I’m allowed to call it that) I heard a few of his electronic beats and asked to do a remix of one of them, the remix was so different to the original we decided to give it a new name ‘lockdown’ and formed the full-time duo project shortly after.

And you two form part of the Disasterpeace Records team.

Disasterpeace Records was founded in 2008 by Hiyarant, DJ Swine, electro/breakbeat DJ 661 and myself. The initial aim was to focus on releasing the South Valley artists music and to showcase them at our events. We didn’t intend on being a ‘night-time’ label, it just turned out that way.

Your fifth album is underway but things will be a little different this time round – a remix album.

The next album titled ‘Drunk with my friends’ is basically a tribute to some of the Psytrance artists who have had a big influence in my sound over the past decade. After meeting and partying with some of the guys locally and abroad its clear that we’re all only doing what we love and loving what we do. The selected tracks are personal favourites I have been playing in my DJ sets and am priviledged enough to now remix.

Take me through your typical approach to remixing a track.

Firstly we select the entire original project and shift it outside the 7 minute region (of the sequencer). Next is to have some sort of idea in which direction  the track should go, then select pieces off of the original, bring it into the new project area and add in what feels right at the time. New lead melody perhaps and FX samples if needed as well as new bass patterns and sometimes lifting the whole track a few keys works too!

Jumping back to the album. It will be released on Afrogalactic Records, who put out your debut album.

Afrogalactic Records (Colin) literally and forcefully gave birth to the Frozen Ghost Psytrance project back in 2003. After meeting up with ‘some guy’ from ‘some trance-production’ at ‘some recording studio’ via some friends, I had left a CD of some stuff I was working on in Reason at the time with Colin. Three weeks later I was offered a deal with Afrogalactic Records for my first album together with a debut gig booking at Alien Safari New Years Prism event six months later. Gulp.

My psychedelic birth certificate says Afrogalactic Records and a decade is quite the celebration for some. Although they have been focussing on Alien Safari productions lately, the record label side is still fully operational and with a number of local releases planned for 2013.

And you mentioned your debut gig was at Prism. How did that go? Were your skills up to scratch?

It was New Years Prism 2004 (now called Rezonance NYE Festival) if I’m correct, with about 3000 crazies on the dance floor including all my school mates, most of who didn’t even know I made tunes or was about to play for an hour on stage. How did I not see them shouting my name! I had played around on decks a few times before Prism at private house parties, DJ’ing minimal Psy at the time. The mixing wasn’t quite up to scratch and so I kept it real simple for the New Years gig.

You have done some research, I see! Yes we definitely had some fun in the studio back in the day and yes I can say that we will be writing more in the near future, with a more refined sound too. Our sworn secret!

You’ve got a new project, too. German Virgins.

Dave Rabz aka Selective Hearing’s beats have come a hellevalong way in the past two years. Originally from Durban and kinda new to the scene, he has exactly what one needs to be successful in this industry, the right ideas and the right attitude. Again the influence which he brings to the German Virgins act is exactly what I’m looking for in a side project.

And would you say working with a newcomer brings a certain dynamic?

I definitely agree, if this new talent has fresh ideas and are focused on achieving something in the long run then for sure they will get a little boost in their own solo project career, as well as the deserved recognition by collaborating with someone more established in the scene. It also helps to keep the international market interested in both artists and all their projects.

How do you go about selecting samples for your tracks?

Simple – if it’s soft ‘n squishy, toss it. If it’s rude and winding, use it, tweak it, make it scream a little more… again and again. As for vocals, I prefer to use samples with a comical feel.

Mega thanks to you and everyone else who has supported. Obrigado, Toda, Spasibo and a huuuge Arigato!