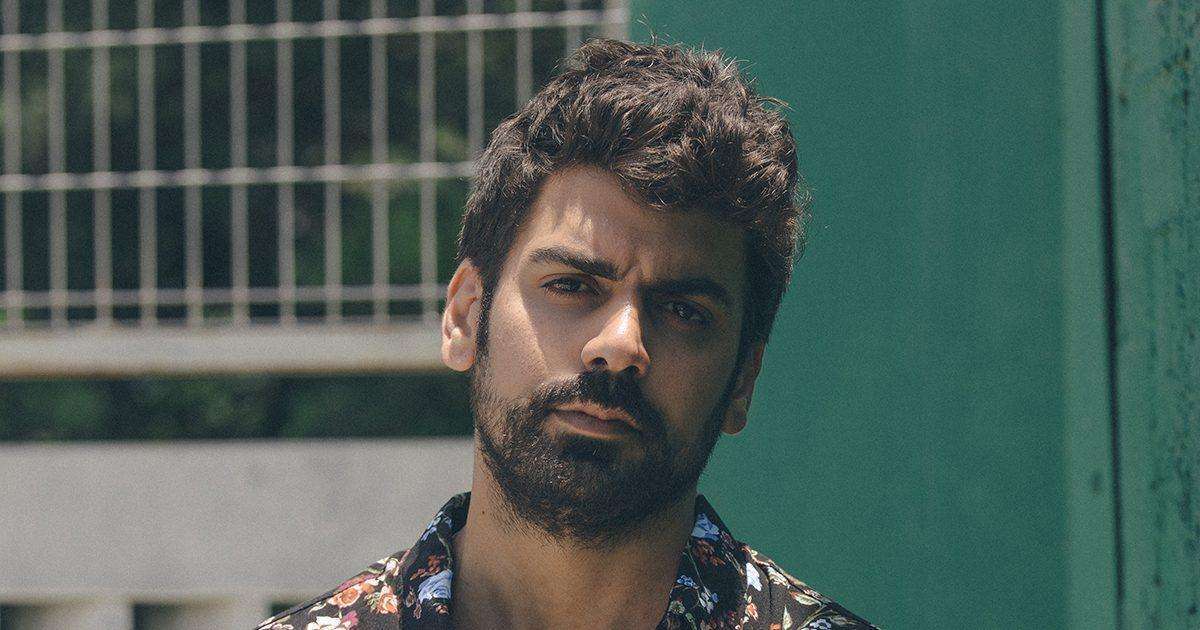 Freedom Fighters in the solo psychedelic project of Shahaf Efrat, an Israeli producer with over a decade of experience. Signed to popular label HOMmega, he has released 2 albums and collaborated with the likes of Astrix, Loud, Ace Ventura and more.

Hi Shahaf. To start off, how did your music career start?

When I was fourteen years old I came across the psychedelic trance scene. A friend of mine brought a CD full of psychedelic tunes, and I started collecting music since then. I decided to call my alias Freedom Fighters after I heard a really good compilation by Paul Taylor entitled Freedom Fighters. That was back in 2004.

The compilation was a true masterpiece, in my opinion, so I decided to name myself after it. I originally started the project with a Portuguese friend of mine. We worked together from 2006 until about 2008. After that I continued the Freedom Fighters project on my own.

You also released as Buttersonic early on.

Buttersonic was a project I started back in my full-on days. My heart and ears always enjoyed progressive more than full-on, so in 2007 I started the alias named Buttersonic. I buried the project in 2010 when I decided to follow my heart and turn Freedom Fighters into what it is today.
You moved from a full-on sound, to the inclusion of progressive & techno. Was there anything that caused the shift?

Well, to be honest, as I mentioned before, progressive was a genre that I’ve always shown more interested in than full-on psychedelic. My solo project [Freedom Fighters] focuses on progressive psytrance, way before it became ‘cool’ to do it.

In 2010, I felt the need to put all my strength into one project, so I ended Buttersonic and chose to do what I really love [Freedom Fighters]. Today, my music is a mashup of everything I like.

You served in the Israeli Defence Force (IDF) for 3 years.

Going to the army was something I obviously didn’t want to do when I was 18 years old. I’ve been touring and playing my music since I was 17, and I was sure the army would bury my career.

Surprisingly, the service did nothing but good for my career. Since I couldn’t tour more than 3-4 times a year, I was able to choose the best places to perform in.

Music wise, it pretty much did the same – I only produced the kind of music I wanted to produce.

Do you feel at home with HOMmega?

I basically grew up on HOMmega’s music, so I always knew that this is one goal I have to achieve. One day (after I produced Riot) I called Eyal (the head of HOMmega Records) and asked him to meet me. The rest is history…

You’ve released a few tracks on Zenon Records. Can you tell me about your style displayed in these tracks and how it deviates from your usual sound?

It actually doesn’t deviate from my usual sound. I’m a huge follower of Zenon for the past 6 years (thanks to Ace Ventura), and Tim and I have been close for the last couple of years.

It all started when Tim fell in love with the last tune on my debut album “Recycled”, and after that we’ve decided to collaborate for my second album “Edge” and thats how “Straya” was born.

After that I compiled “Assimilated” for Zenon. Check it out, theres all sorts of amazing tracks from a bunch of very talented individuals there.

What’s your creative process like? Any favourite tools in the studio?

My usual go-to are my analog synthesizers. The idea usually comes before I even sit in the studio. I start by just scrambling an arpeggiator on my Roland Juno-6 to get the vibe going. Its also my favourite tool alongside my Moog The Rogue, Oberheim SEM, Roland TB-303, Roland SH-101, Korg MS-20 and the list goes on.

I’m a bit on an old school analog freak.

Do you enjoy collaborations?

I always say that two minds are better than one in the studio if each individual is bringing his best skills to the table. I have been collaborating for so long so I guess I am very comfortable around other artists.

Being a young producer is always an advantage since I feel more open to new genres and ideas. While long time producers have way more experience in the studio, I tend to see a lot of closed minds among them.

Earlier this year you performed at Tomorrowland. What are your thoughts on psychedelic music making its way to mainstream, multi-genre festivals?

Psytrance has been a part of the mainstream for a while now. I’ve been playing ‘mainstream’ events for the last 3 or 4 years, so I’m not really surprised it made its way to an amazing festival like Tomorrowland.

The only real change is that Psytrance finally made it to this (and other) festival’s Main stage, thanks to artists like Vini Vici and Infected Mushroom. I’m all for it by the way, it brings more people into our lovely scene.

It feels like home. The crowd is always so positive, young & beautiful. Last time I played a 4 hour set and I enjoyed every minute of it. I don’t think I’ve ever played this long in any other country…

Is it important for artists to be active on social media?

I think social media is crucial now a days. Its the only way to engage with your followers, and the best way to reach maximum exposure.

What’s the most difficult part about a constant touring schedule?

The lack of proper sleep in your own bed. Not seeing your friends and family as much as you want, and most importantly – less studio time!

Just want to say thank you for having me. It is a big respect.

Support Psymedia by sharing this article or following us on social:
Tags #Zenonesque
Previous