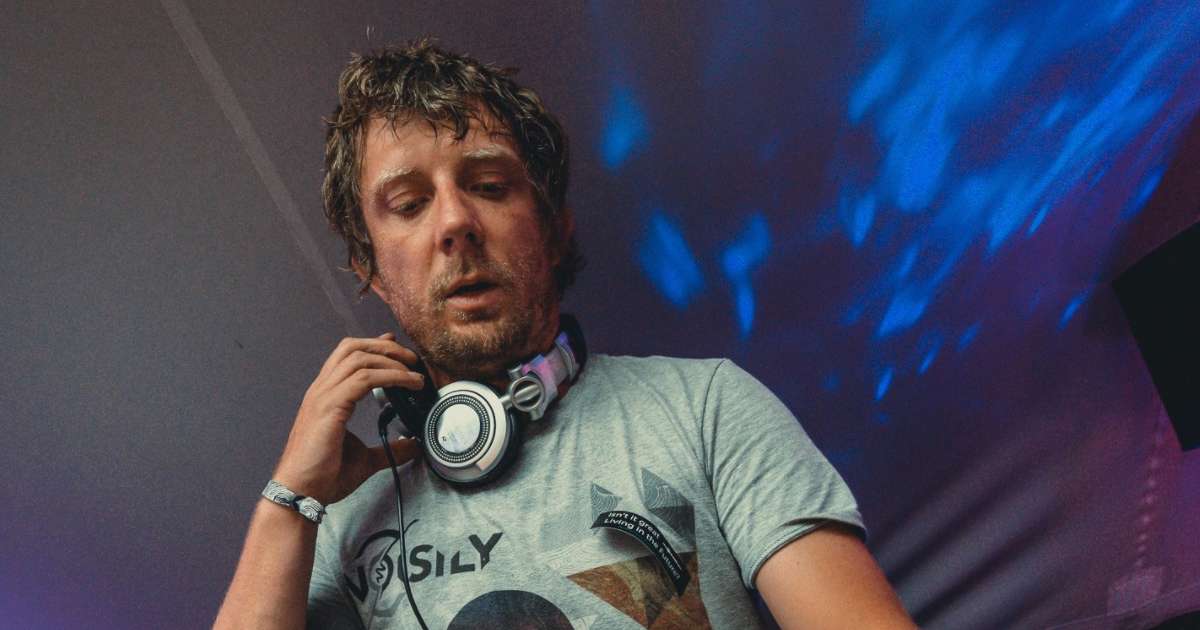 Share
DJ Ipcress sat down with us to discuss his current South African tour, involvement with Noisily Festival, tips to be a successful DJ and new release on IbogaTech.

DJ Ipcress is the solo project of UK artist Chris Williams. For more than a decade, he has been at the forefront of the UK electronic music scene and played many prestigious events around the globe.

Besides his involvement behind the decks, Chris is also currently the Marketing Manager of Noisily Festival, one of the best psychedelic festivals in the world.

DJ Ipcress also recently performed at the first Origin Festival since 2020 and is gearing up for a performance at Sungazer Festival in Paarl this weekend.

How has the pandemic impacted your personal and professional life?

Well for me personally it’s been all about hanging on in there until we can all get back to doing what we enjoy again.  From a personal perspective, it was about moving away from the events side of my work in 2020 and working more with artists and labels.  It was also about making sure the businesses like Noisily Festival (for who I’m the marketing manager) could live to fight another day when the pandemic was clear.

It was a challenging situation for everyone involved at Noisily as the event was already on slightly challenging financial ground before the pandemic (carrying an on-going debt from its early years) – But we did some fundraising and in total raised over £150K from our loyal fanbase so we could carry on.

On another note, I worked on the marketing for a drive-in cinema with my friends Dave & Nick from Video Illusions.  They suddenly found they had all their LED screens sitting around in a warehouse with nothing to use them for – so we developed a drive-in cinema over the course of 2020/21 and it was a great success – diversification was key over the last 2 years!

Noisily must have also taken a hit too, just like most festivals. How has the pandemic changed things behind the scenes, and has it made your marketing role more difficult?

Well all I can say from a marketing perspective is that it’s been a unique 2 years!  I’m so bored of seeing our 2019 photos now – I personally (and I know the team feel the same) just can’t wait to create some new memories.

I’m excited by the future and the possibilities with regards to Noisily – I really enjoy working with the festival directors Bill Hazlerigg & Lachie Gordon and on the marketing front Nick Tearle & Joey Pettit @ E1 Media.

Behind the scenes we had to strip back the organisation – it was all hands on deck from the core team.  But.. I think we’ve made it.  We are a few hundred tickets from sell-out for our 2022 edition – so I’m happy we are going to have a seismic 2022 edition of Noisily – I really can’t wait to see everyone back in Coney Woods after this unprecedented 2-year break.  The future is bright!

How would you describe the psychedelic scene in the UK at the moment?

Well…after a few years in the doldrums from 2015-19 I can certainly see a renaissance happening.  Events are popping up all over the place – and London is really delivering with a full spectrum of parties in both the underground and more commercial side of the psychedelic movement.

I promote the Ozora London event – and it was amazing to see such a young dancefloor at our 2019 and 2021 events – it was a noticeable difference from a few years before where the scene and people seemed a bit tired.  But 100% there is a current of younger ravers grabbing the sound and making it their own.

The production levels are also going up a notch at the events – the latest LED screen technology and advanced lasers are really adding to the events and bringing the future production to a new generation of psychedelic dancefloor warriors!

You’ve just come off a fresh appearance at Origin Festival. This wasn’t your first time performing at the event. How would you summarize this year’s edition and how did your set go?

When I hit that dancefloor on Friday night to play to one of my favourite crowds (the South Africans), it felt like being re-born!

We’ve done a few smaller events in Europe and at home in the UK – but I’d certainly not played to a proper dancefloor like this one for nearly 18 months.  It was my fourth visit to Origin – I have to say I think it’s the #1 festival location in the world – every time I come back I’m blown away.

When I did one of the opening sets on the main stage on Friday you could just tell that there was so much energy to burn – the whole dancefloor was with me – it was great.  Big up’s to the South African massive for their vibes and the fun they bring to proceedings!

You’re also scheduled to perform this weekend at Nelson Wine Estate in Paarl for Sungazer Festival. What can the dance floor expect from your set?

Well, I’m excited to get to a new festival I’ve not played at in South Africa before.  I’ve heard great things about the venue, Nelson Wine Estate.

I’ve been collecting some great new psychedelic-tinged techno over the last couple of years – so for me, it’s gonna be about getting those beats in the right order (as they are all killer tunes).  I think the crowd will enjoy the different flavours I’ve got to bring to the table during my set.

After a 2 year hiatus, it looks like Nanoplex is set to perform at Ozora Festival later this year – that’s exciting as I know you’ve praised your Ozora sets before. Are you guys writing new music too?

To be honest, we have not been in the studio at all for 2 years.  We needed a bit of a break from the project in order to recombobulate and decide what we really want from it (after 3 albums).

We are excited to get back out there again though and yes we will be finding our way to the studio before 2022 is out.  We have a few different gigs potentially lined up for later in the year (as well as Ozora) – so I’m personally just excited to hear what is nearly a decade’s worth of music being played out on a big sound system again while standing next to my buddy Ben (Coda).  There are definitely some nice ideas for future productions cooking up between the 2 of us.

We didn’t touch on this in our first chat – but what inspired the name DJ Ipcress?

Well, I was always a fan of 60’s film and also loved Michael Caine’s ‘Harry Palmer’ trilogy of films.  The first one is called ‘The Ipcress File’ – which is about a psychedelic brain drain machine that Caine gets subjected to.

I used the name on the UK psychedelic trance forum ‘Psy Forum UK’ and it stuck – people started putting it on flyers as I started playing at events all over the UK and then Europe and the world – I like it, it’s got a heritage in one of my passions (film).

What skills do you think DJs need to be successful?

A love of music – not necessarily a love of mixing.  The mixing can come second and almost develop while you are starting out behind the decks. The most important thing is knowing your music and feeling it in your soul.

Alongside this – you should try and enjoy the networking aspect of the profession – as promoters like nice people who bring something extra to the party and are there for the right reasons.

I see this as the beginning of a brand new roaring 20’s – a time where we can all get back out there and start celebrating human connection and exploring our wonderful planet again and meeting people again.  It’s time to start living once more.

Any new releases you want to mention?

Yes, I have a new compilation that is nearly finished (and has been for a year!) and keeps getting on the back burner as I’m too busy to finish it.  But it’s almost there – so I’ll get it done by the end of the month and get it out via IbogaTech.