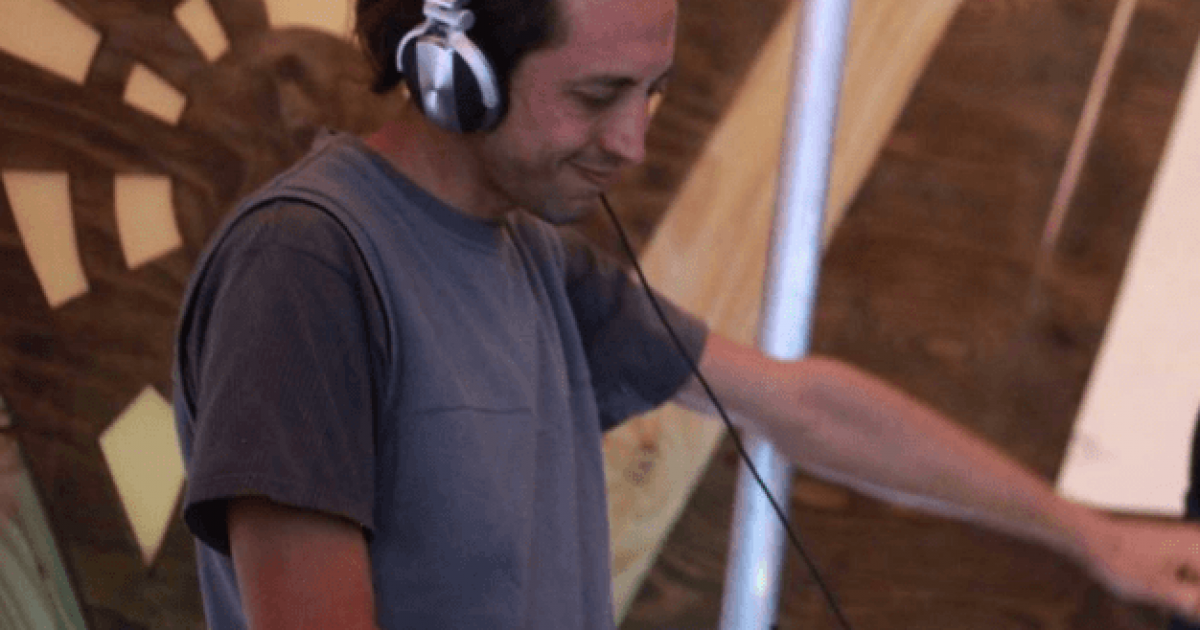 DJ Fog is the alias of Roberto Landolfi, head of the illustrious Italian Psytrance organisation and label Looney Moon. More than a decade ago, Roberto, alongside a number of friends began the concept of Looney Moon, throwing parties in Italy when no one else was willing to do so.

DJ Fog is the alias of Roberto Landolfi, head of the illustrious Italian Psytrance organisation and label Looney Moon. More than a decade ago, Roberto, alongside a number of friends began the concept of Looney Moon, throwing parties in Italy when no one else was willing to do so. Their unique concept and ideas lead to the formation of Looney Moon Records, in order to further spread their passion worldwide and showcase what they like to call the Looney Moon sound.

Psymedia : Hey Roberto! To kick things off, tell me a bit about your introduction to Psytrance many years ago? What drew you to Psytrance specifically?

DJ Fog : In 1994, everything started with two mixtapes a New Zealand DJ left at me when he visited my hometown, Torino (in Italy). I listened to those two tapes regularly until 2000, when I attended my first Boom Festival in Portugal.  A year prior, I started DJing Drum & Bass and Downtempo on Vinyl, but after Boom I felt an inspiration to play Psytrance as well. I was drawn to Psytrance due to the nature of the amazing worldwide movement. It’s creative and unconventional approach towards reality felt a lot more suitable to my way of being.

Psymedia : A few years later you started throwing parties under the Looney Moon banner. Who was involved at the start, and what was the group’s vision?

DJ Fog : In 2004 after I finished my studies I decided to try and bring the vibe of international festivals to Italy. The name Looney Moon was my idea, but from the beginning I handled everything with Nukleall (Blacklite Records) and Corn79 (a famous Italian graffiti artist). It was not even a year later, after our experiment, we realized it was so successful that a large amount of people became involved in collaborations, throwing massive parties in the north of Italy. DJ Phobos (now the manager of Looney Moon Records alongside myself) and Dust (one of the main acts from the label) also played a large role. At Looney Moon, we believe parties must be a container of contemporary creativity and culture. From the very beginning all our parties have had concept decorations, lectures, workshops, art exhibitions and visuals, chill out areas with relaxing music, performances of many kinds and anything that can contribute to make the event richer and agreeable to the public.

Psymedia : What was the scene like in Italy then and how has it changed over the years?

DJ Fog : The level of the scene has risen tremendously in the quality of music over the last ten years. For sure, our work from 2004 onwards has helped  a lot in the process, as we have organised over 200 parties in the north of the country. In Italy at the moment you can find a healthy amount of underground parties every week, with international guests and no shortage of uprising talents from the peninsula with a surprisingly good sound. Although the level of production is not very high, technically speaking, occasionally you can attend parties with big, professional setups, as it is common to do in many countries within Europe. Last year we had two great festivals in Italy. Sonica Dance Festival (Looney Moon is part of the team) and Blackmoon Festival. They have both been very successful. At the moment , in my opinion, some of the best established organisers are Free Spirit Foundation (Rome), Human Evolution (Florence) and Believe (Marche). Some younger crews are popping up with good quality events, and I can say at the moment there is a good relationship and peace between all the organisers. From our point of view, we work with everybody we feel good working with, and have many good relationships throughout the years.

Psymedia : Around 2008 Looney Moon Records released its first compilation. What caused you to launch the label? Did you feel there was a void in the industry? Has it been difficult running a label considering how low Psytrance sales are in general?

DJ Fog : Looney Moon was launched as a natural evolution of the party organisation – to promote the uprising Italian talent that perform at our events. The first compilation came out in 2008, and yeah, we decided to concentrate on this style because we realised there were always fewer producers doing it, and we liked it. It is one of the most effective sounds on the dance floor. So when we started the label, it was obvious to go with what is now referred to as the Looney Moon style, because there was a real void in the market. Sales through distributors have been quite low from the moment we started. However, we have been selling at events in Italy, and all around the globe where we have a direct contact with the people. Lately digital sales are covering the costs of the release, but at the same time not generating a lot of money for the artists.

DJ Fog : With Looney Moon Experiment we have no stylistic boundaries. We want to release music without straight kick but still keep the psychedelic touch in the arrangements, and choice of sounds in the tracks. The project was born from the inspiration we received whilst travelling California with my friend Matteo. He is now the main manager of the label. In California we heard a lot of different styles that suited our tastes. We met some talented artists who wanted to put out their music and decided to help them and start-up this new sound adventure.

Psymedia : What can the dance floor expect from your set?

DJ Fog : My research lately is orientated towards fresh sounds with richly layered liquid grooves over the deep lines of bass. You can definitely expect a lot of the new stuff from Looney Moon, Peak Records, and from more friends and labels from around the globe. Recently we’ve been working on a new record label with several friends and organisers from around the globe, so get ready to hear a bunch of tunes that have never been played.

DJ Fog : I am really looking forward to this event, and very happy to be involved and have another chance to rock in front of the lovely South African public. See you there for some real fun!