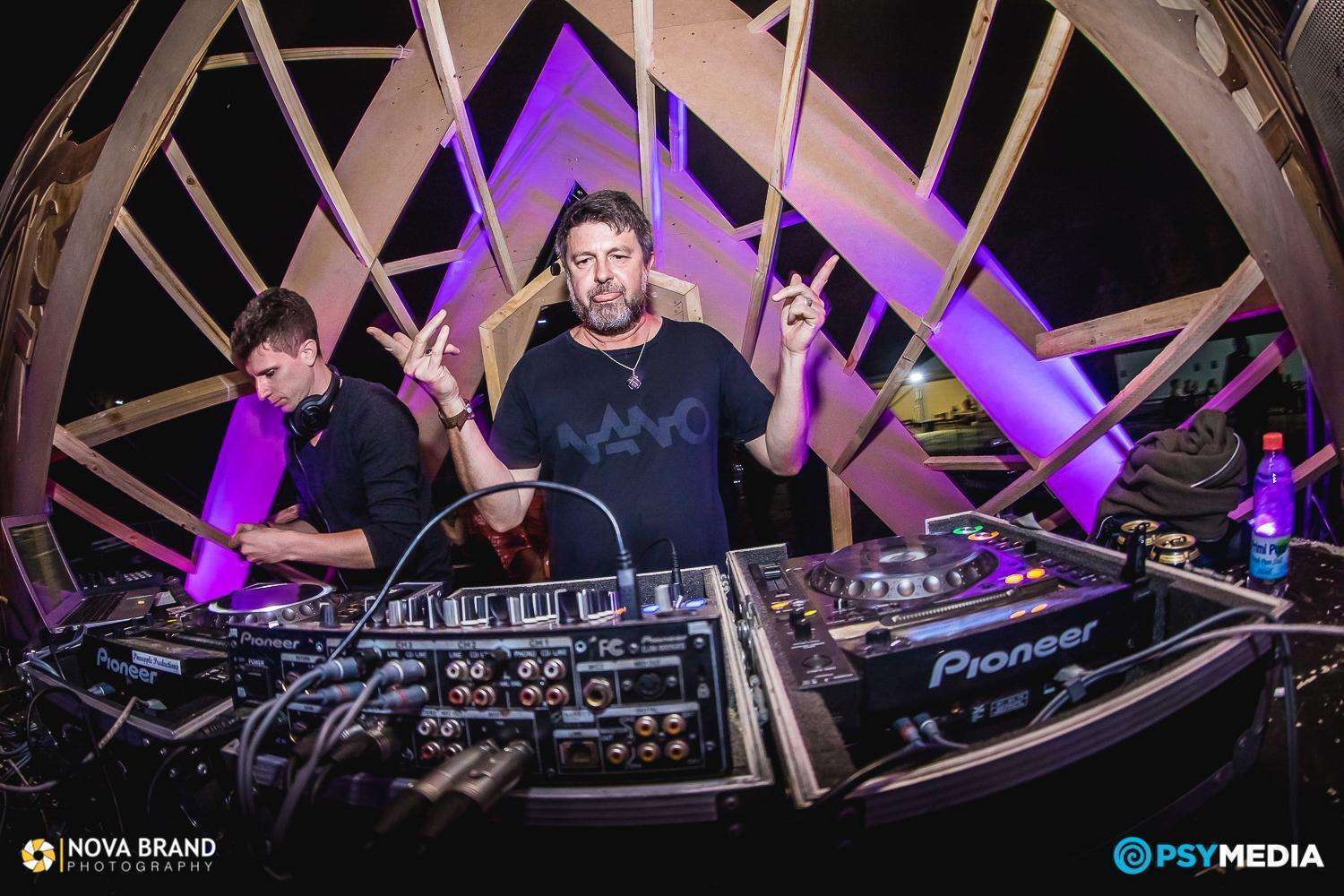 Dave Mac has been at the forefront and behind-the-scenes of not only the psy scene, but South Africa’s music industry as a whole for over 20 years. A few months ago, Dave performed at Boom Festival in Portugal, arguably one of the biggest psytrance dance floors in the world.

Hey Dave. You’ve been an active DJ since around 1996. Can you give me a brief outline of your earlier years?

Well, it was my 50 year old ‘hippy aunt’, my mom’s twin sister actually, who got me into psy. I was curious as to why she would be going to ‘raves’ at her age. She used to hang out at LOGOS in Muizenberg as well as the early Alien Safari parties (‘94/95).

Funny thing is I wasn’t into dance music at all until I discovered Goa Trance which to me was like the rock ‘n roll of dance music. Another funny story is that I actually bought my first Goa album before going to a party as well… and the person I bought it from was [Clint] Lox (who was a drum ‘n bass DJ at the time).

After my first party I was hooked. As for DJing, that’s a funny story too. My [same hippy] aunt had a farewell party at the Afrogalactic Cafe (Alien Safari’s club/bar in Cape Town CBD) and she asked me to play as I had quite a collection of psy music by then. I did play and Colin from Alien Safari liked what I did and offered me a residency throughout the winter at the club which was a great way to master my DJ skills. I played my first outdoor the following summer, starting the party. As the cliché goes, the rest is history.

You formed DMMT alongside Martin Treurnich (DJ Hoover), releasing one album on the short lived Freefall Records. Have you considered playing a set together again?

We almost did a DMMT reunion gig a few years ago but the party itself was a total washout so it never happened. I kinda saw that as an omen to move on. If we did decide to do one, we’d have to rework the tunes to match the production levels of today’s standards first. I am looking at remixing 1 or 2 of the tracks that I wrote, such as Africa Bombastic or Real Men Don’t Dance. But I can’t see us doing a DMMT set again

Would you say there’s been a defining season or time which you saw the biggest change within the psytrance scene?

2002! That was the year that psy parties went from underground to overground and its popularity went through the roof. Don’t ask me why, but that year will always stick in my mind as the turning point. [It’s also the year I co-organised the Total Solar Eclipse Party outside the Kruger National Park with Vortex, Alien Safari and Etnicanet, which may or may not be coincidental].

Despite its massive popularity today it’s worth noting that psy events are still underground when compared to the mainstream. You don’t find massive billboards and brand activations at trance parties do you? 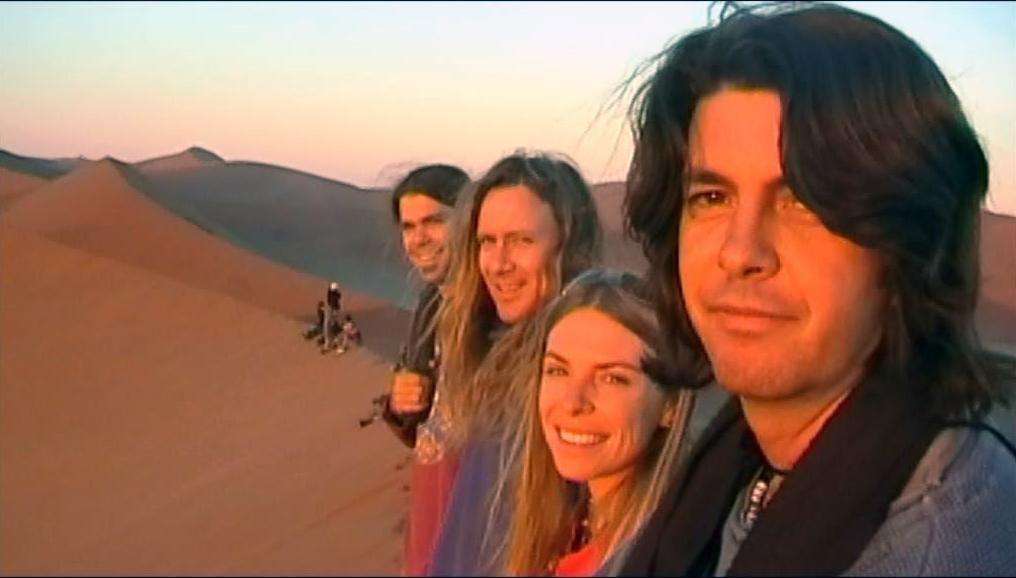 You were tasked with the 7:30AM morning slot at Boom Festival. Can this be a tricky time to play?

When I told Tristan my timeslot his kneejerk reaction was ‘ooh, that’s the toughest slot of the party!’ True story.

It is a tricky slot as one needs to cater for the night time trippers and the morning day-breakers who are slowly trickling in. So, I tried to keep the music a bit crunchier to start with, and then slowly introduce some day time melody as the set progressed.

I actually woke up very focused, despite only getting about 3 hours sleep and I think all my 20 years of experience kind of kicked in, so I was pretty determined not to drop the ball.

The experience was really cool. It was not an easy set to play but it seemed to go well; still managed to get some early morning wolf whistles out of the crowd, which is usually a good sign.

How did Boom Festival inspire you as an artist, especially one who has been performing for 2 decades?

The sum of all the parts of Boom Festival is amazing.

It is just massive and their attention to detail pretty phenomenal. It’s probably the least amount of time I’ve ever spent on a dancefloor at a festival (I’m usually glued to the back of the floor.) This was simply because it was so easy to get side-tracked elsewhere and before one knew it, it was late afternoon and hours had passed, hanging out somewhere.

Musically, I’d be lying if I said I heard anything totally new; however, I was very inspired by how the European crowd wanted psychedelic music and not the gimmicky stuff.

I know it’s become a trend to knock ‘prog,’ especially here in Cape Town, but I think this is borne more out of the proliferation of gimmicky prog being played by DJs, with the same tried and tested bells and whistles (triplets, chants, cheesy samples, simplistic melodies etc).

Most of what I heard was consistently psychedelic music with artists intent on taking people on a journey; so that inspired me! 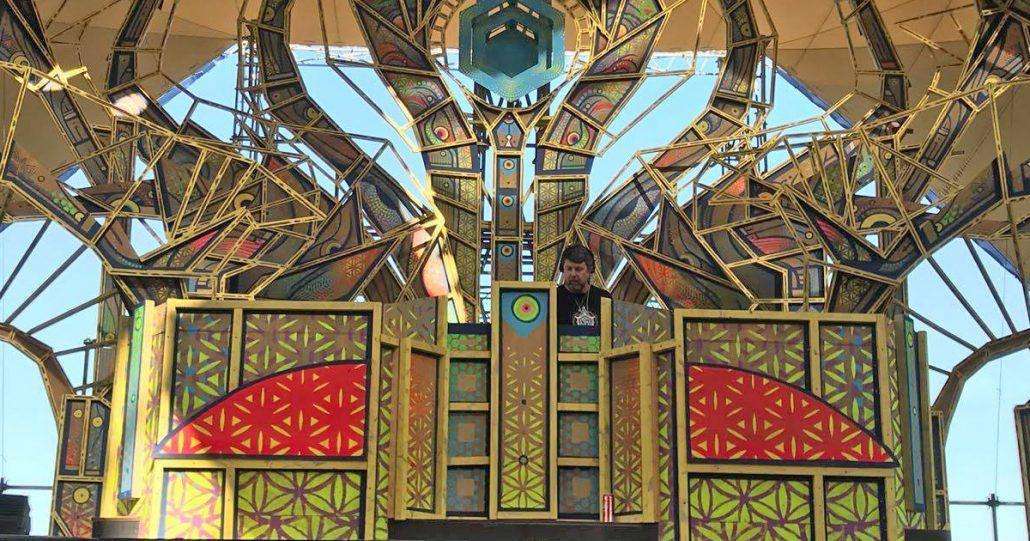 Is music at festivals returning to a more psychedelic sound?

On the main floor it didn’t seem to matter if it was night-time music, daytime music, forest, full-on, progressive or whatever. If the set was good, people responded. The Dance Temple at BOOM offers almost all styles of psytrance except the super bubble gummy ‘Brazilian-style prog trance’ (not sure how else to describe it without mentioning names or labels).

But there’s also a definitive split in Europe, as one can see by the success of Modem festival, where the music focuses on very specific sub-genres.

With regards to festivals, what are we doing right in South Africa, and what can we learn from the global scene?

We needn’t be too hard on ourselves. The market is NOT massive here despite what people think.
Promoters have to try and cater for an ever-changing demographic to keep their numbers up, to not lose money and that’s not always easy.

We’re doing way better than we maybe give ourselves credit for; international artists are not lying when they say ours is one of the best dancefloors to play to.

What we can learn from the global scene – or at least from the European scene is – less alcohol, more psychedelics! You will be amazed what a difference that makes to the mood of a party.

I also think local psytrance producers need to expand their sound and stop trying to cater for JUST the SA market if they are serious about getting booked at the biggest events overseas.

Deliriant and Contrast, in my opinion, are two SA producers who really could/should play overseas more often (I know Shane does already). I played tracks by both and they were very well received. 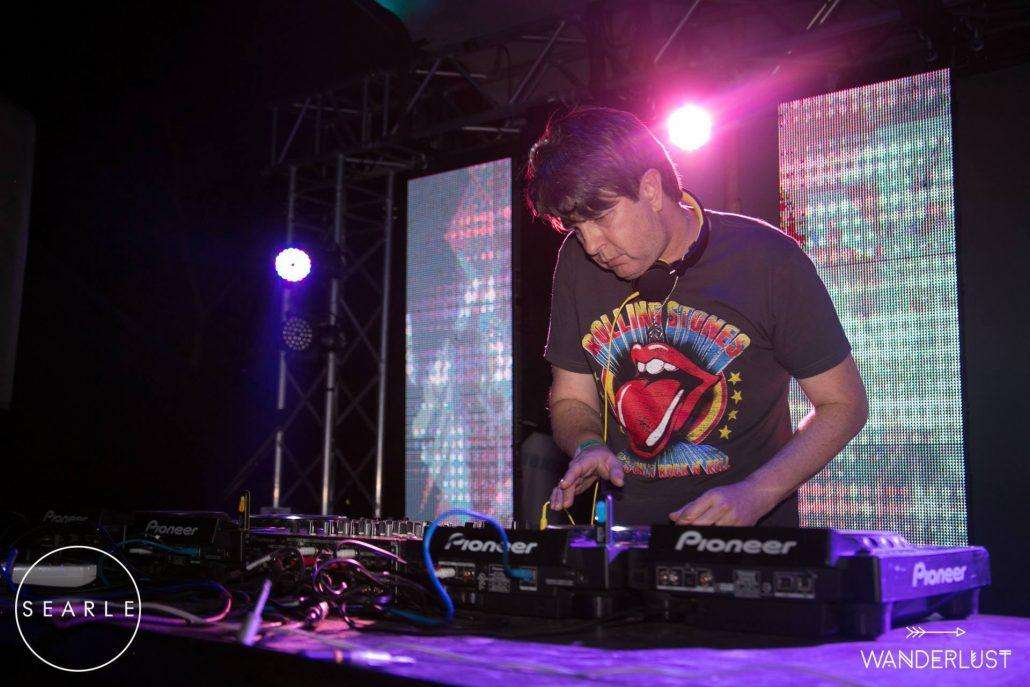 Are you looking for more international bookings?

I admire those who do this as a full time or even semi-fulltime occupation. It’s a tough and uncertain lifestyle for most, with a select 10% taking the cream of all the international bookings.

I had a taste of it in the early to mid-2000’s and made the decision in 2007 not to actively pursue the international circuit, mainly for family reasons – not to say I would have cracked it as a career – but the thought of spending a lot of time in airports and hotel rooms… alone, did not (and does not) appeal to me. People don’t fully appreciate what many of these guys give up by doing this week in and week out.

But, if the occasional awesome opportunity like BOOM comes along, I’d do it again in a heartbeat.

Do you have any other goals in your music career?

Well, I have been threatening (myself mainly) to get my home studio going again and to write some new music and that is exactly what I am going to do; write some ‘kiff trance tracks ek se!!!!’ 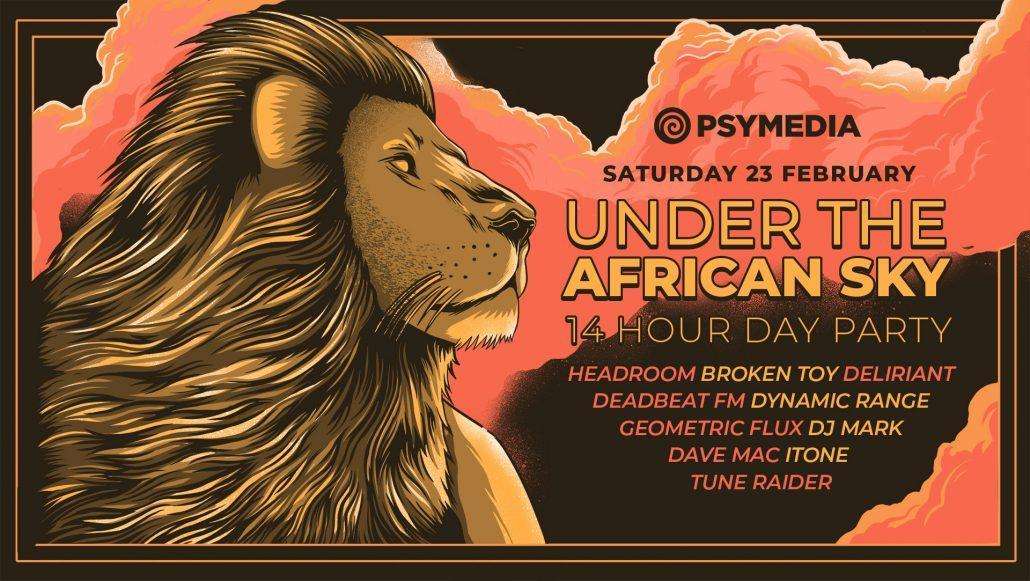 How has the equipment used for your sets evolved?

When I started most DJs were playing off DAT machines and vinyl.

I started on vinyl and CD and played off both formats for a few years until vinyl became difficult to acquire. Then it was just CD for many, many years. Traktor actually got me back into DJing after a 2-year hiatus, around 2009.

But now I am back on CDJs and USB flash drives. Got tired of lugging a laptop to gigs 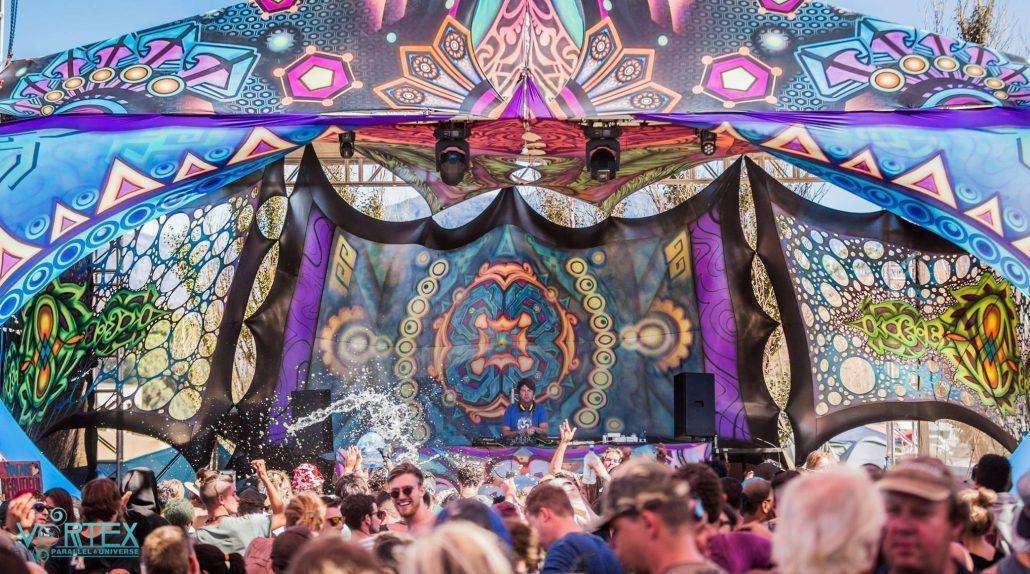 What industry secrets do you have for upcoming artists?

As a newbie DJ I suggest you record all your practice sets and listen to them over and over and be hyper critical of yourself. You can only get better that way.

Also, the top DJs spend many hours finding the right tunes for their sets. If the tune is a 50/50 then don’t use it. Only play what represents your sound and style and think about where the tune fits into your set.

As a producer, copying your favourite artists is not a bad thing, but you do need to create your own signature sound that goes beyond just good production and clever tricks.

Thanks for the interview. Any last words?

The psytrance scene in South Africa is unique and one of the best in the world, which all of us who have been a part of can be proud of. Let’s not fuck it up by fighting with each other.