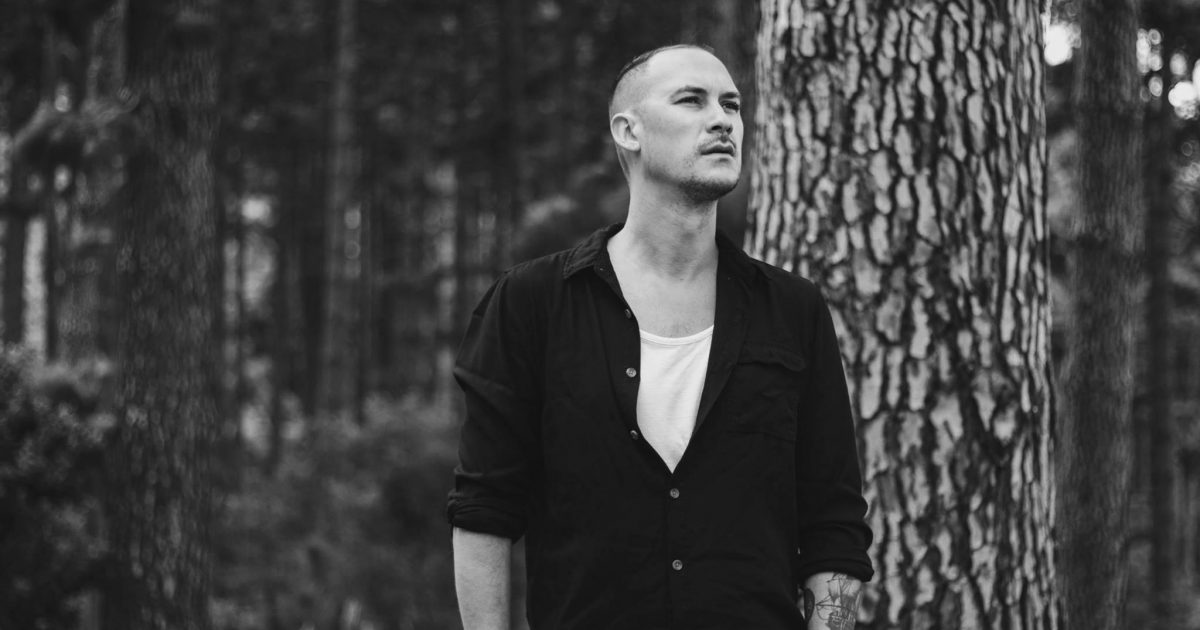 Critical Mass is Daniel Honor. He goes by a number of other aliases though, namely DJ Dani Filth, Iron Lotus and Mindbenders (alongside Eyetek)

Critical Mass is Daniel Honor. He goes by a number of other aliases, namely DJ Dani Filth, Iron Lotus and Mindbenders (alongside Eyetek). Although Daniel’s only recently getting the attention he deserves, he’s actually been involved in our local psy scene for the past 10 years on and off.

Psymedia: Hey Daniel! You seem to be focusing your efforts recently on your alias Critical Mass as opposed to Iron Lotus. In fact you’ve made use of a handful of aliases previously. Tell me a little bit about that.

Critical Mass: Yes, that is correct as I am going to be focusing most of my energy on Critical Mass. I am putting Iron Lotus on hold for now and will be concentrating and pushing all my energy into Critical Mass. I’m really enjoying this new avenue of euphoric twilight trance and it’s where my head space and inspiration lies at the moment. There is a growing interest for Critical Mass which I need to pursue 100 percent. With regards to another alias to satisfy my full on night time trance needs I have a new exciting combined project with the talented Portuguese DJ Eyetek called MindBenders. More information will be available on this project soon! We are working on our debut EP and a full live set which will be released soon! All I can say is its sounding powerful and we can’t wait to unleash it!

Psymedia: I believe you’ll be heading to Europe this week. Where will you be playing and what have your previous overseas ventures been like?

Critical Mass: I have been very blessed that I have been able to travel again to Europe. My first experience when I played in Portugal was so amazing. For this tour I have gigs lined up in Portugal, Germany and England and I am also in negotiations and checking out the psy scene in Finland and Italy. Then a Mexico tour is on the cards as my Terror Lab Industries base is there and they are a full powered psytrance culture so that is something to be finalized as soon as I’m back from Europe. Mid time next year I will hopefully be moving to Europe with my girlfriend, and then when I come back to Cape Town in the future, that will be the tour!

Psymedia: I remember you playing some beats at a mates place many years ago. Since then you’ve made quite a name for yourself. How long after messing about did you start playing parties and when did producing come into play?

Critical Mass: I have been in the scene for 10 years but I have been jumping between metal bands and psytrance which has made my growth a bit erratic until 2 years ago. In 2002 I invested in CD Jays and in 2005 I got my first gig at the original Labyrinth, however straight after that I decided to start a new metal band which put my psy career on hold. In early 2007 I got some more psychedelic passion and did a short Cubase production course at City Varsity which opened my eyes and the psy bug bite which got me back into the DJ scene! Soon after this I hooked up with a very good friend and awesome producer Johan (Conscious Chaos) and started working and learning with him for 2 years. We both had a similar vibe and an understanding of what we wanted in the music. Not too long after this I got the opportunity to learn with another very good friend Barry (Frozen Ghost) who completely opened up my mind with music production and things started getting serious. In early 2010 I went solo to start my full on night project Iron Lotus which picked up quick and got me a lot of exposure in the scene. This allowed me to start my new euphoric twilight project Critical Mass with a big boom, which is now being globally recognized and has opened up more opportunities for me to venture into and grow as an artist.

Psymedia: Where do you draw inspiration to make music from and who would you say are your influences at the moment?

Critical Mass: The artists I listen to is always evolving and I find that everywhere I look I can find inspiration! It can be a piece of art or a scenic walk in a forest or blasting some heavy metal music. At the moment I am listening to and really enjoying Artsense, Magneto, Deliriant and Mad Piper and when I’m feeling little more evil at heart and sinister some Shehoor, Absense, Wired, and Stereopanic always goes down very well! This scene is blooming and I like to thank everyone for all the love and support! So glad to be part of the new generation of trance producers in the evolving, amazing and beautiful Cape Town psytrance scene. The future looks bright!

Psymedia: You’ve done some studying at City Varsity but have been fortunate enough to have the time to mess about and work with some big dudes in the scene. Which would you say has helped your progression in DJing and producing most? For someone who wishes to either start production or DJing, what’s the best way to go about it?

Critical Mass: Yes, with all these aspects I was fortunate enough to learn and get a taste of different techniques and styles. For me personally shadowing and learning with Johan and Barry was a real eye opener and a very big step forward and anyone interested in learning psytrance production should go that route. It’s a more personal way of learning in an intimate environment. With regards to DJing I was self-taught many years ago I cannot even remember but the most important thing is time and dedication. Finding inspiration and imagination combined with one’s personal knowledge and experience of this technical genre of music. I try to make it sound very personal for the listener at home as well as super charged for a 1000 people on the dance floor.

Psymedia: I know you love metal just like Lyle Jenson (Archive). Was your love for trance found through metal as well? How did you get involved?

Critical Mass: Yes, metal is in my life just as much as psytrance is. I need the two to balance me out as a person. I was a metal head before I discovered psytrance in 2000 and become immediately hooked. When I got into psytrance it was very dark underground genre like the metal scene. I find they both can be fueled by the same power and energy. I can get my emotions out through both genre of music! An added bonus is that they both sound huge and smashing on big sound rigs.

Psymedia: I think both are a little intimidating at first but when you look closer at the people in the community you see they are alike, sharing common interests and generally quite nice people…

Critical Mass: Yes I always said psytrance (especially night time full on) was dance music for metal heads! Even though both genres can be a bit spooky and dark at times, I believe the key journey is the same through one’s personal expressions and attachment to it. Both genres have an in-depth musical theory and technical edge that both can be edgy and epic at the same time. Just like the people who write it or listen to it, we both (whether you are a metal head or psychedelic trancer) will listen to music to escape reality and enter another world.

Psymedia: Yeah agreed. Anyways, it seems like in the last couple of years the amount of DJs around and the desire to DJ has increased dramatically (alongside the parties). Does this huge influx in DJs help or hurt the scene?

Critical Mass: Yes, it seems to triple every year! But there is loads of interest and talent and we do need new blood to bring the enthusiasm and energy into the culture. It’s a positive in that sense and it keeps the spirit of the scene alive for the future – the psychedelic cycle!  With regards to parties, they are every weekend now ( sometimes 3 a weekend) when I got into the scene there was maybe one a month, but I feel in Cape Town psy there is something for everyone. Yes we do have the huge commercial parties and some people complain but there are also more underground intimate parties, with different vibes and sounds to suite everyone’s needs! The scene is very diverse here, with loads of choice. There is something for everyone’s psy tastes.

Psymedia: Thanks so much for doing the interview! Sorry we had to cut it a bit short.