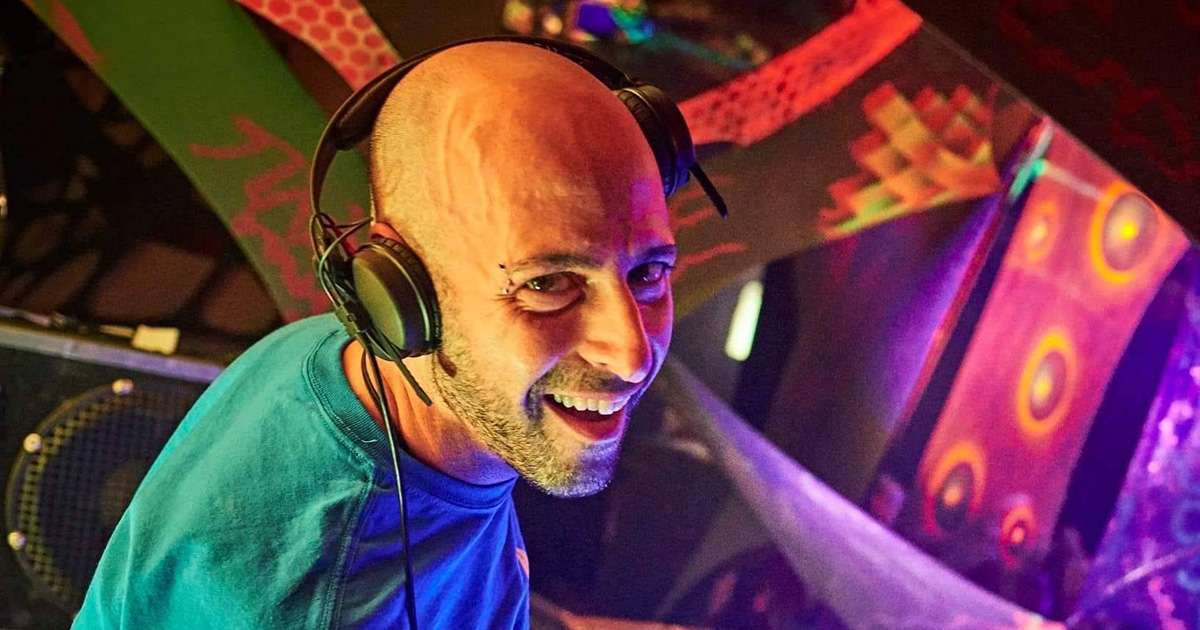 UK DJ and producer, Champa, will be making his first trip to the African continent in a few weeks, for the annual Mozamboogy held in Mozambique.

UK DJ and producer, Champa, will be making his first trip to the African continent in a few weeks, for the annual Mozamboogy held in Mozambique. We decided to have a chat with Izak, to talk about his lengthy career and upcoming performance at Mozamboogy.

Psymedia: You’re a London resident; a hub spot for all types of all types of music. What kind of influence did the UK scene have on you?

Champa: So, even before I started DJing back in 1994, I was into a smorgasbord of sounds. Being that I was born in the late 70s, I was influenced by all sorts of music – from disco, to funk, to mainstream pop & psychedelic rock. As a teenager, it varied from grunge to hip-hop. Even once I started to DJ, I found myself not sticking to any specific genre scene for too long. In 1996, I started off with jungle & garage, then moving to techno and trance/hard house. After that, I moved towards progressive & funky house. I switched it up by jumping to happy hardcore and then finding my way back to trance by 2002. I’d say that I’m generally into anything that’s good. It wasn’t until 2006 I found myself at an outdoor London event in the woods and hard the pumping psytrance sound. Hence, I don’t need to say anymore!

Psymedia: You’ve released a handful of compilations under the ‘GOA series’ banner, on YSE. Tell us about your contribution and relationship with YSE.

Champa: Well, I’ve actually released 10 double CDs with the Goa series volumes 49-58. I took a break for 59 and 60 will be out shortly. I joined YSE Recordings in 2012. German manager, DJ Bim, welcomed me with open arms, even though my sound was a little faster than the music being released at the time. I guess they just felt the vibes. In the last 4 years, we’ve certainly had our fair share of disagreements, but that comes the more you do business with anyone. They guided me through all my first releases, EPs and my first and second full-length albums. I would say they have been the backbone of my career.

Psymedia: Tell me about the transition from DJ to producer; with your first album “My Son” being released in 2013. Was my son an important release for you?

Champa: Well, I have been producing all music styles since 1999. I started with Reason software, which did a very good job for many years. When I entered psytrance, I felt Reason just wasn’t right for me. I gave up quickly and continued to DJ. When I started to DJ psytrance music, no one cared who I was from my past experience. I had to build up my career from scratch. I found out it wasn’t the easiest thing to do, just being a DJ in the psytrance scene. In 2011, I was told I would be a father, which gave me the inspiration to pull my finger out my ass and get moving with producing the music I loved. I took some Cubase lessons with a good friend, Mechanimal. He showed me how to basically manoeuvre around this new software. Since then, I’ve had many EPs and singles released on compilations.

In 2013, I released my first album, entitled My Son. Obviously, the birth of my son was a huge inspiration for getting it done, and the rest is his history. I think I’m close to 100 tracks by now. The second album, Tiger, was released at the end of 2014. I have now started my third album, and it’s about one-third completed. So as they say, keep your ears peeled!

Psymedia: This will be your first time at Mozamboogy. Why are you excited? What can the dance floor expect from your set(s)?

Champa: This will actually be my first time on the African continent. Mozamboogy is a parsec stone for me. I was actually offered to perform in South Africa this year in June. Unfortunately, I already had that weekend booked in Switzerland, for the Reisefeiber 12th edition festival. It was a real shame to lose out on something as prestigious as Vortex. When the promotion team of Mozamboogy contacted me I was over the moon. I’ll also be playing far away from home with my good friend, DJane Gaby. It’s particularly special as last year Gaby helped me compile Goa Vol 53. I’ll have a few copies with me at the event for some lucky people. I’ll be performing two sets at the party; a DJ set as Prozak and a live set as Champa.

Psymedia: Thanks for the interview, see you at the Boogy! Anything to add before we finish off?

Champa: I’m just so excited, I hope I don’t burst rainbows before I get there. See you all on the beach!