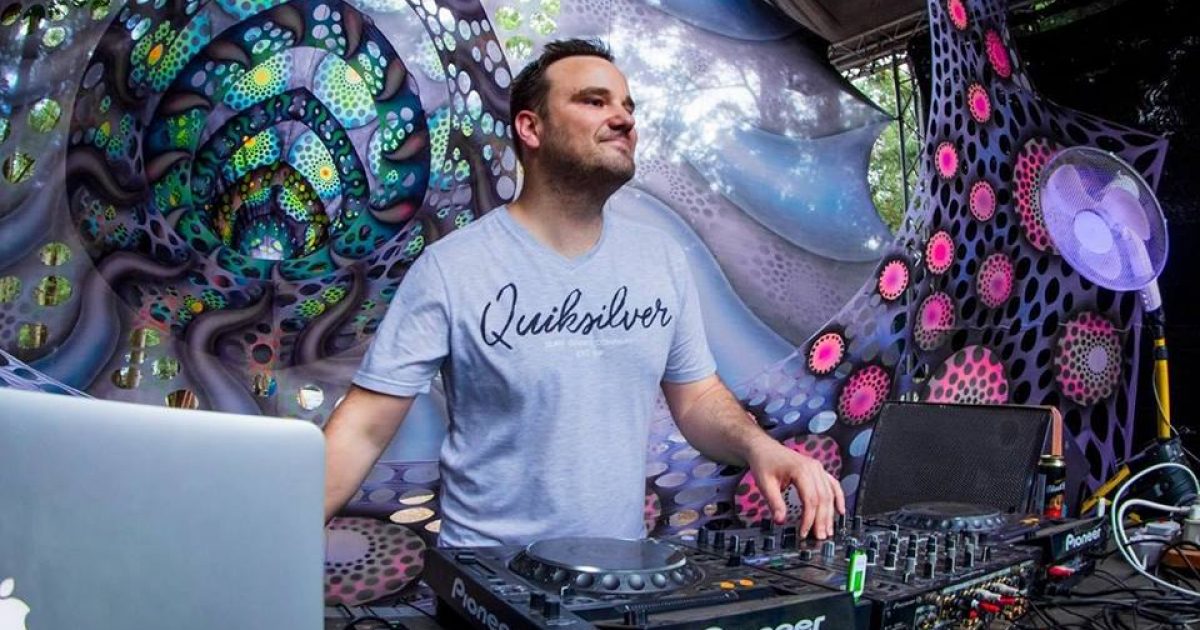 A Cape Town resident with a career spanning 10 years, Gareth is signed to the growing German label Solar Tech Records.

Chabunk is Gareth Webb. A Cape Town resident with a career spanning 10 years, Gareth is signed to the growing German label Solar Tech Records alongside the likes of Breathead, Corona, Darma, Shockwave and more.

Hey Gareth! To kick things off, tell me about how you were introduced to psychedelic trance? How did you come up with the alias Chabunk?

I was introduced to psychedelic trance back in 2000. Was partying out with a friend and on a Sunday morning at around 06:00 we stumbled upon this party at Kaaimans, which is a small scenic gorge between George and Wilderness. I think it was Mikey Dredd, he was playing some phat, fun bouncy tunes. I was hooked immediately. Back then things were different, a lot more underground, it took me months to finally find out what kind of music it was.

Sometime in the late 90’s I came up with this nickname Chabunk, I was joking around with a friend and somehow we just said this word “Chabunk” to describe throwing a large rock into a dam [laughs]. Somehow that nickname stuck with me. When I started producing I didn’t think my music would take off as much as it did and I just decided to use this name as I needed something.  A lot of people I have met since said they use the word Chabunk to describe a good feeling like “I am having a Chabunk day!”

Tell me about your relationship with Solar Tech Records. How did that come about?

My good friend Magnus (Corona/iTone) went to play some gigs in Germany about 5 years ago and met a few organisers. One of the event organisers was busy starting up a new label (Rene), and was busy working on his first V/A compilation. Magnus recommended some of my music to him and put me in touch. Rene liked what I was doing and asked if I wanted to join Solar Tech Records. Back then Solar Tech was very new and didn’t have many artists, but in the last 5 years the label has grown and done really well. I have a very close relationship with Solar Tech Records, and it’s been really great being part of the labels growth over the last few years.

After 10 years in the scene, what noticeable changes have taken place? What are your thoughts on the newer producers coming out of South Africa?

The parties/festivals are much bigger now, and as a result the event organisers can invest more money into their parties which results in a better experience for everyone attending. Now days it’s not unlikely to see 2 – 3 internationals at one festival, so there is great chance you’ll catch your favourite international artist playing. The music now is also less underground, and I actually like this. Why try hide something that so many people want to hear?

Music I find has also changed since. 5 or 6 years ago, at night, most of the festivals would play the harder, darker psy, and the day consisted mostly of “full-on” (142 – 145bpm).  Now days I find less of the dark psy being played at night and being replaced by the full-on beats. During the day things are much more progressive now. The new mix of psychedelic & progressive trance known as “psygressive” is doing really well at the moment. You will find a lot of the older full-on artists have all started a new psygressive projects. Because music is always evolving, as a DJ/producer you either have to adapt or get left behind. There’s a lot of new talent coming out now and I think it’s great. You always need new talent and ideas to keep the scene fresh and growing. I find however there are a lot of new DJ’s coming out from South Africa, but not that many new producers.

And you recently spent a month touring Germany.

I had a real blast in Germany. I spent the time with Rene (Solar Tech Records owner/manager) who looked after me really well. I played 6 gigs, they were located in Hamburg, Berlin, Perleberg, Lüneburg, Hanover & Rostock. My gig in Lüneburg was interesting, as I played a live & DJ set early in the night and soon as I finished I had to pack up, then a 2 hour drive to Hannover, and played another 2 hour live & DJ set. It was a lot of fun.

One thing I noticed that psychedelic trance is universal. Germany is quite different to South Africa in many regards, but when I’m at the parties it feels like I am at home. Each party was unique in its own way, for instance at Intact Expanda there were 2500 people for one indoor, but at some of the other parties there must have only been around 400 – 500. Irrespective of size, each party was rocking and everyone there had a great time. My sets were well received and I got lots of great feedback! It was also great to meet some of the fellow Solar Tech artists such as Darma, Vandetta and Armonix.

Music Should Be Felt Not Heard was your first full length. Can you tell me a bit about it?

To me, music is not just a bunch of random noise but part of my life. I mean, who could live without music? When you listen to a good track, you sometimes get goose bumps. That’s how music should be, it’s something you feel rather than just some background noise. I like music that makes people feel good and takes them from one place to another.

The album took about 2 years in the making. I didn’t want to just slap something together, but rather focus on trying something unique. Nowadays there are not many artists who produce full length albums, but rather focus on releasing more frequent EP’s or singles. Along with Solar Tech Records, we felt that any great artist would need to release a full length album at some point along their journey so I considered this a stepping stone.

I cannot wait to play again back at home, see you all there!