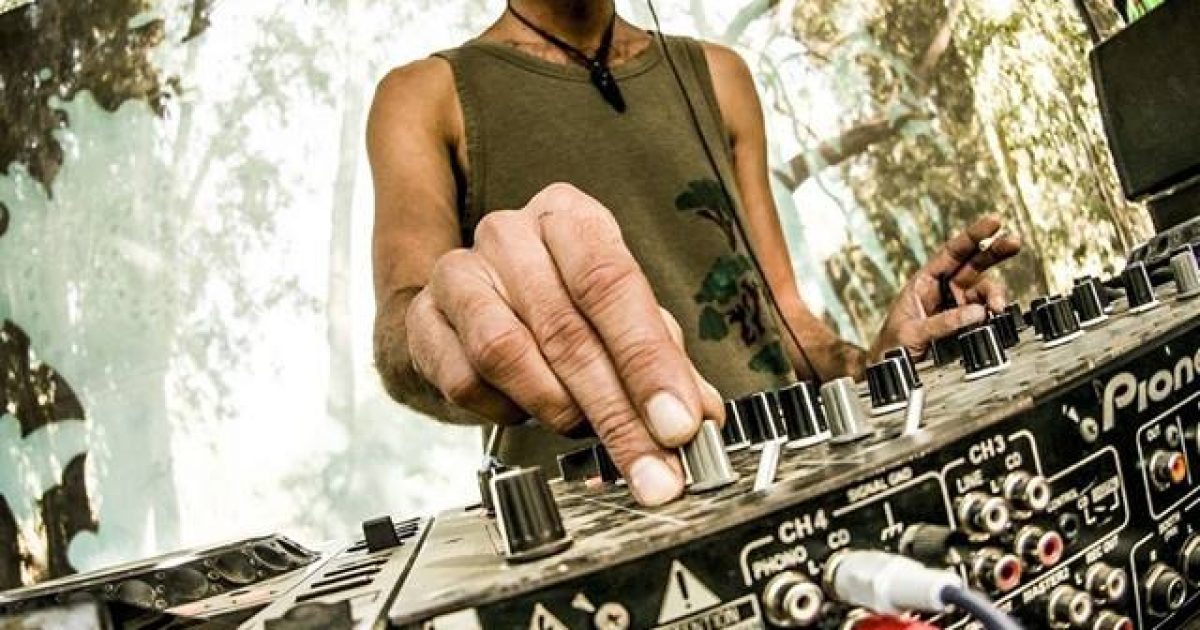 We're back for another interview with Bruce, also known as Solar Axis, Synchronist and Spliff Politix. It's been just over a year since our last interview, and in such a short time it's apparent the landscape of Psytrance in Cape Town on both sides of the dance floor is somewhat changing.

We’re back for another interview with Bruce, also known as Solar Axis, Synchronist and Spliff Politix. It’s been just over a year since our last interview, and in such a short time it’s apparent the landscape of Psytrance in Cape Town on both sides of the dance floor is somewhat changing.

Psymedia : Howzit Bruce! It’s been roughly a year since we last spoke. What have been the biggest changes for you in the scene?

Bruce : I think the most noticeable occurrence lately has been the sudden hoisting into the spotlight because of negative views from public and press. This has impacted on many levels on the scene and if there was any time for us to reflect on what we stand for, it is now. The general outlook at the moment is that we are simply a hedonistic, escapist, substance abusing cult fronting itself as a festival to attract school kids. It is however, easy to see how an outsider could get that view, considering that so many party goers still act without any thought or conscience, and quite honestly, seem to be missing the point entirely. Even some people who have been attending for many years will turn around at the end of the day and say, ‘but it’s just a party, ain’t it?’

Well, maybe that has become the case, as the influx of attendees leaves little room to have time to instill the ethos and meaning of what separates our gatherings from other ‘parties’. And at the same time, people should not be spoon fed, finding out the meaning is part of the adventure, the realization of self and community, the universal initiation. Learning to love and respect the mother earth and each other, learning how to use our creativity and imaginations to dream of a better world and not stay in this current nightmare. You can’t force people to realize these things. You can just create an environment which is a conducive space for those experiences and hope they eventually get it.

Psymedia : I read about your idea to offer music for a flat monthly fee. Do you think the current route of going through a record label isn’t viable anymore?

Bruce : Well, I think that at the moment, we are going through a transitional phase in how consumers access music, and there is plenty room to test novel methods of distributing music and shortening the distance between producer and listener. The current paradigm exists, because producers are scrambling to get their music released in a highly saturated market, essentially giving away their music, just to get on a compilation and get heard.  By the time the track has gone through the process, any re-numeration is practically laughable and most artists never see a cent.  Yet at every event, I am asked where people can buy a CD with a mix on it, or original local music. So I am in the process of creating a platform that gets the music from the artists studios into your living room or car in the most direct manner, for the most affordable price, yet the musicians still get re-numeration.  Check out From the Source Records and Music Distribution on Facebook.

Psymedia : We’ve definitely seen an increase in the amount of events taking place. How can a balance be created between booking established artists, and providing a platform for newcomers?

Bruce : I think it helps if each new production event crew has its own flair and style. The last thing we need is another ‘Generic Psy Productions presents Psy-Stuff number 1827.’ A good line up will cover many styles and have a build in structure which creates a seamless flow from one style to the next. That takes some thought from the organisers side, ensuring they book the right DJ’s for the right times, and not thinking in terms of who is hot or not. Line ups should be booked on musical coherency not social party politics. There must be room for newcomers, yes, but I feel that too many new DJ’s haven’t learnt the ins and outs of what makes a dance floor tick by playing the early sets. It is easy to make a full dance floor rock with the latest killer tunes from Beatport, but your stripes are earned when you have to build a dance floor from scratch, when you have to climb out of comfort zones and piece together the building blocks, subtly building the intensity up layer by layer. The dynamic principles learnt in those sets add hugely to your abilities as a DJ, and I think that for any DJ wanting to make it in this scene in the long term, they should stop chasing the prime sets, and refine their craft by playing the difficult sets and small intimate parties. That is where you learn the most and get the most fulfillment.

Psymedia : Why are you getting bookings for DJ sets and not live sets? What happened to your Synchronist project?

Bruce : To get booked for live sets, you need to be writing consistently and getting demos out there. The last year I found it really difficult to write Psy, as I want to be able to add something unique to the global and local soundscape and not just repeat myself stylistically or chase after what everyone else is sounding like. In the last month, however, I have felt very inspired again and am in the studio daily, writing material for a new live set. It’s an awesome feeling, and I didn’t realise how much I missed and enjoyed it until I started actively producing again. For now, follow my page on Soundcloud for free downloads, or check out my Mixcloud page for DJ sets (Ambient, Psy, Prog, Psybreaks, Dub, Glitch-Hop,  and even Rock) as well as Spliff Politix and Solar Axis live sets. Synchronist material to come soon too, but for now, I’m concentrating on the Psy!

Psymedia : I asked DJ Mark this one as well. Your sets seamlessly blend old and new school tracks. Do you think some artists are too quick to play only charting tracks whilst forgetting old gems?

Bruce : For me, it’s simply a case of using the right tool for the right job. New isn’t necessarily better, in fact, the older the track, the closer it is to the original source intent. The purer the message. Yes, today’s ‘production’ levels are leagues better than they were 15 years ago, but the intense creative and dare I say it, spiritual energy has been highly diluted. Luckily, many people have now got tired of chasing fads and are returning to the original spirit of trance dance, but amplified through modern techniques, not replaced by them.

Psymedia : Although we’ve seen an increase in outdoor parties, I think it’s fair to say it’s become harder to throw one, and could become harder in the future. As an artist who is reliant on gigging as an income, is it somewhat concerning events, and as a result your sets, may not take place?

Bruce : Yes. Like I said, time to get creative and find new ways to interact with this thing we are all involved in. It’s a highly saturated playing field at the moment, but many faces come and go. Some burst in and make lots of noise and then disappear just as quickly. I am relying on two things to get me through this. Intent and consistency.

Psymedia : What can the dance floor expect from your set at Equinox Experience Play Festival 2013?

Bruce : I don’t even know what to expect. As usual, it will be a surprise until the actual moment I open my CD wallet. Even for me, it’s gotta be an adventure, after all.Psymedia : Any upcoming releases you want to mention?

Bruce : Yes, EPs on Nexus Media and {psy.ology} Records as well as a couple of singles on compilations. Also, some new tracks just uploaded to Soundcloud in the last couple of weeks, available for free limited download as my production alias Solar Axis

Psymedia : Thanks for the interview! See you at Equinox Experience Play Festival 2013! Anything to add before we finish off?

Bruce : Thanks to lionbru and the Psymedia crew for the interview and on going efforts to create awareness and exposure of our special sub-culture and to all the smiling blissful faces on every dance floor who make all the trials and tribulations more than worth the effort!