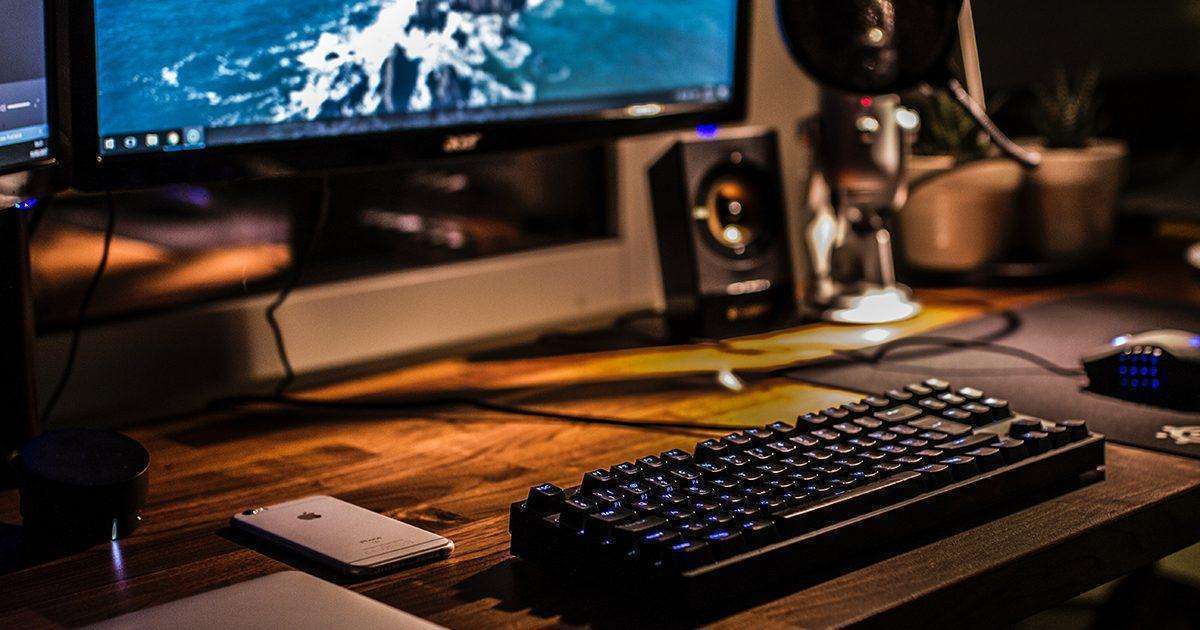 If you’re becoming bored inside due to the coronavirus pandemic, one way to kill a bunch of time and learn a new skill is to build a music production PC. While some enthusiasts might tell you to purchase a Macbook Pro or laptop, many will argue a desktop computer provides better value. There’s a massive choice when it comes to the components and customizing your PC.

We have put together 4 different computer builds at different price points that we feel might be appropriate for electronic music production. Besides the computer build below, don’t forget that you will also need an OS (like Windows 10), your DAW software or peripherals like keyboard, mouse and screen.

As reference points, we will look at the requirements of popular DAW software Ableton Live 10 and Cubase Pro 10, which both require at least an Intel i5 CPU, 4GB RAM (8GB RAM recommended) and Windows 10.

If you prefer, we have also recommended a bunch of pre-built music production computers that you can purchase without the hassle of building yourself.

What all these builds do feature – quality components, best bang-for-buck, fast storage and a fully modular power supply for convenience. They should exceed the minimum of any DAW you use.

This beginner audio PC build is the perfect solution for students and people who are just looking for an introduction into the world of music production. For under $550, this is a steal for the power you get.

It’s a capable’computer that will be able to do most things. It’s got audio editing capabilities and fast, big storage for holding your projects. There’s also room to upgrade components down the line. It’s missing a dedicated graphics card, but the onboard should be sufficient for starters.

This Home Pro Audio Production build is intended for being a fast at-home professional studio PC. It’s got fantastic performance thanks to the 8-core, 16-thread AMD Ryzen 7 3700X CPU.

With a 1TB M.2 SSD as a primary drive and 2TB SSHD as a secondary drive, you’ll have enough space to store audio files and access them quickly. The computer case has also been upgraded to a full tower and there’s a dedicated graphics card (RTX 1650 Super).

If you’ve got an extra bit of dough lying around or take your music production career seriously, this build will be able to do just about anything you ask it to. It’s a high-performance, professional build that will rival even some of the most expensive Mac builds.

The AMD Ryzen 9 3950X is currently the best CPU on the market. The GeForce RTX 2070 SUPER might seem overkill, but some plugins like VCV Rack renders its GUI in OpenGL. This build also includes 1TB SSD + 2TB SSHD storage, a full tower case with watercooling and 64GB of DDR4 RAM.

In our DAWBench test, the AMD Ryzen 9 3950X performed superbly, in fact much better than their Intel counterparts which cost much more. Later this year AMD’s 4000 series will be released, which is also something to consider.

With the recent launch of the 10th Generation Comet Lake-S chips, most noticeably the Intel Core i9-10900X, which boasts 10 physical cores with 20 threads plus a boost clock speed of up to 5.3GHz, we have also added this Gold Audio Workstation Build with an Intel CPU and slightly different components. However, in our DAWBench tests, the i9-10900X fell behind the Ryzen 9 9350X.

In conclusion, these are just 4 computer builds that are a starting point at three different price points. There might be other components such as a different computer case and mouse that you have a preference for. Please do your own research, check the DAW recommended hardware and good luck with your build!

How much RAM do I need for music production?

At the very minimum, your music production PC should have 8GB of RAM. If you have a flexible budget, rather go bigger with 16GB or 32GB of RAM.

Do you need a good computer for music production?

If you’re a music producer and take your hobby or career seriously, then you will definitely need a decent computer or laptop for music production. Saying that, it’s not impossible to get away with something that you already have or on a tight budget.

Do you need a good graphics card for music production?

A graphics card does not matter much in terms of a music production PC. In some instances, an onboard graphics card will be sufficient. However, it is possible for a graphics cards to solve non-graphic tasks, which reduces strain on the CPU.

Is Mac or Windows better suited for music production?

Today, a Mac or Windows computer will be suitable for music production. However, with a PC, you might receive better value for money, as Apple Macs tend to become costly.

What is the fastest Intel CPU?

In May 2020, Intel released the i9-10900K CPU, which they claim to have 31% better overall system performance versus a three-year-old PC.

What is the fastest AMD CPU?

The AMD Ryzen 9 3950X features 16 cores and 32 threads, making it excellent for heavily threaded computer work. However, the bigger brother, Ryzen Threadripper 2990WX features an insane 32-cores and 64-threads –plus a boost clock of 4.2GHz.

Do you need a graphics card in a music production PC?

If you’ve got the budget, a dedicated graphics card is highly recommended in a music production PC. This will allow your CPU to act independently and perform tasks on its own.

Is Intel or AMD better for music production?

The gap has closed quite a bit. AMD currently provides better value-for-money, which is why we’ve based 3 of the builds above with them. However, there’s nothing wrong with Intel, especially their latest 10th-generation lineup.

Most likely! Since gaming requires a fast CPU, a large amount of storage and lots of RAM, it’s most likely it will be good as a music production PC.

Support Psymedia by sharing this article or following us on social:
Tags #Best Of
Previous

Millennials are going into debt to attend music festivals