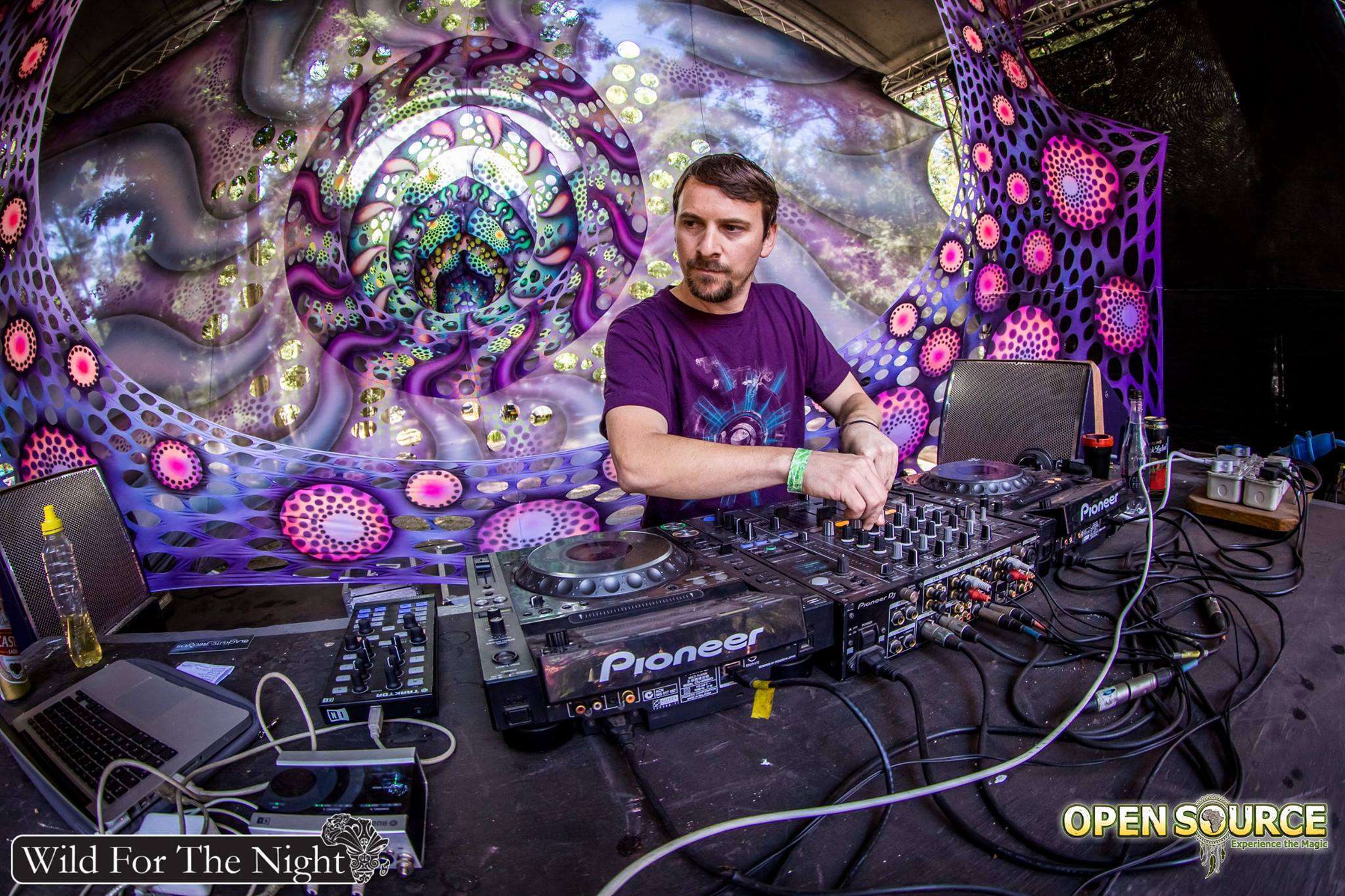 Bernz is Bernard Eppenberger, an eclectic DJ and producer hailing from Cape Town. His introduction to Psytrance occurred before the millennium, which lead to his first belt-drive turntable and vinyl collection

Bernz is Bernard Eppenberger, an eclectic DJ and producer hailing from Cape Town. His introduction to Psytrance occurred before the millennium, which lead to his first belt-drive turntable and vinyl collection. In 2008, Bernz returned to Cape Town after two years of travel, and re-emerged in the scene as a resident DJ for Beartrap Productions. Two months ago, Bernz released his first EP entitled Another Life  on {psy.ology} Records, with a massive response from the scene locally and abroad.

– The following questions were compiled on behalf of Psymedia by lionbru

Psymedia : Howzit Bernard! To kick things off, tell me a bit about yourself and how you were introduced to Psytrance?

Bernz : Hi! Well, I grew up in Table View, Cape Town and was always into alternative music as a kid. I started playing drums at about 16 and was introduced to Psytrance at a Vortex in 1996 which went down just a few kilometers from my house (at the Ostrich Farm). It was not long after that that I got my first belt drive turntable and started collecting and swapping vinyl with a few of my friends. My first gigs were at a few house parties and then it all began at Getafix upstairs from the Hemp shop.

Psymedia : How did you decide on the alias Bernz? Was that a nickname that’s stuck with you for most of your life?

Bernz : The alias Bernz or also Berns is pretty much a nick name I have had for quite a long time. A friend of mine used to rip me off and always call me DJ Bernz so I said, ‘OK, cool that’s what it’ll be then.’

Psymedia : What positive changes in the scene have you noticed over the years?

Bernz : Parties have become way more diverse, crowd wise and music. I also think organisers are really looking after the people and catering to their every need.

Psymedia : Tell me a bit about your latest EP entitled Another Life and working with {psy.ology} Records?

Bernz : Firstly, a big thanks to Calvin and Nick at {psy.ology} for asking me to release this EP on their label. I never really think my music is ready for release, but these guys give me a little push and are so organised that, before I can doubt myself, it’s already released. The EP did well and made it to number 17 on the Beatport charts, which is much better than I expected and so awesome for me, so, huge thanks to everyone who supported me. The release is available on Beatport, iTunes and Juno Download.

Psymedia : I believe DJ Tsubi dropped one of your tracks at Boom Festival last year. How did it feel hearing about it? Does it motivate you to produce more?

Bernz : This track titled Tiny Taste was seen on Soundcloud by a good friend Jon Subsaharan from Subsystem Records about 2 years ago. I was going through a bit of a cross roads at the time, deciding whether to stop the Psy production as I was struggling to get sets at times where I could even play the stuff I was producing. I was in real need for a sign and the very next morning I got a message from Jon, straight from the Boom dance floor telling me that my track was being played to 20 000 people and was rocking the dance floor, so I was like, ‘OK, time to make another track then!” DJ Tsubi has always been one of my favourite DJs as I’ve always admired him for his diversity and it was a huge privilege for him to select my first release as one of his tracks to play at Boom.

Psymedia : You struggled to get sets at times where you could play the stuff you were producing?

Bernz : My style has always been aimed more at opening and closing styles, more prog style, even my more Full On stuff has a prog influence, so I think the key is to start producing more in that style and yes I have not done a live set yet. I really just love to DJ and add some of my own tunes in the mix.

Psymedia : Tell me a bit about your side project LS.Dork?

Bernz : So LS.Dork is one of my side projects, mostly minimal tech but also a combo of various alternative styles of intelligent electronic music all with a psychedelic edge. I have always wanted to bring something different to the Cape Town outdoor scene but it can be quite difficult at times, exposure wise, trying to lure peeps from the main floor who are there for and expecting banging Psy and sometimes, maybe, do not quite get the slower 128bpm stuff. But lately the response has been good and I think the scene will grow as people start looking for, not better, but different, intelligent beats.

Psymedia : Your sets have been versatile and as a result allow you to be booked at different times of the party. Do you have a preference when to play?

Bernz : I like to play pretty much any time except, maybe, twilight. But my favourite slots are either early evening or late afternoon building up or down. It can be trying at times as I find myself getting booked for a lot of opening sets which sometimes bring with them empty dance floor. Having said that, I really just enjoy playing. Taking the crowd on a journey through the music rather than just banging out 1 phat beat after another.

Psymedia : What sounds are you looking to explore in the future production-wise?

Bernz : I am really loving the analogue style of Techno out there at the moment. Guys like Victor Ruiz and Boris Brejcha – this stuff is next level in my books. As far as Psytrance, I still really dig the traditional psychedelic stuff whether it be night time or daytime as long as there are not too many buildups and drop (Full On style), should be groovin’ and interesting. Some of my favourites at the moment are Manmachine, Ectima, Earthspace and Shekinah.

Psymedia : What can the dance floor expect from your set at Remanufacture? What are your thoughts on DJs playing into each other for 30 minutes? How might this change the flow of the music?

Bernz : My set at Remanufacture will probably be quite progressive but I will definitely keep things very groovy, very psychedelic. I think the 30 minute cross over is an awesome idea and perhaps will challenge the DJ’s to be a bit more impulsive. It’s gonna be fun, I can’t wait.

Bernz : I have a couple of tracks pretty much ready but I still want to play them out a lot more before I release them so keep an eye out, that’s all I can say for now. Cheers, thanks to Psymedia and thanks for the support.