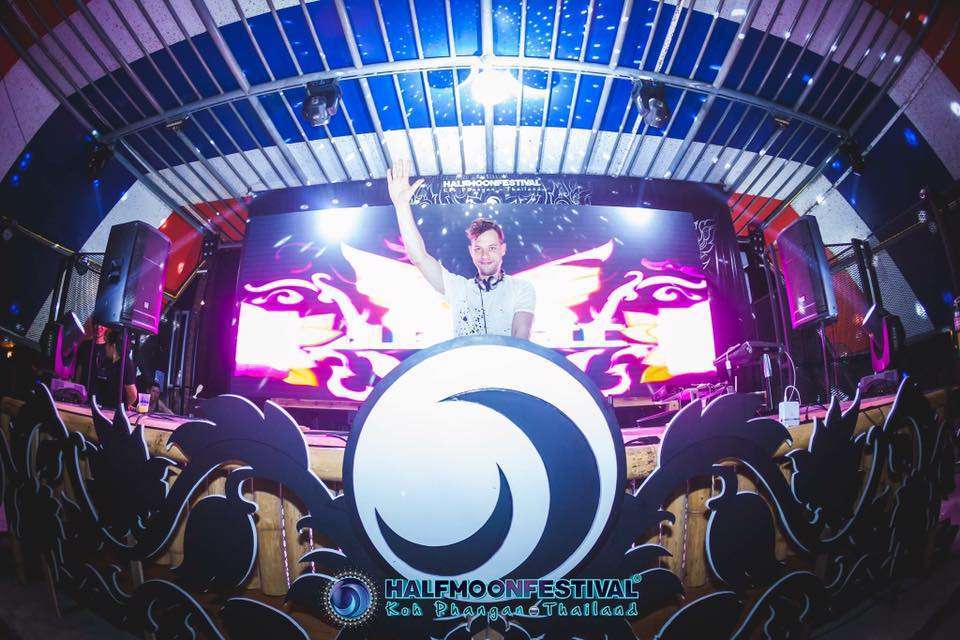 Audiomatic is Benjamin Halfmann. The German born DJ and producer has been involved in the scene since the first wave of Progressive Trance before the turn of the century. He was also one of the first artists to be signed to Vaishiyas’ Spintwist Records, which has played a prominent role in the Progressive Trance scene, especially in Germany.

Psymedia : Hey Benjamin! To kick things off, tell me about your introduction to Progressive Trance. What was it about the music that captured your attention [especially over other electronic genres within Germany]?

Audiomatic : I was 15 years old when I first started listening to Goa/Psytrance. Before then I was listening mostly to Metal, Punk and Crossover. A track called Goa from The Prodigy was the key for me to discover this new music style.  I didn’t like other electronic music styles very much at the time and was totally infected with the Psytrance virus. I was soon focused on Scandinavian and German producers like X-Dream/Delta, Atmos, SBK/Tarsis/Disco Slickers, Noma, Haldolium. The slower and more minimal style fascinated me.

Psymedia : Tell me about meeting Hannes Klitta (Vaishiyas) and your relationship with Spin Twist Records?

Audiomatic : I’ve known Hannes for many years and we were already friends before he started with Spintwist Records.  My music was fitting to the style he wanted to release on his label.  So it was a logical decision for me to join his label as one of the first artists. Now, after many years of professional co-operation, funny studio times, many beefsteak and beer sessions with him, I must say I am very happy to have such a good friend and label boss all wrapped up into one person.

Psymedia : With the likes of Neelix, Day.Din, Symphonix, Protonica, Klopfgeister and yourself gaining popularity around the world, do you ever see the German Prog scene breaking into the mainstream [within Germany and abroad]?

Audiomatic : I don’t know. When I hear the word “mainstream” I think more along the lines of David Guetta or Avicii, as in German Prog artists. But I certainly believe that the Prog scene will continue to rise in importance in the EDM scene worldwide.

Psymedia : Is your new studio finished? How does having a proper working space streamline the production process?

Audiomatic : My new studio is not finished 100% yet. Still some more details to be added, but the sound is already pretty clean. Because there is no window and no noises from outside, it’s a bit like sitting in a bubble without contact with the outside world. So you can focus very quickly on the music without any distraction. I’ll tell you more about it in the next interview, when everything is finished!

Psymedia : Last year you released the fourth inception of the Audiophile series on Spintwist. Tell me about the compilations. What’s the process been like of putting together each one?

Audiomatic : Normally I ask friends and good colleagues if they would like to join my next compilation and then I only choose tracks which fit into my DJ sets. It can take several months before I receive a track from an artist only to find out that it does not fit into my compilation. It’s the most difficult part of my work to have to tell friends that I don’t want to release their track.

Psymedia : You also released a compilation entitled Progressive DJ Tools. What’s the idea behind the series? How does it differ from the Audiophile series?

Audiomatic : The Audiophile series contains mostly unreleased tracks and is released physically and digitally. Progressive DJ Tools contains previously released tracks that I am playing in my DJ sets. The release is only digitally available and the price is very low. The idea was to offer people who like my DJ sets a bunch of my favorite tracks for a good price.

Psymedia : I believe you’re working on a new EP with Unseen Dimensions and Durs. Could you tell me about that?

Audiomatic : The EP is going to be released soon at Spintwist Records. The two sessions with the guys are some of the first productions in my new studio. We started the tracks when they were in Europe for a tour and I finished them after they went back home. The mastering will be done by myself since I do the mastering for most of the releases at Spintwist Records.

Psymedia : You’ve had a taste of the South African scene, having played at two indoor parties in Cape Town and Johannesburg in 2011. What are your thoughts on our country in general and party scene?

Audiomatic : My first and short trip to South Africa in 2011 was awesome. I was very impressed by the beautiful nature and the wild animals I have never seen before. The parties were rocking like in the best clubs in Europe. Everybody was so friendly and I made many new friends in a few days. Now I am super curious to experience my first outdoor event in Cape Town!

Psymedia : Thanks for the interview! See you at Love & Light! Anything to add before we finish off?

Audiomatic : I can’t wait for Love & Light! So keen!