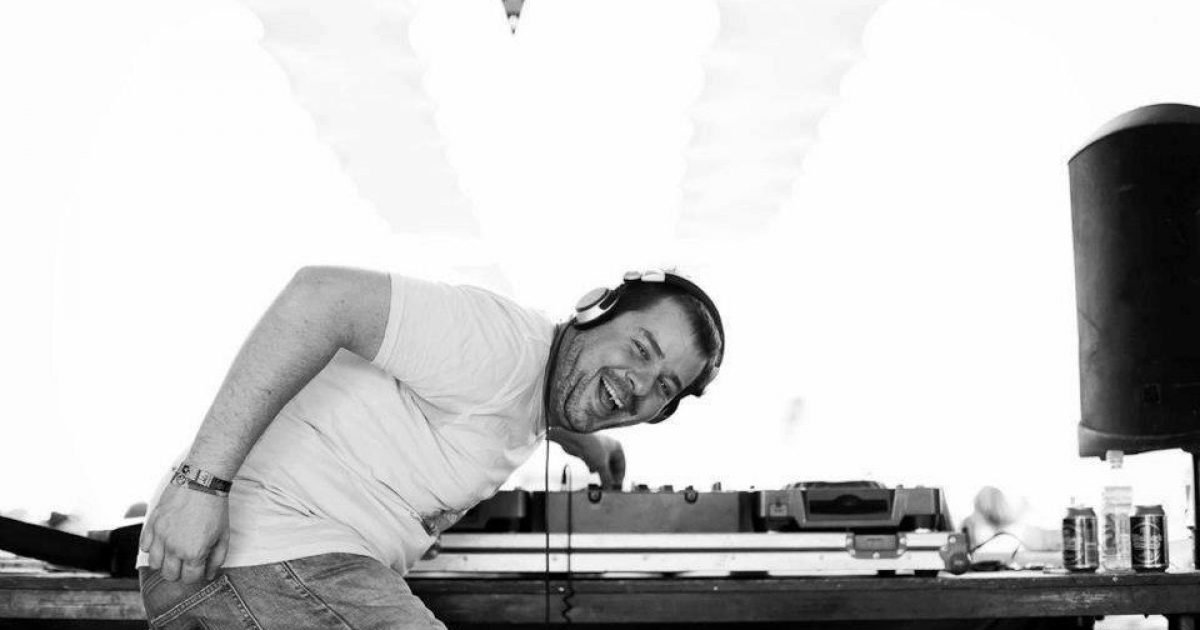 Besides his duties behind the decks, Joao plays a prominent role in the world-renowned Boom Festival as well as labels One Foot Groove and Timecode Records.

We decided to revisit the first artist we interviewed two years ago – Portugal’s Anestetic! Besides his duties behind the decks, Joao plays a prominent role in the world-renowned Boom Festival as well as labels One Foot Groove and Timecode Records. Anestetic has been a regular feature in Cape Town over the seasons, having played for parties like Rezonance NYE Festival, Alien Safari, Groovy Troopers, The Village and more.

Psymedia : Hey Joao! The last time we spoke was at the beginning of 2012. What’s been the biggest changes for you as a DJ, label manager and artist manager over the past year?

Anestetic : Hello and thank you so much for having me once again. As a DJ, not a lot has changed. I have been having an awesome time, experiencing new places and meeting awesome new people. Playing around Europe and South Africa has been great. As a label manager, a lot has changed. One Foot Groove is now bigger and better! We have a team of 4 people working around the clock and have a lot of surprises for 2014, including several releases. As an artist manager, it has been getting busier and busier as the years go by. Not only with the artists we represent on the label, but working for top events too. I really must say I enjoy it, and I’m happy with the way things are going.

Psymedia : Your second compilation entitled Timecode Anestetic was just released on Timecode Records. How did compiling the tracks differ from your first compilation Kartuxo?

Anestetic : Timecode Anestetic was a totally different approach to compiling than Kartuxo.  In my latest release the theme is 11 tracks in 11 years. I searched for tracks that were related to the 11 year existence of Timecode. I also decided to include artists who have been a part of Timecode for a long time, and mix them with artists who have been in the scene for a long time. All of them were super happy with the invitation and it was an awesome experience. The major difference, in my opinion, is that the project had no deadline. All of us worked on it for about 2 years. I really needed a no pressure system in order for the artists to have as much time as needed to be 100% satisfied in their tracks.

Psymedia : In our previous interview you mentioned a compilation entitled Uruburus to be released in early 2012. What happened to that?

Anestetic : [Laughs] Uruburus is Timecode Anestetic. As I said before, it was a 2 year project and we decided to give the artists as long as it took. Somewhere along the lines we also decided to change the name of the compilation.

Psymedia : One Foot Groove has been relatively quiet over the last year or two with releases.The label has now signed a number of artists. What are the plans for the label in 2014?

Anestetic : One Foot Groove has been focusing on bookings and signing artists in the past 2 years. We have been very active in Europe booking our artists in countries like Switzerland, Italy, Germany, Portugal and Netherlands. We are taking a much more professional approach to the scene as well as putting in to place new strategies in order to adapt to the new rules this industry is run by. There are several releases planned for 2014. D_Maniac‘s Obssessions II, debut albums from Synthom and Demosys, a compilation by Delta and another by South African legend Bruce. More releases and ideas in the pipeline that I’ll let you know in due time!

Psymedia : Your latest signing includes Cape Town resident Glitch. What do you look for when signing new artist?

Anestetic : There are several things we look for when signing an artist. Music is fundamental and the key, but there are other things we take in to consideration. Personality and professionalism is also very important for us. We get them gigs and they represent us across the globe, so we need to make sure we pick the right people. We are fortunate to work with the top professionals, and we are proud of what we have achieved together.

Psymedia : Have you considered producing? If not, why?

Anestetic : Not at all. I don’t have the talent or patience to produce music. I am also so busy with all the work I do. I believe there are enough people out there making music with absolutely no substance. I leave the music making to the people who really enjoy and love what they do. I love event production, artist management and mixing music – those are my professional passions.

Psymedia : We’re just under 9 months away from Boom Festival 2014. As artist manager, how long in advance do your duties begin? Does Boom take away from your other duties (as a DJ, label manager) or have you managed to balance things seamlessly?

Anestetic : For this edition of Boom Festival I’ll begin working this month. It’s hard to balance my other duties and Boom. It’s a huge festival and I’m totally committed with huge amounts of love. But where there is a will there is a way, and things do tend to fall in to place. One Foot Groove is also now managed by myself and 3 other people – Nick, Dylan and Valac. This allows me to focus more on Boom and they cover me at One Foot Groove. When it comes to my DJ life, fortunately I have the best bosses in the world who understand me perfectly and give me 100% freedom to do what I need to do.

Psymedia : Why should South African’s join Boom Festival this year? Any special secrets you can spill?

Anestetic : For the last edition of Boom Festival in 2012 there was a strong contingent of people from South Africa. Not only partying but also working there. Portugal is an awesome country and Boom is simply one of the best events in the world. The diversity that Boom offers in terms of music, art and sharing is simply amazing. Boom Festival, in my opinion, is the pinnacle of psychedelic culture. Everything I dream and talk about in one place. It is a true team achievement where everyone counts just as much as the next person.

Psymedia : What were some of your 2013 highlights?

Anestetic : 2013 was an awesome year for me, as my career progresses so do the events I play at and the number of countries I visit every year. There where several awesome moments this year. Insomnia Festival in Portugal, Shanti Club in Roma, Decoordination in Munich, Explosive Nature in Switzerland and S.U.N Festival in Hungary just to name a few. Also compiling Timecode Anestetic was something that really made me happy and I’m proud of the results!

Anestetic : I have been invited by Timecode to start working on another compilation, however I have no idea when it will be released. I’ll start working on it after Boom Festival 2014. There are several albums due for release that are worth keeping an eye out for. Besides the above mentioned One Foot Groove releases, Tickets and Android Spirit albums on Timecode and a new Acibo Cronicals compilation by Daksinamurti and Gata Freak on Sangoma Records.

Anestetic : I just want to thank Psymedia for your professional approach and real approach to the Psytrance scene in South Africa. Your event reviews and interviews are a pleasure to read. It gives people who have never been to South Africa a real feel of what the scene is all about. I wish all of you an awesome 2014 with everything you aspire to achieve. Anestetic out!