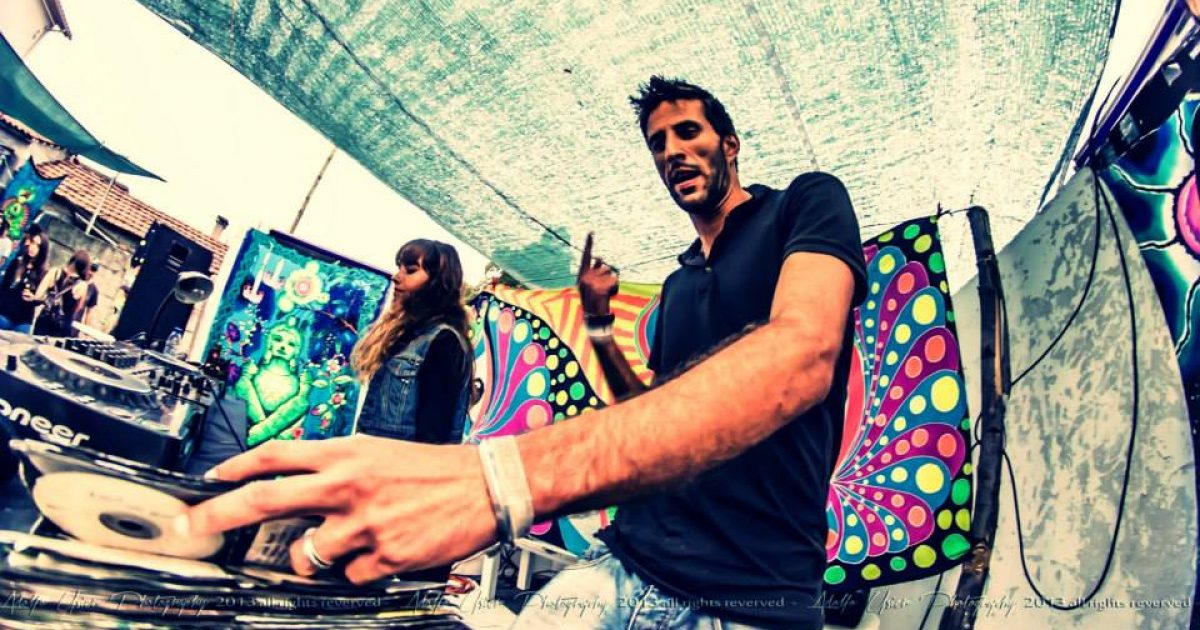 A-Mush has quickly risen to the top with his slick productions and it was only a matter of time before he caught the eye of a South African promoter. This weekend he'll be playing at Alien Safari's Masqued Ball 2013 from 05:30Am to 06:30Am, and trust me, it's going to be a slammer

A-Mush is the solo project of Portuguese producer Joka. Since his debut album Behind the Dark in 2008, his music has evolved releasing on labels like Global Army Music, 3D Vision, Dropland and more.

Psymedia : Hey Joka! To kick things off, how did you become involved in Psytrance? What was your first experience?

A-Mush : Well, my first experience was in 2005. I went to a big party with my friends in my home country of Portugal and when I looked around at the party – the fluorescent lights, the colours, the awesome stage, the sound system and the people, everything was amazing. And since then I have fallen in love and started going to a lot of parties [laughs].

Psymedia : And A-Mush started out as a duo? What does the name mean?

A-Mush : Yes, that is true. A-Mush started as a duo but then it became impossible to continue the project in its form, so I gave continuity to the project. The name means ‘amazing mushroom’ like in the game Super Mario. When they catch the magic mushroom, what happens? They are full of strength and energy, right? So that’s why the name was picked.

Psymedia : How did you start producing?

A-Mush : At the age of 17 I already worked with some production programs, just to pass the time and to be entertained. But then a friend gave me the right tools, and from there I went home and explored properly.

Psymedia : Take me through your typical approach to making a track.

A-Mush : Well lionbru, if you want to know I started taking piano lessons since I was 4 years old until I was 12. So sometimes it is easy when I’m in studio making a melody, or a stupid one, I can make several different and start from there. Other times I must listen to other tracks for inspiration because sometimes we don’t always have the idea in our heads, you know?

A-Mush : Not only help, but it is also essential for any style of music. For me at least it was a big help in starting production as I already knew musical scales and tones, so that the music sounds good,

Psymedia : Are there any production trends you hate hearing? How do you maintain a signature sound?

A-Mush : I like almost all kinds of music and style, until it does well not to stay sealed in the same style. Which is also good to take away different ideas. I just do not like Psytrance songs that have singing voices. To create my own unique style I always try to use crazy melodies that have to do with my person and image, while in the Hi-Tech and Night Fullon style.

Psymedia : Do you feel like you entered the scene at the right time? Has the internet been a big help?

A-Mush :Yes, a lot of the public tells me that I came at the right time because when I started playing my live act there were only 2 or 3 Full On Night artists in Portugal. So then I could create my part and be an original feature. Yes, social networking has been a great help to promote my work. Then until now it has helped a lot.

Psymedia : What are your thoughts on the South African psytrance sound?

A-Mush : I have already played with some South African artists such as Ironstein, Hiyarant, Rubix Qube, Biorhythm and Shift. I think the South African style is very unique and strong.

Psymedia : What have you heard about the parties in South Africa?

A-Mush : I’ve been to a party before that was on a beach, but nothing compared to a big name like Alien Safari. I saw some of the photos of the venue and it’s awesome that I will play for the first time [properly] on the beach and it will be my first time in South Africa!

Psymedia : What can the dancefloor expect from your set?

A-Mush : Well, I don’t know. I will play new released tracks, as well as some unreleased ones that will be on my EP soon. I hope the dance floor will enjoy my set as much as I will enjoying playing to them!

Psymedia : You’ve got a long flight to Cape Town!

A-Mush : I think I will sleep [laughs] or maybe watch some movies or listen to music. Because the flight will be very exhausting but at the same time I am very anxious to arrive there.

Psymedia : Thanks for the interview. Anything to add before we finish off?

A-Mush : First of all I want to thank the Alien Safari team for inviting me to play at one of their great events. I also want to thank you, lionbru, for this brief interview. Lastly, I hope to see you all on the dance floor at 5:30 AM to do some dust [laughs]. See you next weekend guys! Joka/A-Mush.